Corcoran bidding for unprecedented four-in-a-row at the Close 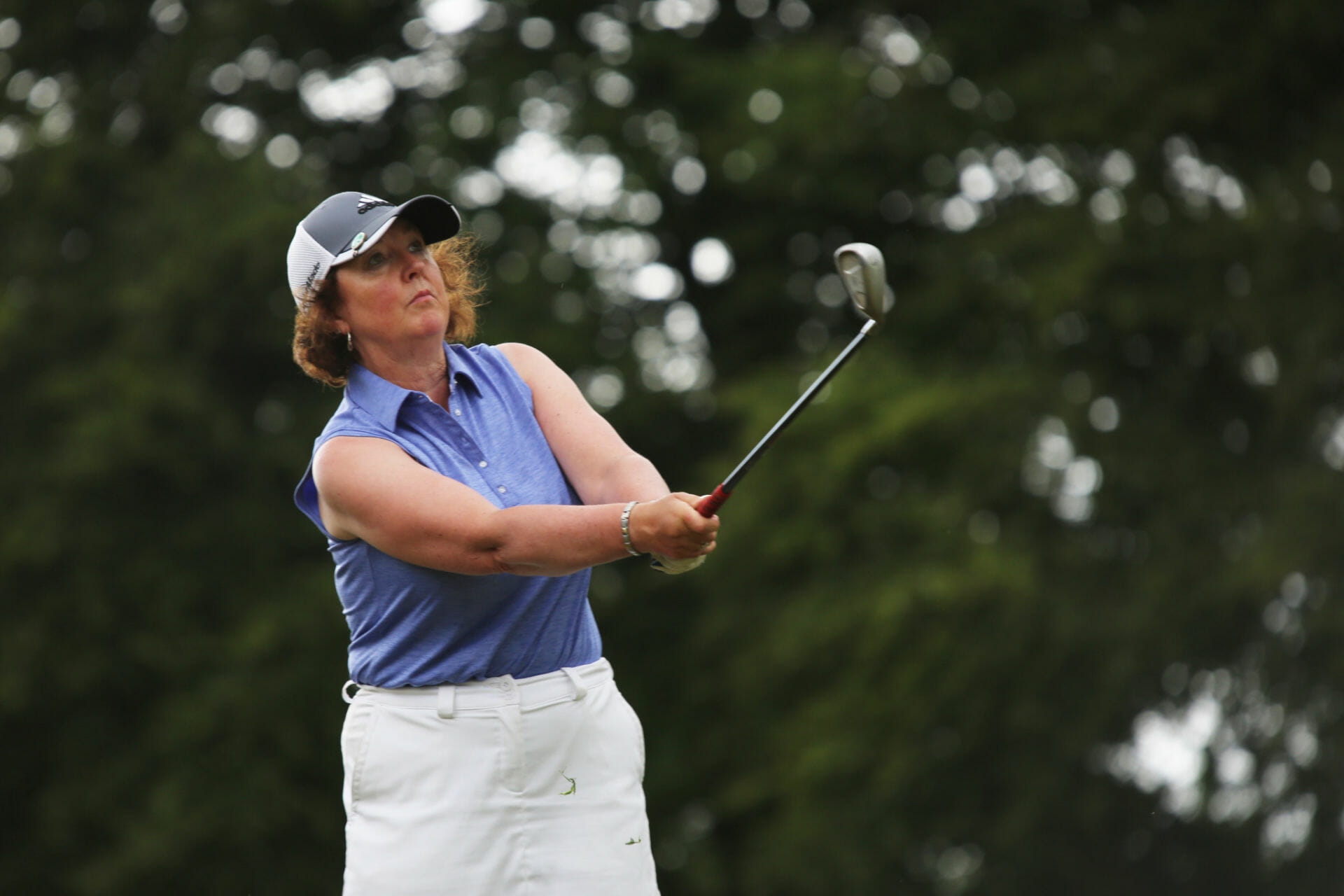 Four-time Close champion, Suzanne Corcoran, who claimed her first Close title at Woodenbridge in 2013, has become one of the most feared competitors on the Senior amateur circuit having taken up the game, with plenty of encouragement from her father, as a spritely teen at Portumna.

“My Father was a good golfer. He played off about 3 and was always very keen that I played – I wasn’t that keen,” Corcoran recalls.

“I used to think golf was for old people, and boring. He would take me out in the field and get me to hit shots, and he’d hit balls at me and I was meant to pick them up and quite honestly, I did not love it!

“I didn’t join a golf club until I was fifteen but it was probably the Mixed Foursomes that got me going. I got on a team at Portmuna when I was 18. We got to an All-Ireland semi-final and I just loved the competitive end of it. Suddenly I thought, ‘this is fun!’”

It was a different time for women in golf back then, far from the many ‘Get into Golf’ programmes striving to plug the gender gap in sport. At Portumna initially, Corcoran was the only young girl, though that played to her advantage:

“I felt very welcome. Portumna was a small club and they put me on teams that, if I was at a bigger club, I probably wouldn’t have got on. That experience was invaluable. I learned so much from the people who graciously took me under their wing.”

The culture around golf was different then, too. Where today young talents are coached to within an inch of their lives, there was an art to the ancient club and ball game back then that meant individuality could prosper.

“You look at young girls now, they all have such great swings,” Corcoran says. “Back then you could look across a course and recognise people by their swings. A lot of them were very effective but very unorthodox. You don’t really see that anymore. They’re all so well tutored. It’s text-book.”

With the likes of LPGA stars Leona Maguire and Stephanie Meadow to aspire to, young girls taking up the game also have no shortage of idols to aspire to these days, not that Corcoran lacked inspiration.

“I always looked up to Mary McKenna,” she says. “The first time I met her and realised that my heroine was speaking to me, I was like, ‘wow’. To play against her, she was just so composed, so cool.

“Mary was such a nice person and it was just inspirational to see her play. Now she’s one of the selectors for the Senior International team so I’m still trying to impress Mary McKenna to this day!”

Thankfully, through her incredible record at the Close, impressing selectors has been a bi-product of a string of performances that will etch Corcoran’s name in Irish amateur folklore. Could the Portumna ace ever have dreamt of reaching such heights?

“Absolutely not,” she says. “You go to do your best but I had never been the lowest handicap or the person likely to win. The first one was amazing because when I won it in 2013, it was our centenary year at Portumna and I was club President.

“We had the celebration on the Friday night, the same night I ended up coming back from Woodenbridge with the Close trophy so it really was the stuff of dreams.

“You win one and you think, ‘isn’t that amazing, so many great players have never won one,’ but to turn around a few years later and get three-in-a-row, I still can’t visualise how that even happened.”

Her partner, Mike Carty, has certainly played his part, identifying areas of improvement to ensure Corcoran’s lofty standards were maintained, but it’s the fire that match-play competition ignites within the four-time champ that makes the real difference.

“Am I determined, pig headed? I’m not sure, but I hate losing. Maybe that sums it up? I will never give up,” she says.

Just ask Suzanne’s two sons. Good players in their own right, they can’t compete with their mother’s heroics.

“I think they have suffered from the ‘not being able to be better than their mother’ syndrome,” Corcoran laughs.

That’s nothing to be ashamed of, however. Corcoran’s class has shone through at the Close at Woodenbridge, Bunclody, Monkstown and Naas. This year it’s Westport. Another venue to tame, and one the defending champion has fond memories of:

“Westport is a fine course,” she says. “It’s a fair course and I’d be happy enough about going to play there. The last time I played a tournament there was at the Irish Close and I lost to Stephanie Meadow,” she laughs. “She was probably about thirteen at the time, but still!

“Her father said to me that ‘Stephanie is going to be very good’ and I thought I’m sure she will be, but I didn’t realise how good!”

The same could be said of Corcoran’s own amateur exploits but despite her four-in-a-row bid on the horizon, the champion remains as humble as ever. A tough act to beat come tournament week at Westport, sure, but not burdened by the expectation of her four-timer bid.

“There’ll probably be a certain amount of hype around the fact I’m going for four-in-a-row but you’re only there to do your best,” Corcoran says. “The first thing you’ve got to do is qualify. I’m never going to be the lowest handicap, or the longest hitter, so I just go and do my own thing and hope it works out.”