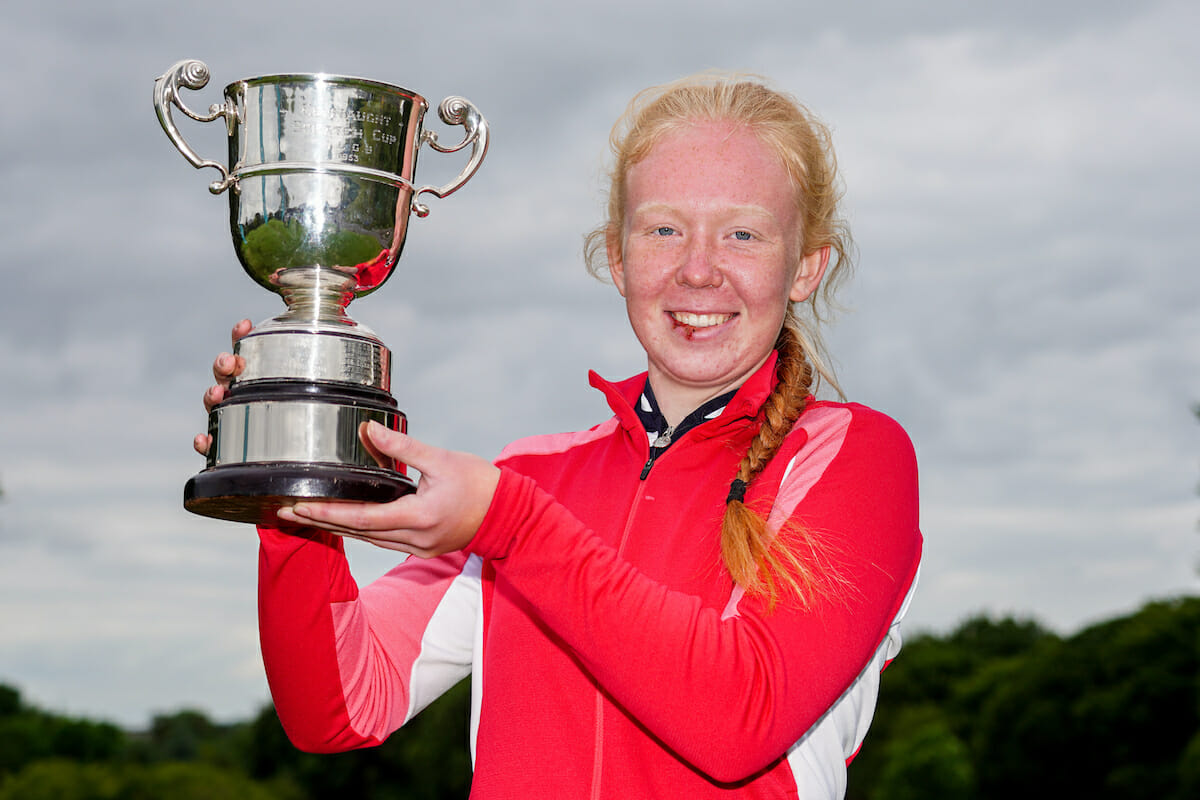 Clandeboye’s Rebekah Gardner is the 2021 Connacht Senior Open champion after a three-stroke win at Athlone GC.

Starting the day one shot clear of Elm Park’s Emma Fleming, the duo swapped the lead on numerous occasions, but it was the 17th that proved crucial for Gardner’s win.

Going into the hole a shot back, the Clandeboye star parred the par-3, while Fleming carded a six. A birdie on the 18th gave the 16-year-old a three-shot win.

“I’m delighted to get the win. It was a great competition with Emma. We both played well. I’ve had a good season so far, and it’s nice to get the win.”

“It’s great to see where my game is at compared to other women older than me. I’m just delighted to get the win.”

In an impressive event for the Mayo club, Hassett finished two strokes clear of her clubmate and overnight leader Karen Lyons.

Birdies on the ninth and tenth helped Hassett to a low round of 86, and she was delighted to win the event, after years of trying.

“I’ve been in this event for quite a while now – probably 12 or 13 years if the truth be known, back in the days when it was a Matchplay. It’s a great competition.

“I finished with a 94 yesterday, and shot an 86 today. I knew I would have to come down into the 80s to have a chance.

“I was lucky too. I had a couple of birdies out of nowhere, but I’m absolutely delighted. I’m over the moon.”

In the Junior Girls category, Tullamore’s Sinead Ni Cheilleachair was a three-stroke winner, ahead of Dun Laoghaire’s Ciara Fraser.