Brennan moves into top-10 as Broadhurst leads at Montrose 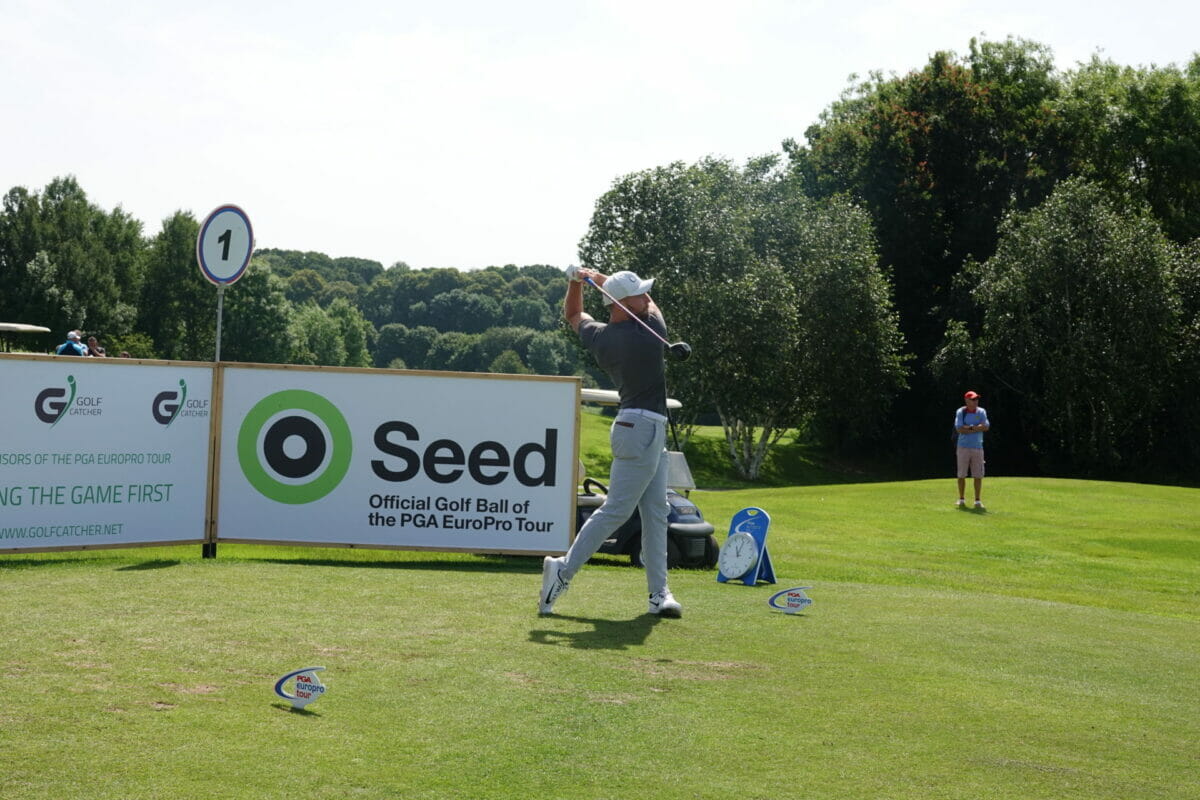 Shannon’s Daniel Brennan is the last Irishman standing at the Montrose Golf Links on the Europro Tour as he added a second round 66 to an opening 67.

Brennan was coasting along nicely on the front nine and turned in 35 strokes (-1) but he hit form in style on the back nine with birdies on 10 and 11 before adding three more in succession from the 13th.  Even a bogey on the last couldn’t spoil his day and he’s now in tied eighth position on nine-under par.

It wasn’t the day that Brendan McCarroll wanted as he slumped to a disappointing 82 after his blistering opening round of 64 and he missed the cut, joining Dermot McElroy (-3), Eoin Leonard (-2), Stuart Grehan (-1), Ronan Mullarney (E), JR Galbraith (+5), Luke Donnelly (+10) and John Hickey (+18).

It’s England’s Sam Broadhurst at the top of the table and he holds a two shot lead going into the final day of The Eagle Orchid Scottish Masters after a second day six under 65 to move to fourteen under total.

Broadhurst was out later in the day and battled the elements as the weather turned from a sunny afternoon to a rain-sodden one with the scoring heavily impacted. The Nuneaton man had started the day one shot back before firing in three birdies on the front and three on the back to be bogey-free for the day.

The Q School 2021 winner is in search of his maiden full tour victory heading into the third round in Scotland after putting rounds together of 63 and 65.

Ashley Mansell’s strong showing yesterday which saw him create headlines for his back nine of seven birdies and one double bogey was replicated early on as he moved to six under thru six on day two. The Clevedon Golf Club man eventually signing for a 66 (-5) to be one back of Broadhurst. Mansell will be in good company for the final group tomorrow with Will Enefer also tied at 12 under after second consecutive 65 (-6).

Birthday boy Joe Dean (Worksop Golf Club) will be happy with his birthday present of going into the last round three shots off the lead. Dean with a standout 64 despite two bogies on the card but still in prime position.

The highest-ranked Scotsman at the start of play tomorrow will be Trinifold Sports’ Calum Fyfe tied fifth alongside David Wicks of Sedlescombe Golf Club and Chelmsford Golf Club’s James Allan. Fyfe and Wicks with the better scores for a pair of 65s whilst Allan put together a 67 to see himself also right in the contention list.

Overnight leader Jack Charman had a level par second round to be tied for eighth at nine under with Daniel Brennan, Jeff Wright, Sean Lawrie, Josh Hilleard, Harry Goddard, Bailey Gill, John Parry, Jack Charman, and Dan Brown. Brown’s round the stand out of the lot for a nine under 62 in a card that included a bogey on the opening hole but still playing the front and back nine better than anyone else out on the course.

For a second time, this season the cut fell at five under. A score that wasn’t enough for Michael Bullen who motored to a second day 65 (-6) to recover from an opening day 75 (+4) but still be three short of the magic number. Sam Rook (Lindrick Golf Club) also pushed it close with a 66 (-5) day meaning he missed out by one.

Scotland will be well represented on home soil with 14 making the cut including three inside the top ten.