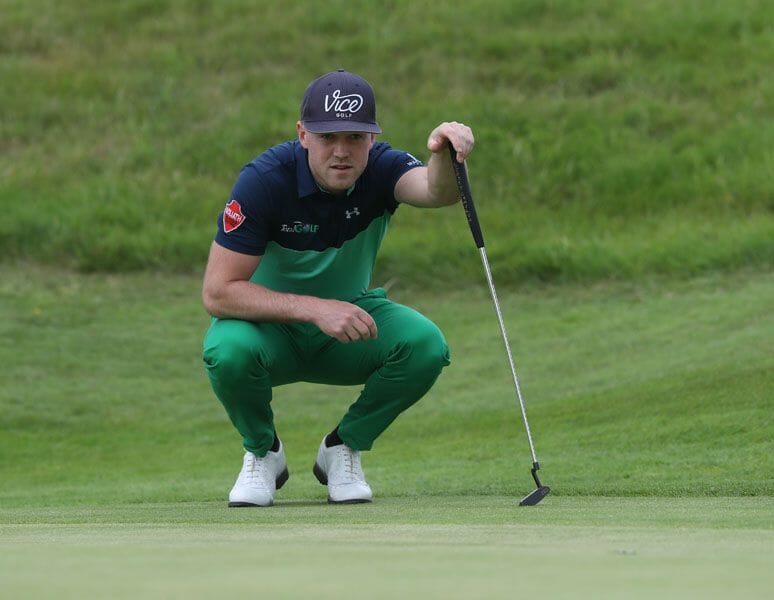 West Cliffs Brendan McCarroll posted a solid opening 64 at The Eagle Orchid Scottish Masters at Montrose Golf Links on the EuroPro Tour. McCarroll got to the turn carding two birdies and seven pars on his front nine but then the Donegal native found his form on the Montrose greens. McCarroll fired in birdies on 10, 11, 14 and 16 along with an eagle on the par 5, 15th to come home in 30.

“It was nice to post a good round today, I managed it around that course quite well. Being a links course it just suited my eye a bit better as all of my practice this year has been mainly on links courses so I was very comfortable on the greens reading putts and I knew how the ball was reacting.”

“I got a couple of nice breaks and holed a few nice putts on the back 9, my game was pretty solid and I didn’t take too many risks and put the ball in good spots most of the day.”

With limited starts this season, McCarroll knows the importance of following up his opening round with more of the same.

“My category is poor this year so it’s hard to plan ahead. Not knowing when you are into events off reserve lists and having to Monday qualify so its nice to get off to a good start here and hopefully I can continue that into the next few days.”

At the top, Jack Charman holds the clubhouse lead going into the second day of after an opening round 62 (-9) to hold a one shot lead over Sam Broadhurst.

Charman recovered sharply from a bogey on the opening hole to see ten birdies roll in thereafter including on 4, 5, 6, 7, and 9 to go out in 30 to see him establish a lead on the Tour for the first time. The Devizes golfer found a rhythm with optimum conditions for good scoring on the links.

As it stands the cut will be at two under with plenty of movement expected and fifty plus ties making the final round on Friday.

Of the other Irish in the field, Daniel Brennan and Eoin Leonard posted -4 (67) while Dermot McElroy -2, Ronan Mullarney EVN, Stuart Grehan +1, Luke Donnelly & JR Galbraith +4 and John Hickey +8 all have work to do today to make the cut.