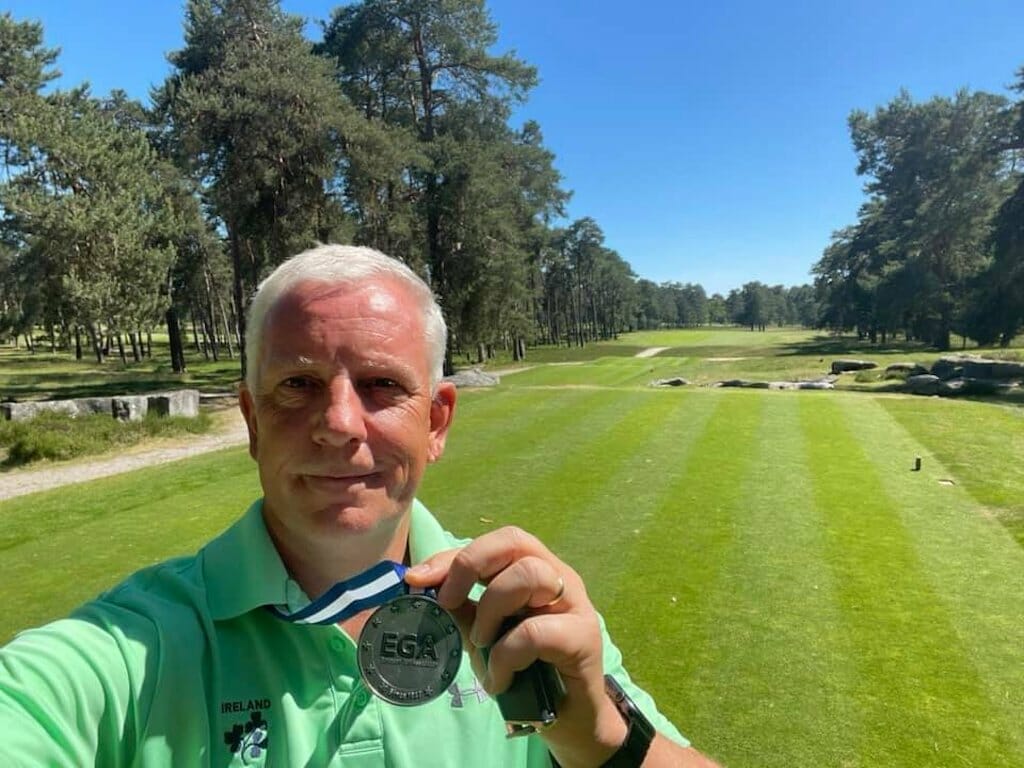 Corkonian Karl Bornemann fired the joint-low round of the day – a one-under par 69 – to snatch second place and the silver medal at this year’s European Seniors’ Championship in France.

The Douglas golfer produced a scintillating back-nine charge at Golf de Morfontaine, racing home in just 32 strokes for a one-over tally, just one shot back of Germany’s Martin Birkholz’ winning score of even.

After a slow start to the tournament with a 75 on Friday, Bornemann reignited his tournament ambitions with a three-under 67 on Saturday before signing off in style with four birdies in his closing 69.

His silver medal led home the Irish challenge with Brian McCarthy, attached to Real Sociedad Hipica Española Club De Campo, tied-25th at 13-over – the only other Irishman to make the 36-hole cut to the final day.