Maguire & Meadow out to reignite spark at Mediheal Championship 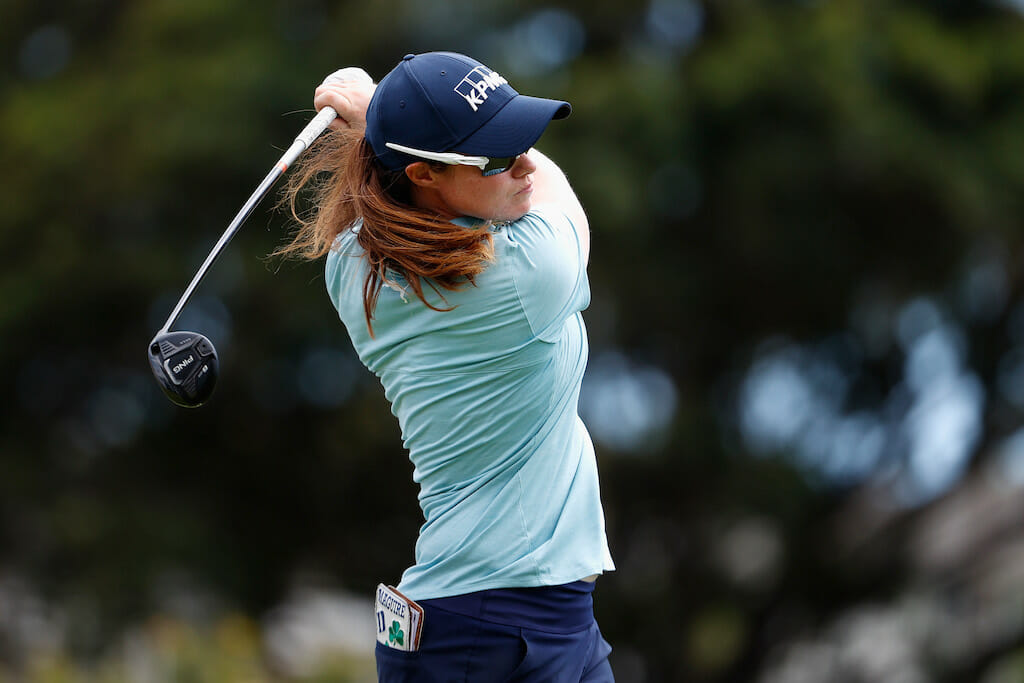 Leona Maguire and Stephanie Meadow will hope to reignite their respective seasons this week at the LPGA Tour’s Mediheal Championship in California.

Cavan professional Maguire returns to the fairways after sitting out the US Women’s Open, where Meadow missed the cut and Yuka Saso of the Philippines won the title at just 19 years young.

It’s been a strange spell of late for Maguire who’s struggled a bit since capturing her best Tour finish of tied-second at the LOTTE Championship in April. Since banking her largest cheque as a pro – $125,834 – the 26-year old missed the cut at the following week’s LA Open before flying home to spend some time with family, and for a stint with her coach, Shane O’Grady.

Maguire returned Stateside only to miss another cut at the Pure Silk Championship in May and although she can take great confidence from beating eventual champion, Ally Ewing in their first round-robin match at the LPGA Match-Play a fortnight ago, a fresh Maguire is sure to come out fighting this week in Daly City as she looks to recapture the spark of her early-season form.

It’s a similar story for Meadow whose top-20 finish in April’s ANA Inspiration remains her best so far this season. The Jordanstown professional did brilliantly to qualify for last week’s US Open in San Francisco but succumbed to a devilishly difficult layout on tournament week.

Making cuts hasn’t been an issue for Meadow this term but stringing four rounds together certainly has been and that’s what she’ll be desperate to do this week at the $1.5m event at Lake Merced Golf Club. Afterall, it’s this very event that kick-started a career year in 2019 for current world number 3, Sei Young Kim.

Not only did she prevail at Lake Merced, defeating Jeongeun Lee6 and Bronte Law with birdie on the first hole of a sudden-death playoff, but she collected two more victories that season, the fourth time in her seven-year LPGA Tour career that Kim earned multiple trophies.

“At the time in playoff with Jeongeun Lee6 and then Bronte Law, it was cold weather especially last two holes and when we played playoff,” said Kim, a 12-time LPGA Tour champion. “When you go to playoff, it feels very nervous and the cold weather, so, yeah, there is a lot of emotions. I have good memories.

“This week is my main sponsor [Mediheal] tournament, so I really want to play well. I’ll do my best this week and hopefully good energy, yeah.”

Kim ended 2019 by winning the CME Group Tour Championship to secure a $1.5 million winner’s share, the largest check in women’s golf history. Despite etching her name in the record books, Kim points to her MEDIHEAL Championship performance as a turning point on her professional journey.

“After winning this tournament, I got the good momentum and then I have a good confidence and I was able to play good through the end of the year,” Kim said, who is looking to earn her first win of 2021 this week. “So, 2019 was very special year to me because I win the biggest tournament, CME [Group Tour Championship]. Before the CME, I won many times, but there was no majors. When I won the last tournament, CME, I feel like I won a major tournament. I think starting here [at MEDIHEAL], this tournament win helped me a lot growing up as a player.”