Magical Maguire soars into the lead at Mediheal Championship 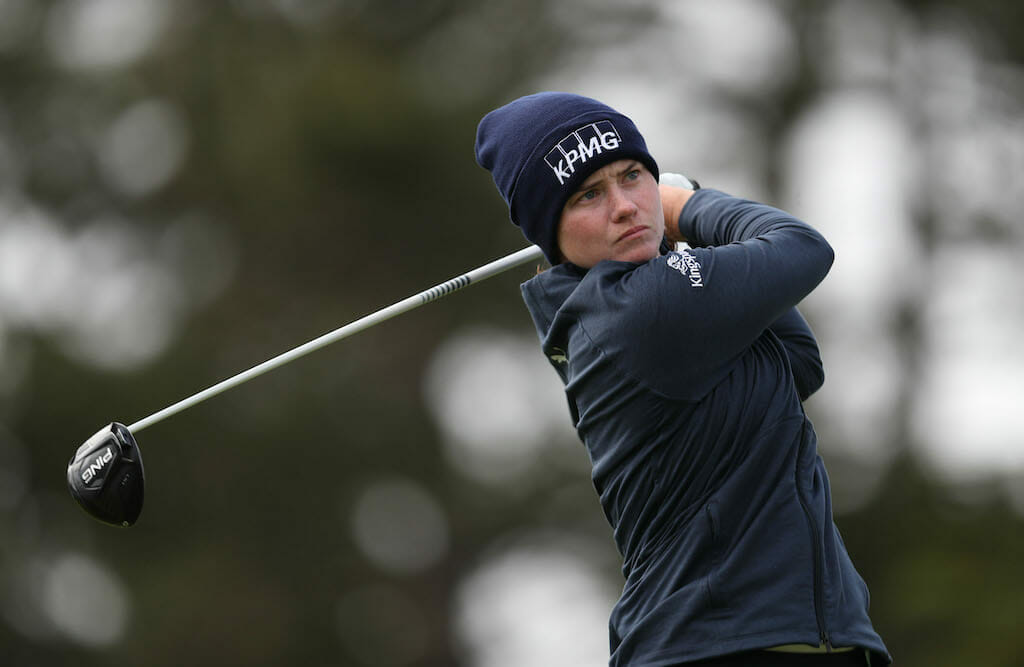 Leona Maguire tied the 18-hole scoring record with a scintillating seven-under par round of 65 to soar to the top of the leaderboard on day one of the LPGA Tour’s Mediheal Championship in California.

Returning to the fairway fresh and focussed after sitting out the US Women’s Open last week, Maguire looked a player possessed, finding 16 of 18 greens and nine birdies in a blockbuster opening effort that puts her one stroke clear of Jasmine Suwannapura at Lake Merced Golf Club.

It could’ve been even better for the Cavan star who was eight-under par playing the par-5 ninth, her last, before signing off with a bogey, but that wasn’t going to take the gloss off a great opening day’s work with Maguire admitting that San Francisco was feeling a lot like home post-round.

“I suppose the weather is similar to home, even the golf course is similar to home,” she said. “It’s very green and sort of tree lined a little bit like what we get at home. Northern California’s been good to me and I won my first Symetra event not too far from here, so these kind of golf courses suit my eye.

“It was a lot of fun to play with Lydia [Ko], we played a lot together over the last few months at Lake Nona and she’s a great player and obviously Sei-young as well and they know what they’re doing around here, they have had some good success, so I tried to learn a little bit from them.”

Also helping hugely on day one was the input of a new caddie for Leona – Shane Lowry’s former bagman Dermot Byrne who only added to that homely feeling on the pair’s first competitive outing together.

“It was another sense of home this week,” she smiled, Maguire also revealing her twin sister, Lisa had made the trip to watch her play, albeit with one proviso.

“Mum and Dad haven’t been able to watch in quite awhile and Lisa hasn’t been out since Australia last year,” she said. “So, yeah, she was giving me a few pointers on the range yesterday evening and it was nice to have her out here and go to dinner and we’re going to go see the Golden Gate Bridge this afternoon, so that was the condition that she came to San Francisco, she had to see something when she was here, so we’ll go do that this afternoon!”

26-year old Maguire already boasts a tied second finish on Tour this term at the LOTTE Championship back in April but the former world amateur number one and twice winner on the Symetra Tour will be hell-bent on capturing a maiden victory on the top-tier of women’s golf after such an impressive start.

“Same game plan,” said the ever-professional Maguire. “Lots of fairways, lots of greens and the rough is thick in spots so try to stay out of it if at all possible. I feel like I plotted my way really nicely around. We really picked our spots and I hit them today. So hopefully I can keep doing that for the next three days and keep giving myself as many chances as I possibly can.”

Unfortunately it was a day to forget for Stephanie Meadow who carded six bogeys and a double in an eight-over 80.