LaCava reunited with Freddie as Tiger continues to recover 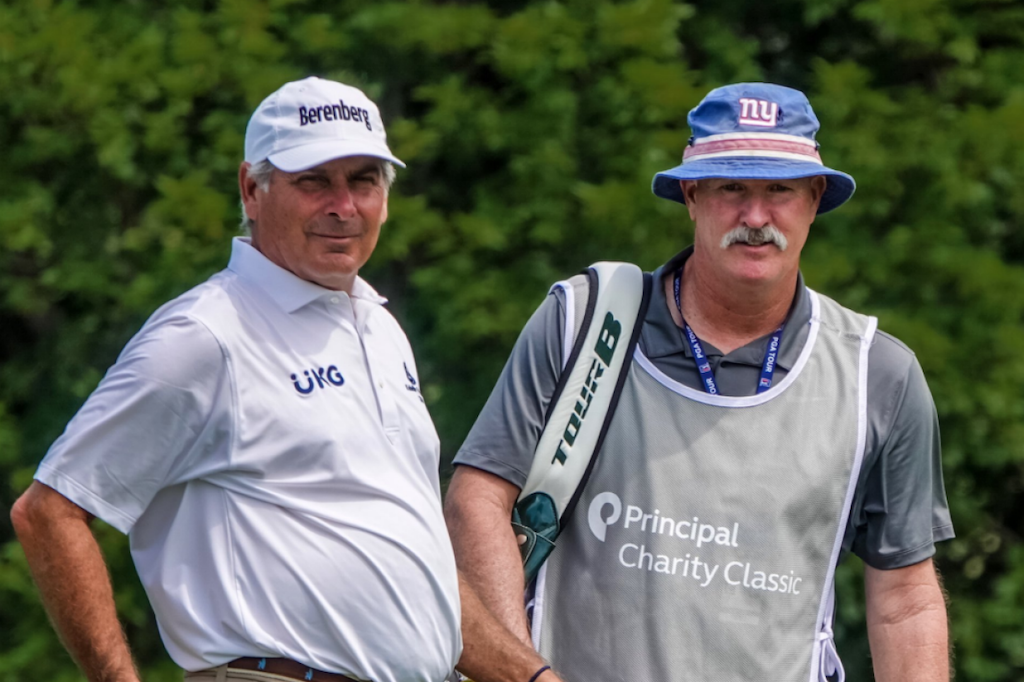 Tiger Woods’ caddie Joe LaCava has returned to competition for the first time since last December to call the shots for Fred Couples at this week’s Champions Tour event in Iowa.

With Woods continuing to recover from February’s near fatal car crash, it’s meant LaCava has also been missing from the PGA Tour though the great news for LaCava is that he’s back and reunited with Couples.

LaCava began caddying on the Tour in 1987 and joined Couples in 1990, with the pair combining for Couples to capture 10 of his 15 PGA Tour victories capped by the 1992 Masters victory at Augusta National.

The now 66-year-old Connecticut-based LaCava, sporting a moustache, then began working with Dustin Johnston for four-years but after Woods ended a 13-year relationship with Kiwi bagman Steve Williams, Woods approached Johnson who agreed to release LaCava to caddie for Woods.

That was in 2011 with Woods and LaCava combining for 11 PGA Tour sanctioned victories and none better than Woods capturing a 15th major in an emotional 2019 Masters triumph.

“Actually eating pasta watching hockey with him right now,” was LaCava’s response to a text message from my PGA Tour colleague Bob Harig at ESPN. “Like nothing has changed 10 years later! But in saying that, I do miss it and I love Fred like a brother. Though I would kill to be working this week for TW in Columbus (The Memorial).”

LaCava last caddied for Woods in December’s PNC Challenge in Orlando but is used to waiting on Woods, including for lengthy periods in 2016 and 2017 when Woods was recuperating from on-going back surgery. He’s now been waiting since late February as Woods recovers from surgery on his injured leg following the car crash.