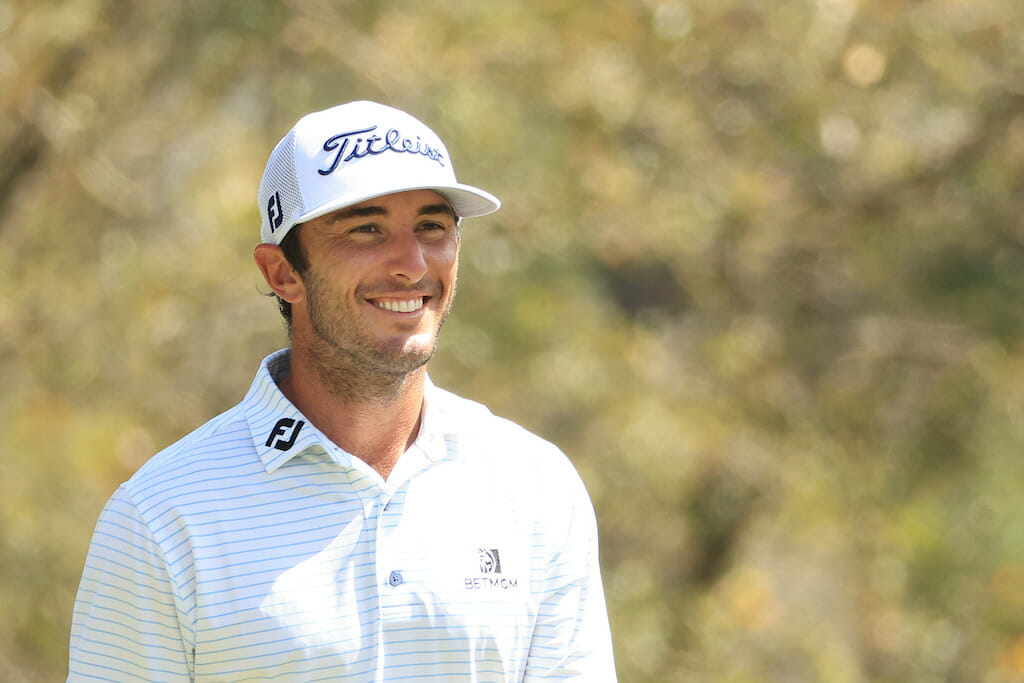 World number 42 Max Homa has opened up a whole can of worms for his fellow PGA Tour pros after granting a persistent fan’s request to tee-up with him in the coming weeks.

Armin Abdic got in touch with arguably golf’s greatest tweeter [Eddie Pepperell won’t like that], last month to say, “Day one of tweeting Max Homa to play a round of golf with me.” Always quick on the draw, Homa, winner of the Genesis Invitational earlier this year, replied, “Day one of me saying I’m busy that day.”

However, if Homa thought he was getting off the hook that easy, think again. Armin, evidently from the ‘ask or you won’t receive’ school of thought, remained true to his word; “Day 5 of tweeting Max Homa to play a round of golf with me. Yesterday I was working on my putting so that I will be 3 putting instead of 6 putting.”

All credit to Homa, he kept the replies coming, respecting the grind of his pursuer but letting him down gently because “unfortunately that day doesn’t work for me cuz I have a thing in the morning that could potentially creep into the afternoon. Maybe next time!”

There were other excuses too – “I checked the weather that day and it looks like there’s a 1% chance of rain so I’m gunna have to bail sorry dude. Maybe a different day where the forecast looks better!” Or, “I would, I really would but my internet provider said they will be coming by between 6am and 8pm that day and I don’t wanna miss that because it could be months before they come back!”

On Day 17, however, it looked like Armin had finally got his breakthrough: “Ok. U win,” said Homa. “I checked my schedule and I’m free as a bird on February 30th. See u then!”

February 30? That’s… Damn! The charade continued until day 25 and with Armin showing no signs of stopping, Homa finally folded:

“Alright man. Can’t believe u made it this far but 25 is my favourite number so u win. For real this time. I’m astounded by your persistence. It’s admirable and a bit weird but let’s play golf when the season slows down! I’ll DM u to set it up. I am truly out of excuses at this point!”

A victory for Armin and the regulars Joes of the twittersphere, but what about Homa’s fellow pros? Well, PGA Tour regular Joel Dahmen was quick to point out the can of worms Homa had opened with a tweet he received following Homa’s submission, with the caption reading ‘look what you started Max’:

“Day 1 of tweeting Joel Dahmen to drink beers and play a round of golf with me and my buddy who are both +14 handicaps. We will supply all the High Noons.”

A +14 handicap you say? Get those guys on the Tour! But in all seriousness, it’s great to see genuine player-fan engagement from Homa, a guy who’s been criticising golf swings across the globe long before the PGA Tour incentivised players to engage in social media for financial gain. There’s a time to be cynical with regards to the Player Impact Programme but this is no such time. This is simply all class from one of golf’s smoothest characters. Well played, Max.