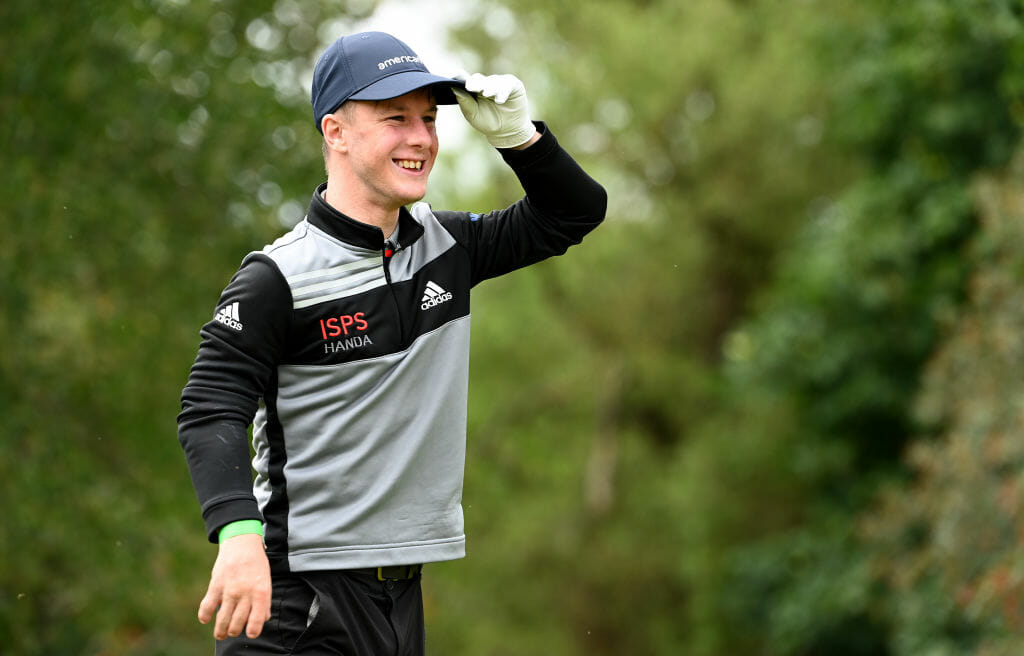 The European Tour’s drive for inclusivity in golf continues with the announcement of the 2021 EDGA European Tour, which will take in four new tournaments for Golfers with Disability during the UK Swing, before the top eight players qualify for the EDGA Dubai Finale to be staged at the DP World Tour Championship, Dubai at Jumeirah Golf Estates in November.

In conjunction with the European Disabled Golf Association (EDGA) and as part of Golf For Good – the European Tour’s overarching Corporate Social Responsibility programme – 20 golfers taken from the World Rankings for Golfers with Disability (WR4GD) as of May 16, 2021, will have the opportunity to tackle the same course set-up as the European Tour professionals, with the new 36-hole tournaments taking place over the weekends of successive events in Wales, Northern Ireland, Scotland, and England.

So proud to confirm I will host the very first @ISPSHanda World Disability Invitational at @GalgormResort this summer!
It’s an absolute dream come true & I can continue to tell my story & inspire others.
Cannot thank @modestgolf , @ISPSHanda & the @EuropeanTour enough! pic.twitter.com/b0N3NWkPBY

Each player will be invited to participate in two back-to-back tournaments – those ten players with even-numbered rankings will tee it up at the EDGA Wales Open at The Celtic Manor Resort from July 24-25, and the ISPS HANDA World Disability Invitational presented by Brendan Lawlor from July 31 – August 1 hosted at Massereene (Saturday) and Galgorm Castle (Sunday).

Lawlor, the first professional golfer with a disability to play a European Tour event, has made a huge impact globally on the disabled golfers’ circuit, including winning the inaugural EDGA Scottish Open in 2019, and now the Irishman will host this year’s EDGA tournament in Northern Ireland.

Ten players with an odd-numbered ranking will then participate at the EDGA Hero Open at Fairmont St Andrews from August 7-8, and the EDGA English Open at London Golf Club from August 14-15. The top four players from each group of two tournaments qualify for the returning EDGA Dubai Finale, held alongside the DP World Tour Championship, Dubai – the final Rolex Series event of the year – at Jumeirah Golf Estates on Friday and Saturday (November 19-20).

As well as staging EDGA events, the Wales Open (July 22-25), the Hero Open (August 5-8) and the English Open (August 12-15) will each now have a prize fund of €1.25 million. The US$3 million prize fund for the ISPS HANDA World Invitational presented by Modest! Golf Management (July 29-August 1) will be split evenly, with 144 men and 144 women competing for two equal prize funds of US$1.5 million each.

Scoring for all five EDGA tournaments will feature on the European Tour’s website and App for fans to follow, while the tournament world feed broadcast will also feature updates across the weekend, with the winners also part of the main prize-giving ceremonies.  The Golfers with Disability initiative was launched at the 2019 Betfred British Masters at Hillside Golf Club and the inaugural 2019 EDGA Scottish Open was won by Lawlor at The Renaissance Club, held during the week of the 2019 Aberdeen Standard Investments Scottish Open. Former World Number One George Groves went on to win the 2019 EDGA Dubai Finale before the initiative was paused in 2020 due to the Covid-19 pandemic.

Keith Pelley, Chief Executive of the European Tour, said: “We are extremely proud to showcase the EDGA European Tour at five of our events in 2021 and we are delighted to once again provide golfers with disability the opportunity to play alongside our professionals during the UK Swing as well as at our final Rolex Series event of the year, the DP World Tour Championship in Dubai.

“We are recognised as golf’s global Tour and our core values of inclusivity and innovation are at the heart of these tournaments. As part of our wider Golf For Good campaign, we want to illustrate once again the unique benefits our sport offers to everyone who plays the game.

“With those values in mind it is fantastic that we can continue to collaborate and work alongside Dr. Haruhisa Handa, our Honorary Ambassador for our Golfers with Disability Programme, given the knowledge and expertise he possesses in this space, along with ISPS in the disability sector, and I look forward to his guidance over the coming months.”

EDGA President Tony Bennett, added: “The vision of EDGA and the European Tour is that golf is a game for everyone, and we are delighted the EDGA European Tour is back in 2021, once again providing an incredible opportunity to showcase golfers with a disability to people around the world.

“The players competing recognise they represent thousands of players with a wide range of impairments, many of whom are talented players in their own right, and I would like to thank the five tournaments hosting our EDGA events, along with the European Tour for delivering these outstanding tournaments.”

Support for Worthy Causes: Which embraces all the charitable activity of the original 2020 Golf for Good initiative Sustainability: Which embraces the Green Drive focus around our tournaments

Inclusivity and Health: Which embraces our Golfers with Disability and golf for all messaging, in addition to promoting the wider health benefits of the game