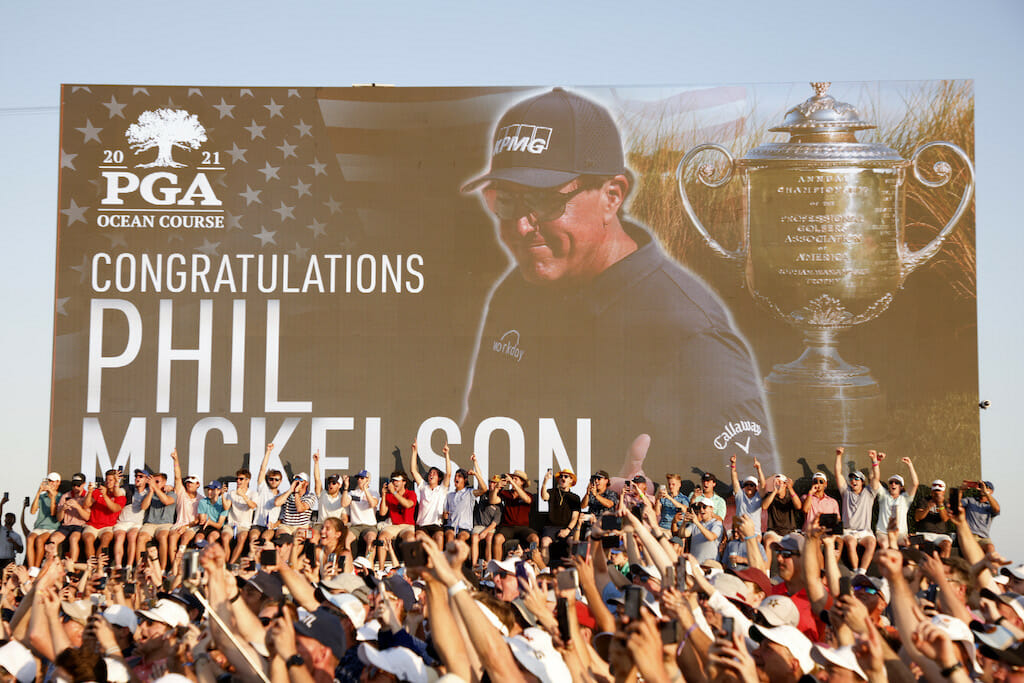 There were some serious celebrations in County Sligo on Sunday night after Phil Mickelson won the PGA Championship in brilliant fashion to help boost the finances of a lucky punter.

The anonymous western customer walked into their local BoyleSports shop earlier last week and placed €40 each-way on Mickelson at massive odds of 200/1 to win a sixth career major title after an eight-year wait.

With a final-round 73, Mickelson finished 6-under, two strokes better than Brooks Koepka and Louis Oosthuizen who kept the pressure on down the back nine to no avail. Three weeks shy of his 51st birthday, Mickelson broke the record previously set at the 1968 PGA by 48-year-old Julius Boros and is now the oldest winner of a major title.

When the final putt dropped and the crowds surrounded Mickelson at Kiawah Island, the customer could pop open the champagne as their €80 stake transformed into a whopping amount of €9,680.

Sarah Kinsella, spokesperson for BoyleSports said:“Phil Mickelson secured his sixth major triumph on Sunday night, eight years after his last at the 2013 Open Championship and our Sligo customer is enjoying the success more than most. They picked Mickelson out at 200/1 before tee-off last Thursday, so fair play to them on such a brilliant call and we hope they enjoy the €9,680.”