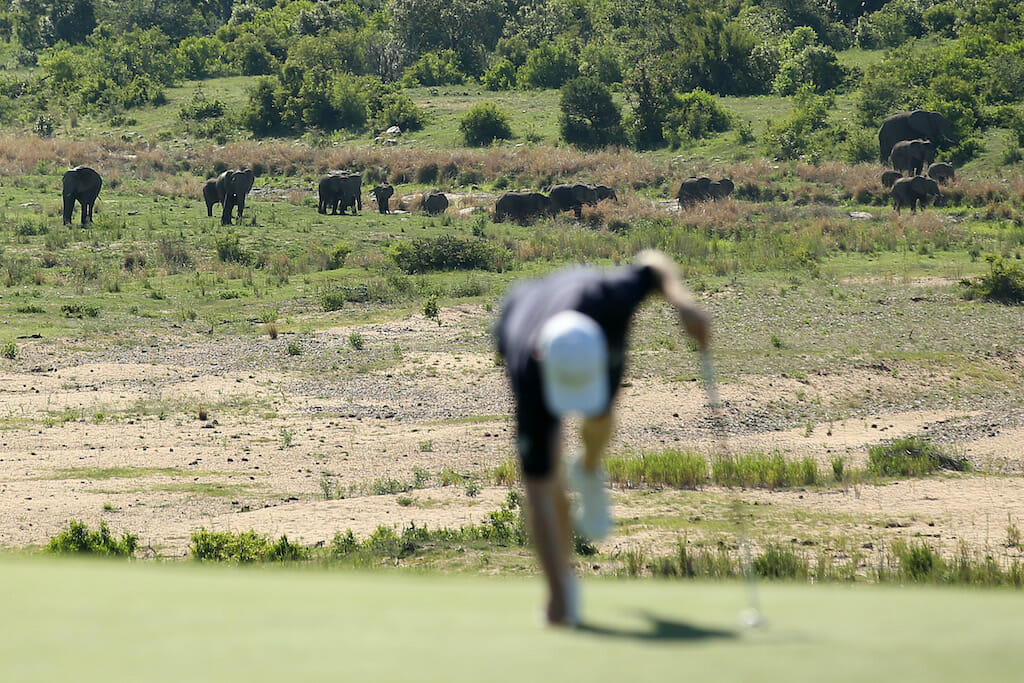 Chatting to Eamonn Darcy for an interview with this magazine, I was reminded of the importance of the Safari Circuit to the European Tour players of the Seventies and Eighties.

The annual trip to Africa offered pre-season competition and warm weather golf plus the chance to make some good money in the February-March period prior to the European circuit getting underway in April.

By coincidence, I had seen an interview in another publication with Pete Cowen, the coaching guru, in which he mentioned the death of an English golfer called David Moore during the week of the Mufulira Open in Zambia in 1976.

First, some background. Mufulira is a mining town which grew with the expansion of copper mining from the early Thirties. Thousands of Europeans with the relevant expertise flocked to the town in the following decades and a golf club was built by Mopani Copper Mines to offer a recreational outlet.  Christy O’Connor Junior won on that course in 1974 when it hosted the Zambian Open. Two years later Christy Junior, Eamonn Darcy, Pete Cowen and a host of other Tour pros were back for the 1976 Mufulira Open.

David Moore, a strapping 21-year old from Essex was in the field and making his way on Tour. He looked to have great potential as a player. His future looked very bright to his peers.

“I knew him so well,” said Darcy. “He was also a brilliant footballer. He could have played professional football. I travelled with him for a little while earlier to a couple of tournaments in Britain because he had a car and I didn’t have a car at that time. He was a lovely lad.”

There were very few hotels so players were hosted by local families of ex-pats. Pete Cowen recalled that Moore approached him during the week and asked if he and his pal Gary Smith, another English golfer, could move into the house where Cowen was staying because he thought there was something odd about the guy who was hosting them.

Unfortunately – and fatally for David Moore – there was no room at Cowen’s house. There was a party at a local rugby club. Moore apparently danced with his host’s wife but there was nothing more to it than that. Lauren St John, in her 2001 book “Fairway Dreams” describes how the husband had been involved in a mining disaster a few years earlier.

He played a key role in the rescue operation “crawling under the earth to survey the carnage and heroically hauling maimed and dead men to the surface. As a consequence of what he had seen, he had taken to drink.”

Cowen and Darcy agree there had been a party at a rugby club, and some time that night the husband got drunk, accused Moore of flirting with his wife, and shot the golfer, who died in hospital. Upon hearing the news, the husband shot himself. All in all, a terrible tragedy, but after a memorial service, the tournament went ahead. It was won by Australian golfer Jack Newton.

On the lighter side, Darcy recalls the wiles of local caddies in those tournaments.

“Mufulira was a great course. I won there as well (in 1984),” he said. “That was like Wentworth, that course. A big course cut right out of a jungle, but if you missed the fairways you didn’t go in and look for your ball because of snakes and everything.

“What would often happen was that the forecaddies, if balls went into the rough, they would pick the ball up with their toes and whip it back onto the fairway if you weren’t watching. I remember Jimmy Martin, another Ryder Cup player, playing the 10th at Mufulira, a par-5, and he hooked his drive into trees.

“There was no ball coming out. He walked down and there was a little black fella, a big grin on his face, and the ball sitting on a tee peg. Jimmy hit the ball and then got the referee and had them all taken off the course,” said Darcy.

Christy O’Connor Junior and Eamonn Darcy were great friends with Harry McQuillan, an Irishman who arguably could claim to be one of the best all round sportsmen the country produced. McQuillan, born in Cork in 1932, but brought up in Clogherhead, County Louth, had it all.

A hurler, gaelic footballer and handball player in his youth, he also played League of Ireland soccer for Dundalk and was an Irish Junior soccer international. Golf, table tennis and snooker were other sports that came easy to him in later life.

English soccer clubs expressed an interest in signing him but in the mid-Fifties, McQuillan moved to Zambia, which was then Northern Rhodesia, working in the Copperbelt. He settled in Mufulira, becoming an executive with the mining company. His sport was soccer and later went into local soccer management.

Once he took up golf, a game he had never played before, he brought his handicap from a starting 24 to scratch within five years. He did not stop there, reducing his handicap to +5. McQuillan played cack-handed, left hand below right, and was a terrific player.

“Without doubt, he was one of the greatest golfers I have ever seen in my life,” was Christy Junior’s verdict.

His uncle, Christy Senior, was so impressed with McQuillan that he encouraged him to try and qualify for The Open Championship, believing he was good enough to win it. McQuillan played international golf for Zambia, and when he returned to Ireland in 1974 to work for Tara Mines, he joined Royal Tara GC.

At the ripe old age of 44, he showed his golfing prowess by playing on the Leinster team which won the inter-provincial championship in 1976. A year later he came through pre-qualifying to claim a place in the 1977 Carrolls Irish Open field at Portmarnock.

The Royal Tara golfer also qualified for the 1980 Irish Open, won the Captain’s Prize at his club off scratch, and won his last big event, the Leinster Seniors Championship in 1988, just five years before his death in 1993.