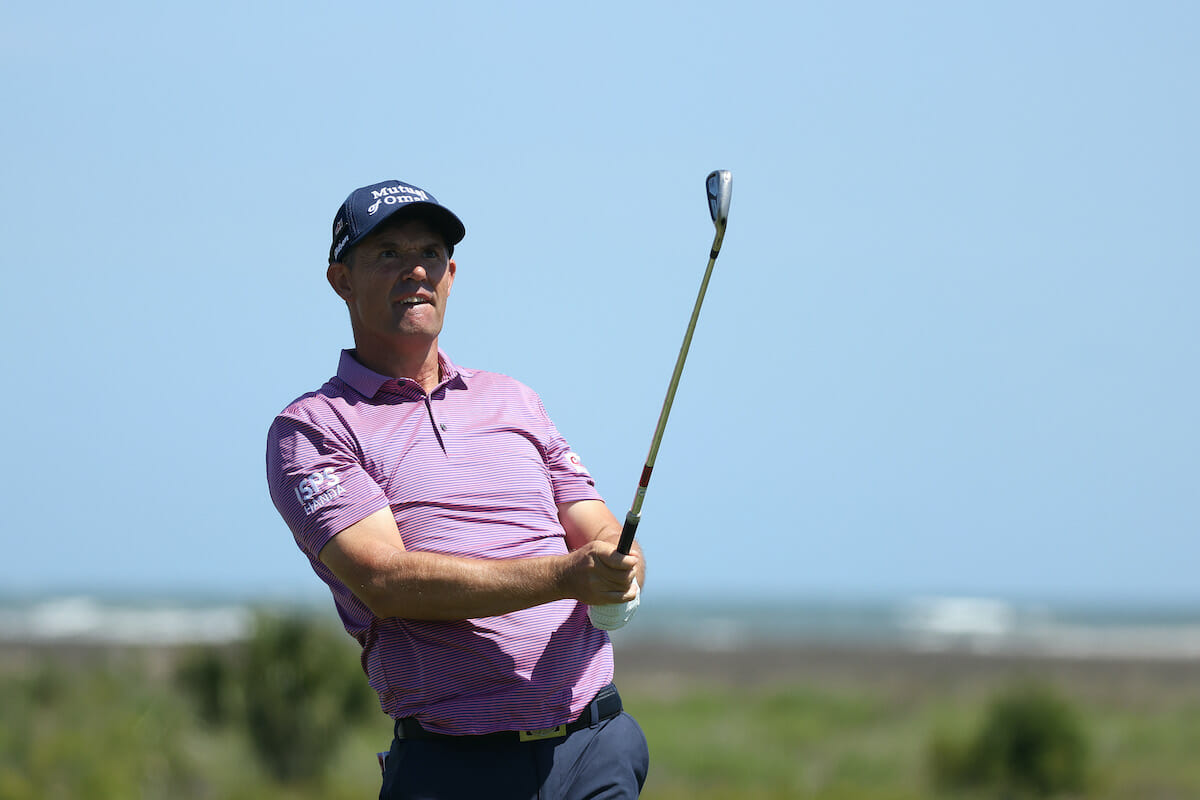 “I thought it was a really good setup. It’s a big, tough golf course, but they set it up very fairly today.” Said Harrington after his round. They moved enough tees up and they had some reasonable generous pin positions, so overall it was a good test. Maybe like all majors, maybe I was a bit defensive with my own play at times, but didn’t put myself under much stress.”

Harrington carded one birdie, an eagle and just two drop shots on his way to the best Irish score on day one to lie in a tie for 16th at the close of day one.

“The two bogeys I had, one was a three-putt that was uphill, which was pretty bad, and the other was off a good shot. I didn’t have a stressful day, which is a good thing. Didn’t have very many putts for par. Mostly it was pretty solid play.”

The Stackstown man has always enjoyed the more difficult major challenges but he was first to admit he made hay with what looks like the easier side of the draw.

“Yeah, I think we got a good draw. It certainly dropped a little bit, and when it warmed up, it even got better. I had 195 into the pin on 18, and like yesterday we would have been trying to get a 4-iron there.”

The late early finish has Harrington tee off at 12:49pm Irish time this afternoon as he looks to embrace the mental challenge a course like Kiawah presents and get himself further into the mix ahead of the weekend.

“You know, look, I like this golf course. Perfect conditions for me to compete in, so yeah, I’ve given myself the task this year just to try and concentrate on – when it comes to me, this is kind of the last roll of the dice for these events, so I’ve given myself the chance to get myself mentally in place as I would have done back in my heyday and not worry so much about the physical side. Yeah, I was happy I hit some good shots out there and felt good about it.”

Of the other Irish in the field, Shane Lowry carded an opening 73 with Rory McIlroy two shots further back after posting a 75. Canadian Corey Conners leads the way on five-under-par holding a two shot lead moving into today’s second round.