Scott hoping to make experience count back at Kiawah 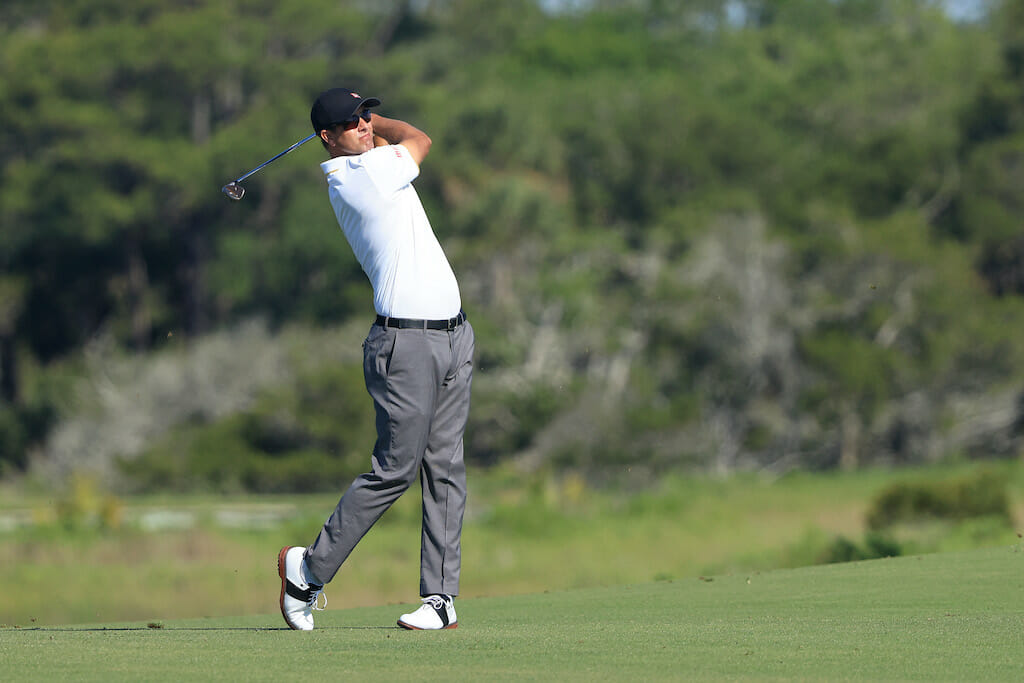 Adam Scott is this week among a small number who contested the 2012 PGA Championship at Kiawah Island. For Scott, it was the bitter sweet very next major championship after he had bogeyed the closing four holes at Royal Lytham and St. Annes to let slip the 141st Open Championship.

Scott had been well in contention at Kiawah Island for the opening three days sharing sixth after day one, tied for seventh after the second day and when play was suspended on day three, the proud Aussie was sharing third place. When the third round resumed early on the Sunday morning, he was still sharing third, just four shots behind Rory McIlroy who led by three.

Scott eventually signed off for a closing round 73 to share 11th place at two-under with McIlroy storming his way to a 13-under par four-round total to win by a record-setting eight shots. Eight months later, Scott created history of his own becoming the first Australian to win the Masters.

Scott is this week contesting his 21st PGA Championship since his debut in 2001 at the Atlanta Country Club and was asked ahead of teeing-up this week if there was any ‘hidden secrets’ to the course laid-out alongside the windswept Atlantic Ocean in South Carolina.

“It’s not really the sort of course that there are hidden secrets that I gained out of ’12, but I just think when you talk about this kind of time period and veteran — I mean, the experience of just playing so many tough events and just having a good understanding of the patience that’s required, knowing ahead of time the test that you’re going to face, I know there’s going to be situations this week that are not ideal for me, and I’m just going to have to do my best to get out of it and turn it around,” said Scott.

“I think they’re the kind of things that — of course I played four rounds here nine years ago, and I played quite nicely. That’s a nice memory for me. But I think just the accumulation of the experience when the conditions get tough.

“I remember watching guys who I thought were a bit old 15 years ago and stuff and just how calmly they played in these tough conditions and just managed to hold it together and not shoot a bad score and not shoot themselves out of the tournament. And I think that’s a big thing that I look at when I stand here and just look at the flags blowing and know how difficult it is out there, that I’ve got the experience to kind of hold it all together when it gets tough out there.”

Scott is returning to competition for a first occasion in more than a month since finishing well down the field at the Masters and in what will also be a ‘historic’ PGA Championship in that rangefinders will be allowed to be used by player and/or caddy. Though in being asked if he will use a rangefinder, Scott was not certain if he will or not.

“I really haven’t thought about it. I don’t intend on using it. I’d be surprised if John uses the range finder. But we’ll see. I really don’t know what guys are going to do this week,” he said.

“I think if the book says one thing and the rangefinder says another thing, which one should you go with. I think you’ve got to go with one or the other, and unless John has changed all his routines in the last couple weeks to use the rangefinder, I think we’ll be out of the book.

“I don’t know. You know, I really — it’s all speculation. If it’s successful here, then maybe that’s the way pro golf will go, and then one day the Masters might. But I’m not sure.”

So, are you a traditionalist?

“I think I love all the elements of golf, whether that’s traditional and whatever is coming,” he said. “I’m passionate about the game, and I admire pioneers and I admire the fact the PGA is trying something a little different for pro golf this week.”