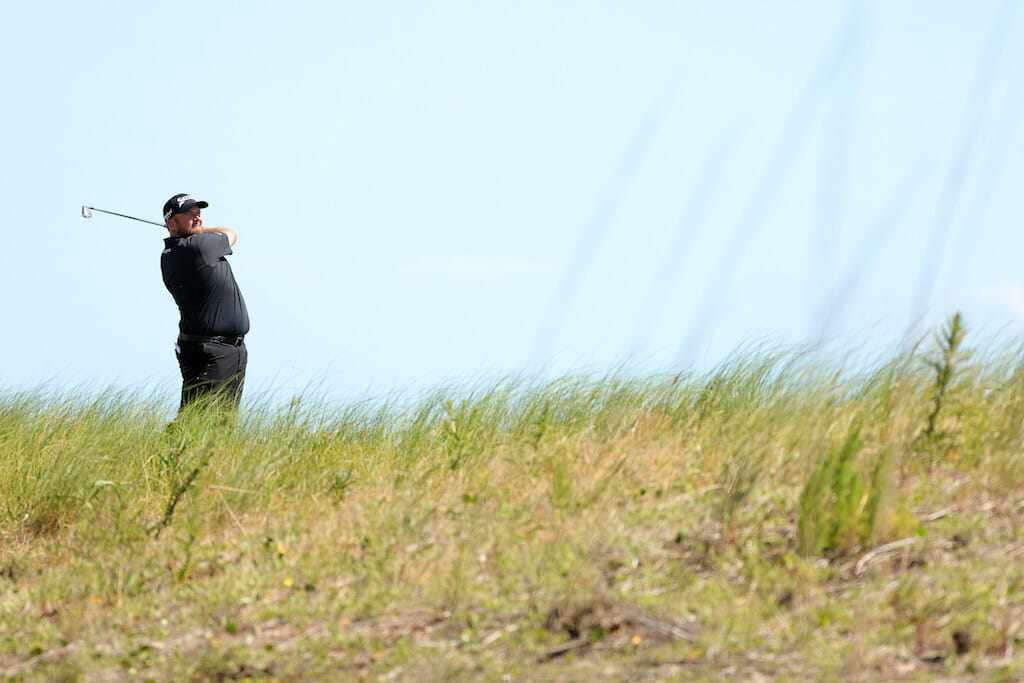 It’s approaching two years since Shane Lowry lifted the famed Claret Jug at Royal Portrush in July of 2019. Lowry’s six shot win will live long in the memory of those who witnessed it on the Dunluce Links and has whetted the appetite for more Major triumphs on the main stage of golf for the now 34-year old.

The Clara man will be again announced onto the first tee at this week’s US PGA Championship as the reigning Open Champion after last year’s renewal and his defence was postponed due to the pandemic. It led our own Bernie Maguire to asking Lowry if he still felt the buzz going to places like the Ocean Course at Kiawah Island knowing what he’s achieved or if it had any impact on his attitude heading into golf’s big four tournaments.

“I suppose the only thing I’d say going there, not that I’m like reigning Open champion but the fact I’ve managed to win one of these things, I’ve got a Major in my bag but obviously I’d like to add to my collection,” Lowry said.

“I don’t know whether that brings more pressure, or less, I’m not sure. I won’t really think about it. I’m excited to be there. I love big weeks. And I think there’s going to be decent crowds as well so it’s going to be an exciting week and I can’t wait go get going. I just love the competition. I love competing at the highest level so that it is what I am looking forward to most this week.

“When I won The Open, I looked forward to the distractions of it all and what winning a Major Championship brings. It’s funny as it was, the Masters was only a couple of weeks ago and here we are, the PGA Championship is this week and before you know it, we will be teeing-up in the U.S. Open and then The Open will be right upon us.You are kind of preparing for this week but then you are preparing for all these weeks hoping that it is a good time of year to get yourself into good form.”

Lowry’s form on Pete Dye courses this term has been no secret with two-10’s coming at TPC Sawgrass and Hilton Head. At a near 8,000-yards, the Ocean Course at Kiawah promises to present a different Dye examination but Lowry has at least guaranteed normality off the golf course as he prepares for his crack at the second men’s Major of the year.

It was only after the Masters that Lowry thought he’s be without caddie ‘Bo’ Martin and coach Neil Manchip for this stretch of tournaments due to travel restrictions in Ireland and although ‘Bo’ returned to the States a couple of weeks ago now, Lowry has been further boosted by the arrival of Manchip, a calming influence on Lowry’s shoulder and one who played a key role in getting Lowry into the right mindset ahead of that famous week at Portrush.

“Just another pair of eyes really,” Lowry said of what Manchip brings to the table, though it extends a lot further than that.

“I don’t feel like I have chipped as well the last week or two and I was out there on my own trying to figure it out and we get there yesterday and we are just doing something and he just says one little thing that triggers something in my head that makes it work better. Just little things, it comes down to Wednesday afternoon Thursday morning when I’m getting ready to play or getting a bit anxious he is just there and have a chat, stuff like that.

“He is obviously a watchful eye over my game but another person to talk to. I always feel he gets me in a good place to play golf and that’s why he is quite influential on me and I feel like when Neil’s out I automatically become more comfortable.”

Lowry gets his US PGA bid underway at 7.09pm Irish time. Rory McIlroy tees off at 1.33pm and Padraig Harrington is off at 6.14pm.