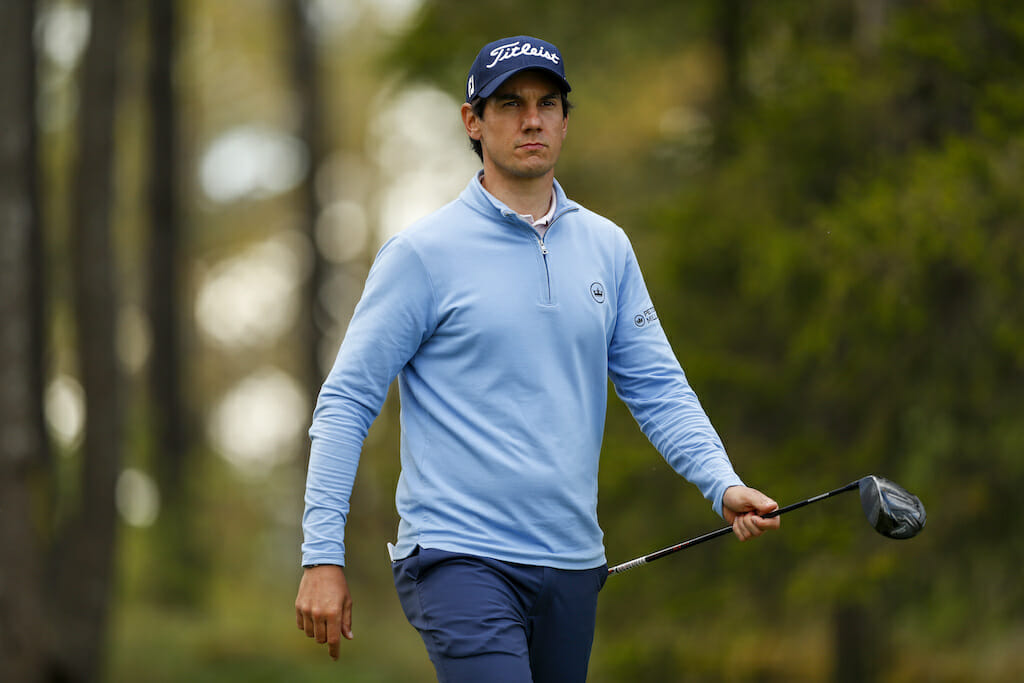 Gavin Moynihan returned a two-under par opening 70 to trail playing partner Matteo Manassero who posted his lowest round for over eight years as an-eight under par 64 handed him a one-stroke lead after the opening day of the Dormy Open.

Moynihan, looking to bounce back from missed cuts in South Africa and Sweden, carded six birdies and four bogeys to sit in a tie for 33rd, leading the Irish charge on day one at Österåkers Golfklubb.

The Northern Irish duo of Tom McKibbin and Michael Hoey, along with Portmarnock’s Conor Purcell all signed for even par 72s; McKibbin carding four birdies and four bogeys, Hoey posting an eagle and three birdies but also had two double-bogeys, and Purcell also trading four birdies with four bogeys in mixed bags on day one for the trio.

Mallow’s James Sugrue is two shots worse off after a 74 to start while Tramore’s Robin Dawson continues to struggle after a nine-over 81 on day one.

Italian stallion Manassero returned his lowest round on either the European Tour or European Challenge Tour since the 2012 Aberdeen Asset Management Scottish Open and he leads by one from Sweden’s Björn Hellgren and Frenchman Victor Riu, who share second place on seven-under par.

The four-time European Tour winner admits he did not expect the scoring to be as low as it was on the Henrik Stenson designed Öster Course but rode the wave of momentum to post the low round of the day.

“To be honest when we practiced I didn’t see scores like that coming but it was one of those days in which things went the right direction,” he said. “Everything about this course is difficult. Off the tee the fairways are quite wide but if you miss, most of the time it’s in the water so you are just taking penalties.

“There was not much wind today but when the wind picks up a little bit, it becomes a real challenge, even off the tee. The greens are very slopey, fast and quite firm to be honest, so you’ve got to be precise with your second shot.

“You have to be precise with your first, with your second and then you need quite an imagination on your putting because the greens have really hard slopes, so it’s a really complete course. Henrik did a great job.”

Manassero carded nine birdies and a single dropped shot on the opening day in Sweden and he is hoping to build on his solid start as he eyes his maiden Challenge Tour title.

“I played well and everything seemed to go in the right way, so I’m really happy and hopefully I can keep it going,” he said. “The game was not so strong last week. I practiced a bit and it was stronger today. I was obviously really surprised and delighted with how I played today and I am looking forward to the next few days and we’ll see how it goes. In golf, there is always a new day in a good and a bad way, so I’ll just keep my focus and do my own things.”

Hellgren and Riu share a two-shot cushion to Swedish trio Hampus Bergman, Henric Sturehed and Jesper Svensson, Finland’s Roope Kakko and American Douglas Quinones, who all share fourth place on five under par. The second round of the Dormy Open will begin at 7:30am local time on Thursday May 20, with Manassero playing alongside Moynihan and Denmark’s Martin Simonsen at 8:40am.