McIlroy takes the proverbial Mickey out of good friend Thomas 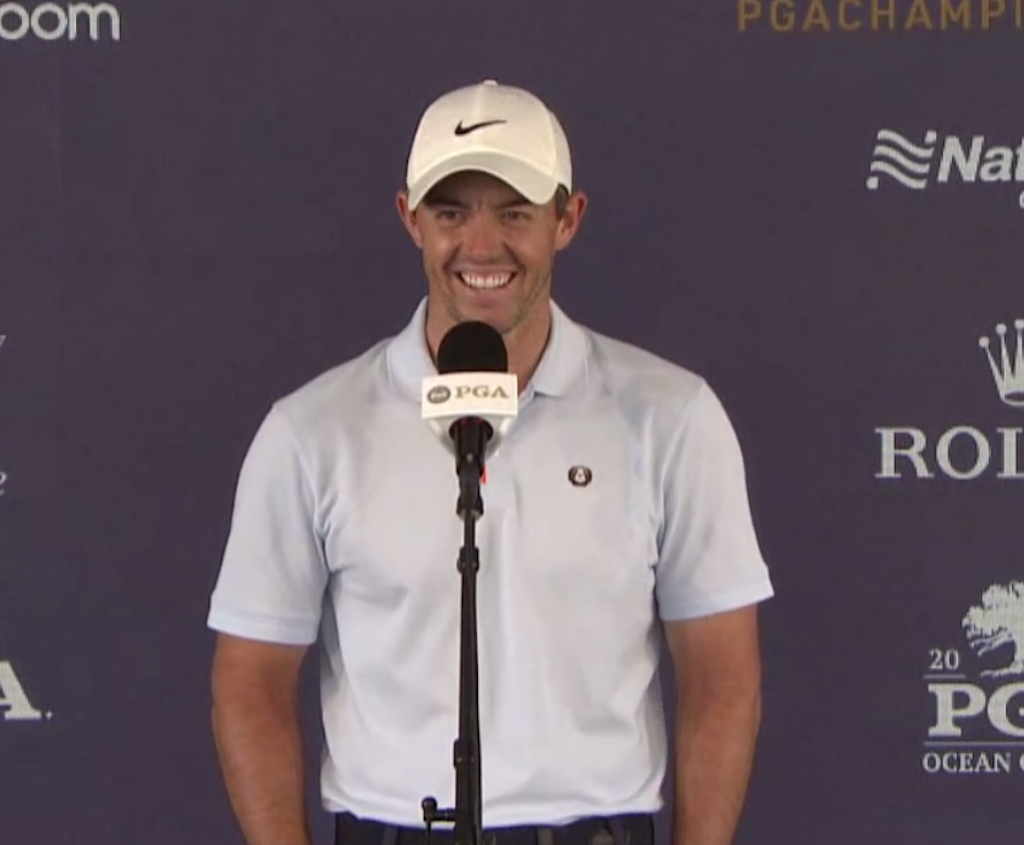 Rory McIlroy was in fine form at Kiawah

It was the final question in Rory McIlroy’s press conference ahead of this week’s 103rd hosting of the PGA Championship at Kiawah Island.

It was a serious question: “You talked a bit earlier about the 2012 PGA Championship win, but I’m curious from your perspective when you look back at that victory, how big was that moment for you, winning your second major at that moment in your career?”

But before the reporter had finished her question, McIlroy was laughing his head off. Unbeknown to those on the PGA Championship ‘Zoom’ hook-up, waiting in the back of the interview room was good friend and fellow PGA Champion, Justin Thomas.

And after noticing Thomas in the back of the room, the quick-thinking McIlroy sensed this golden moment to take the proverbial p*** out of Thomas.

“Yeah, it was huge,” he said, leaning into the second part of his answer, his eyes focused on Thomas. “A lot of guys have won one major, but it’s a big hurdle to get to the second. It was good to get that monkey off my back. I definitely didn’t want to be stuck on one for a long time, so happy to get that second.”

Those in attendance at the media centre said that all Thomas could do was smile and shake his head. Thomas then muttered: “Well played”.

After the presser, McIlroy lingered on the dais for an extra moment. The four-time major champ opened his arms and embraced Thomas. Given a chance to offer a rebuttal a few minutes later, Thomas swallowed his pride and took the high road – well, sort of.

“I can’t really say too much,” he said, “other than it’s great to see him win. I know it’s been a really long time for him, so I’m glad to see him win.”

Ah, yes, another subtle but well-calculated dig – the victory at Wells Fargo was McIlroy’s first since November 2019. Thomas had won three events during that span.

“But at the same time,” Thomas said, “I really don’t want to egg him on because usually when he wins, he likes to reel some off, and with a lot of big tournaments coming up, I don’t really want to poke the bear!”