Major player Clarke kicks to the lead at Regions Tradition 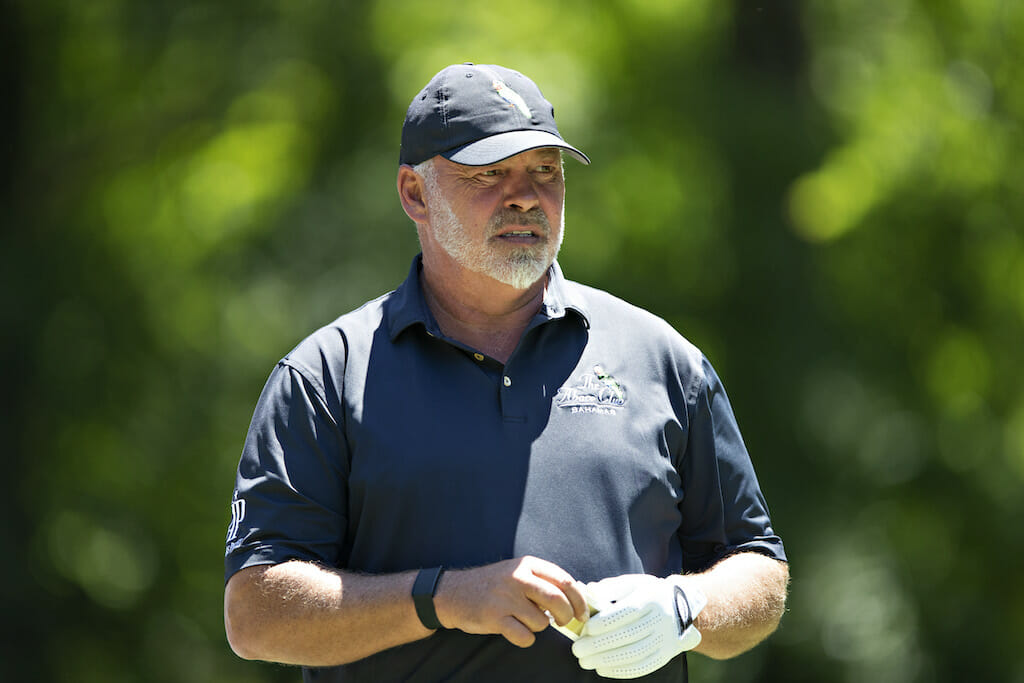 Darren Clarke’s name is atop a Major leaderboard once more after the 2011 Open Champion fired a six-under par 66 to lead the Regions Tradition, the first of five PGA Tour Champions Majors in 2021.

Ten years after the Dungannon favourite held aloft the Claret Jug, Clarke, who’s already twice a winner on the over-50’s circuit, carded a magnificent seven birdies to hold a one stroke advantage over Stephen Ames and Jerry Kelly at Greystone Golf & Country Club.

“Majors are majors, it doesn’t make any difference which tour they’re on,” Clarke said. “You want to play well. You ask Tiger Woods, you ask Rory McIlroy, you ask Dustin [Johnson], you ask Mr. Nicklaus, you ask anybody, Majors are what they all want, and it’s the same out here.

“We all want them, too. There’s a little bit of added excitement, four-round tournament. I think it’s the first tournament I’ve walked since Pebble Beach last year, so my legs are a little bit sore!”

Despite a lack of game time, the 52-year old entered the $2.5million event full of confidence off the back of his two victories coming in consecutive starts in November in Florida and January in Hawaii. He teed off on the back-nine and quickly found forward gears, nailing birdies at his opening two holes before a hat-trick of gains from the 16th saw him make the turn in 31 (-5).

He moved to six-under with a birdie at the par-5 second, his 11th, before the scoring slowed down with Clarke trading one more birdie with a bogey to reach the clubhouse in 66, the standard bearer after the opening round of the Champions Tour’s first Major of the year.

Steve Stricker, the 2019 winner, was among three players two shots back at 68 alongside Alex Cejka and Mike Weir, who’s coming off a win at the Insperity Invitational. Ernie Els was among a group of seven players at 69.

“You know, coming into this week, there was nothing I would rather do than win two Majors in a row,” said Kelly. “It just gives you that extra motivation. I’m not overly confident by any means because I haven’t been playing that great, but it’s building. I can feel it building. To do this in the first round of our first major, it feels good.”

Ian Woosnam withdrew after the ninth hole with a hip injury while Loren Roberts also pulled out before the round with an unspecified injury.