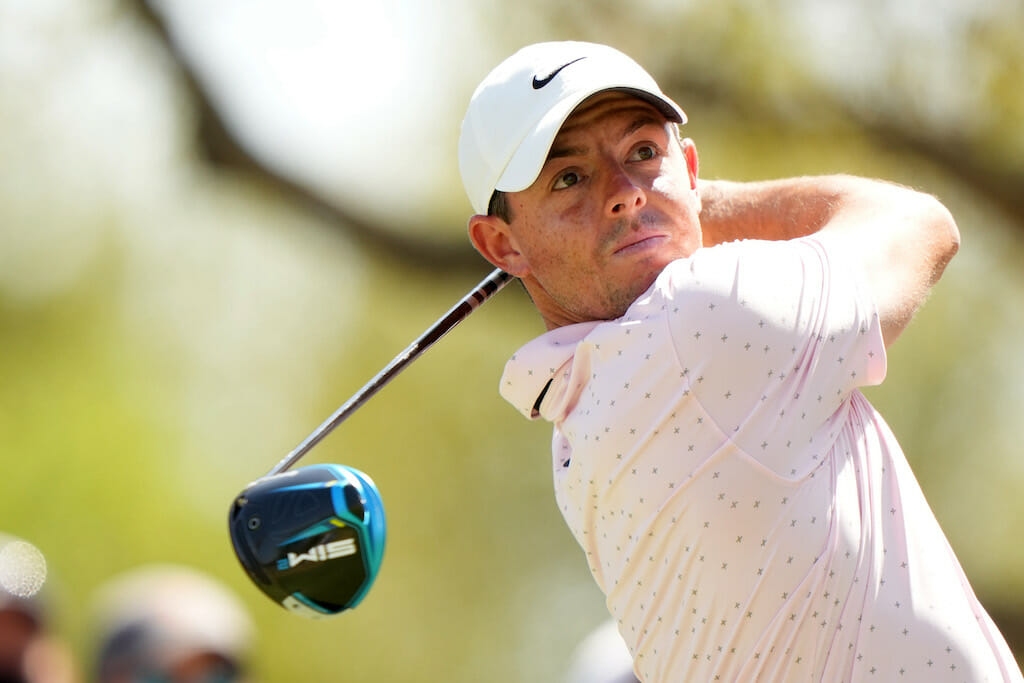 Not for the first time, Rory McIlroy has come out firing against the proposed Premier Golf League – now rebranded Super Golf League – a Saudi-backed breakaway Tour aiming to lure the game’s best players away from traditional Tour stops with tens of millions of dollars reportedly on the table.

The likes of Dustin Johnson, Justin Rose and Bryson DeChambeau are said to be top targets for the SGL who are looking to sign up 16 players for a five-event series in 2022 with some reports suggesting players would receive around $20m just for taking part. Unsurprisingly, the PGA Tour and European Tour have come out strongly against such plans, warning any players signing for the SGL will face suspension and possible expulsion from both Tours.

Now McIlroy, Chairman of the PGA Tour’s Players Advisory Council has again nailed his colours to the mast, insisting that the SGL is no closer to realisation than it was when he was first approached by organisers some seven years ago.

“They first contacted me back in 2014, so this is seven years down the line and nothing has really changed,” McIlroy said ahead of Thursday’s starting Wells Fargo.

“Maybe the source of the money’s changed or the people that are in charge have changed, but nothing has happened. No sponsorship deals, no media deals, no players have signed up, no manufacturers have signed up. There’s been so many iterations at this point.

“You go back to what happened last week in Europe with the European Super League in football. People can see it for what it is, which is a money grab, which is fine if what you’re playing golf for is to make as much money as possible. Totally fine, then go and do that if that’s what makes you happy.

Whether McIlroy’s morality is par for the course remains to be seen, however. He is one of the few players who has boycotted the Saudi International, questioning the origins of the money being thrown at the game’s best players to entice them to the desert. The now 32-year old reportedly turned down upwards of $2million in appearance money but the same can’t be said for the likes of Phil Mickelson and Dustin Johnson whose names have never been far from the SGL shake-up.

McIlroy insists that the product presented by the PGA Tour should provide ample reward  for the game’s star performers and sees no problem with players being handed bans should their heads be turned by the Saudi dollar.

“Well, no, because you have to protect your product, right? You have to protect what you have,” McIlroy added. “It’s a competitive threat. And Jay took us through it last night. It’s in the bylaws that were written by the members.

“Look, you saw what happened last week in the U.K. and in Europe with the European Super League. The top 12 clubs got together and said, “Let’s keep more of the money for ourselves,” and people didn’t like that. It affects competition, it affects the integrity of competition. I just can’t see how it works.

“I think the model that the PGA Tour and the European Tour have, I don’t think there’s a better model for the game of golf because it gives everyone an opportunity to go out there and have a great week and change their lives.”

“The game of golf, whether it’s a right thing or a wrong thing, is so about history and so about — we still talk about Gene Sarazen and Walter Hagen and Ben Hogan and all those guys because that’s what this game is. It’s steeped in history and the legacies that those guys have. If you move further away from that, you’re basically losing the essence of what competitive golf is. Again, that’s my stance on it and that’s been my stance for a long time. I just can’t see how it happens.”