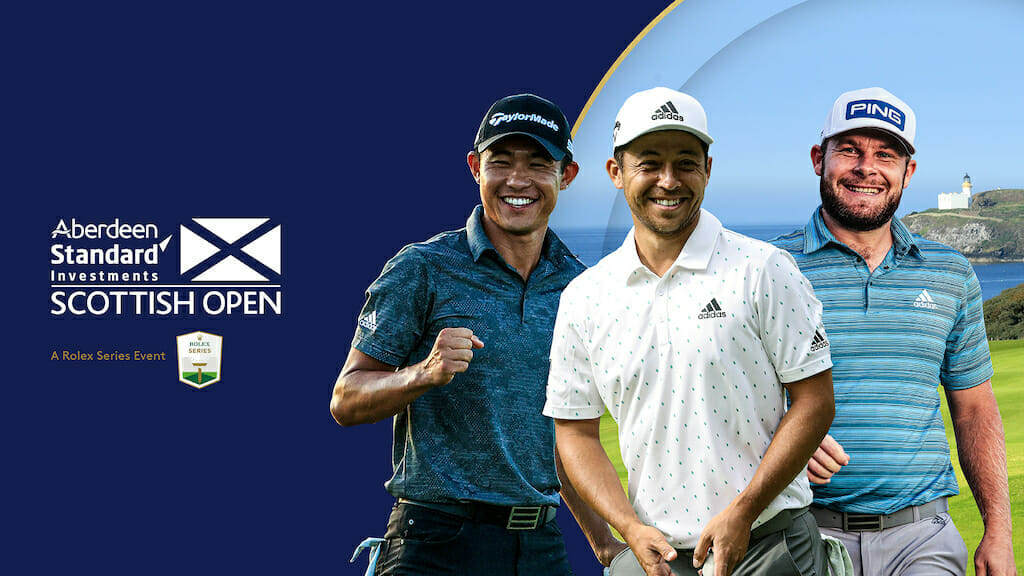 Three of the world’s highest ranked players have confirmed their participation in the 2021 Aberdeen Standard Investments Scottish Open, with American stars Collin Morikawa and Xander Schauffele set to tee it up alongside multiple Rolex Series winner Tyrrell Hatton at the Renaissance Club from July 8-11.

World Number 6 Morikawa, who burst onto the world stage with a maiden Major Championship victory at the 2020 US PGA Championship, and World Number 4 and four-time PGA Tour winner Schauffele, who finished third at The Masters last month, are set to make their debuts at Scotland’s National Open.

They will be joined by World Number 8 Hatton as the Englishman goes in search of a record fifth Rolex Series title and his second this season, following his success at the Abu Dhabi HSBC Championship in January.

Morikawa and Schauffele will bid to follow in the footsteps of compatriots Rickie Fowler and Phil Mickelson by finding success in Scotland, the Home of Golf, as the Aberdeen Standard Investments Scottish Open once again takes its place in the week before The Open at Royal St George’s.

“I’m excited to play in Scotland for the first time,” said Morikawa. “I’m looking forward to making my debut in the Aberdeen Standard Investments Scottish Open and playing in the Home of Golf. I’ve heard a lot about the tournament, and it will be a lot of fun to tee it up on the European Tour again.”

Schauffele will be making his first appearance in Scotland since The Open at Carnoustie in 2018, where he finished in a share of second place behind Italy’s Francesco Molinari: “I have great memories of playing in Scotland a few years ago at Carnoustie, so I hope to rekindle some of that form and find myself in contention at the Renaissance Club,” said Schauffele.

“It’s a tournament with a proud history and I’d love to add my name to the list of great champions as I prepare to tee it up at The Open again.”

Hatton started the 2021 Race to Dubai with victory in Abu Dhabi, adding to the Rolex Series titles he won at the 2017 Italian Open, 2019 Turkish Airlines Open and the BMW PGA Championship last season. The 29-year-old is no stranger to success in Scotland, recording his first European Tour win at the Alfred Dunhill Links Championship in 2016 and then successfully defending his title the following year. He also finished second behind Sweden’s Alex Noren at the 2016 Aberdeen Standard Investments Scottish Open at Castle Stuart.

“Winning my first European Tour title in Scotland was a huge milestone and something I will always remember. It would be special to add the Aberdeen Standard Investments Scottish Open title to my achievements in the Home of Golf.

“I’ve had chances at the Scottish Open before, so I’m looking forward to playing at the Renaissance Club again and hopefully I can find myself in position to win another title that week.”

The European Tour is cautiously optimistic that a certain level of spectator attendance will be permitted at the 2021 Aberdeen Standard Investments Scottish Open, with details to be confirmed in due course.

To be the first to hear ticket and event news, fans can register interest at ET.GOLF/ASISO2021