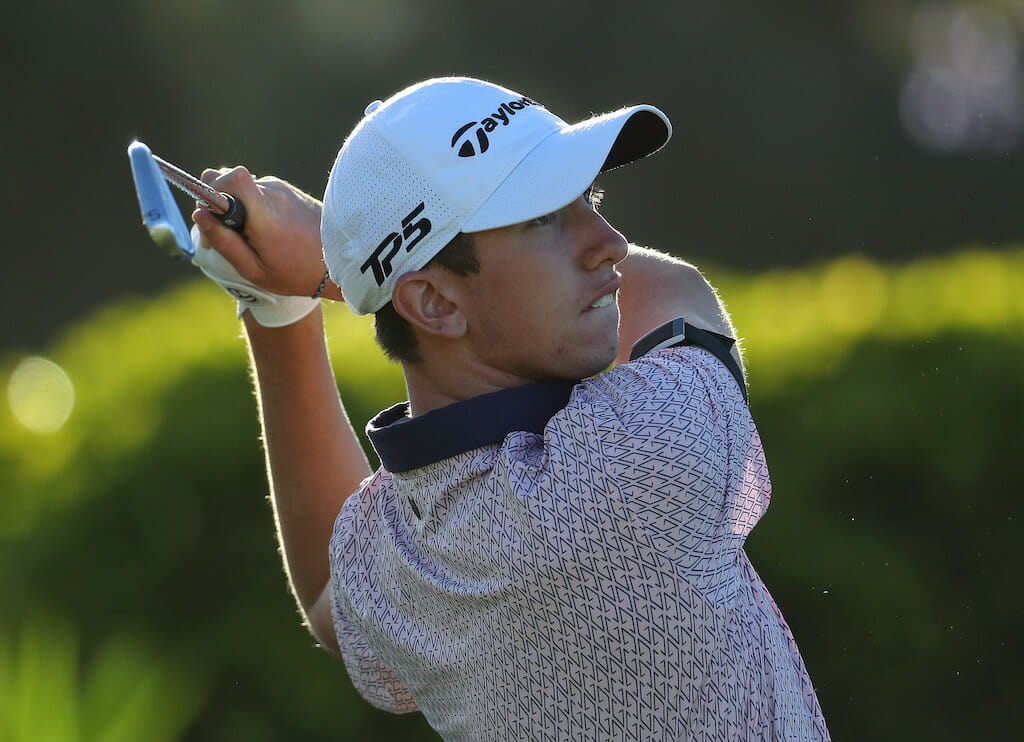 Tom McKibbin admits he was left confused as to why his name was omitted from next month’s GB&I Walker Cup team but his exclusion ultimately made up his mind to turn pro a little earlier than planned.

The Holywood teenager makes his professional debut on invite at this week’s Tenerife Open having conquered much in the amateur game, though without the Walker Cup cap he was expecting.

“I was always going to turn pro, but with me not making the Walker Cup team I decided to go a few weeks earlier,” McKibbin said.

“The events to play on the amateur side of things – there’s nothing to do at the minute and there hasn’t been over the last year so that was probably not a decision I based it on – but looking back at it now, I can actually play events rather than playing and stopping. I can play quite a few events now.”

As for his disappointment at missing out on the GB&I team that includes fellow Irishmen John Murphy and Mark Power, McKibbin was keen to put it in the rear-view mirror.

McKibbin finds himself on the European Tour for one week at least having first appeared on Tour as a 15-year old amateur at the 2018 Shot Clock Masters. Now 18, McKibbin had commanded the attention of some of the top colleges in America keen to capture his signature but given uncertainty around Covid and his amateur career to date, the Northern Irishman has taken a chance on golf’s paid circuit instead.

“I thought about college in the States,” he said. “I’d committed to go to Florida for this coming year. With COVID it was difficult with school and getting work done. My school were great in supporting me through everything. It was difficult to get everything squeezed in and try and play, so I took a chance with this option.”

“I wasn’t going to stay and play another year of amateur golf, not knowing where to play or what there was to play. I made that decision pretty quickly that I was going to go this route. I played at every amateur event there probably is – I’m just going to move on from that now.”

Asked if there was a plan B given he’s decided against a college course at some of the world’s top universities, a confident McKibbin, added: There’s no Plan B. I’ll just focus on Plan A and hopefully that will work.”

Comparisons will inevitably be drawn between McKibbin and Rory McIlroy. Both products of Holywood golf club, McIlroy turned pro at the 2007 British Masters aged 18 yrs 4 months and 16 days with McKibbin turning pro on Thursday aged 18 years, 4 months and 10 days. Where the comparisons lead, only time will tell but McKibbin has the ear of McIlroy should he need it, and that’s got to count for something.

“I’ve talked to Rory quite a bit,” McKibbin said. “He’s given me his opinion and I’ve talked to him – that’ll stay with me – but he’s been great to me and I’m really thankful for that. It’s just awesome to be able to get to ask him questions and learn from him.”

McKibbin’s professional career will begin at 1.17pm on Thursday. From everyone here at IGM, we hope you smash it, Tom!