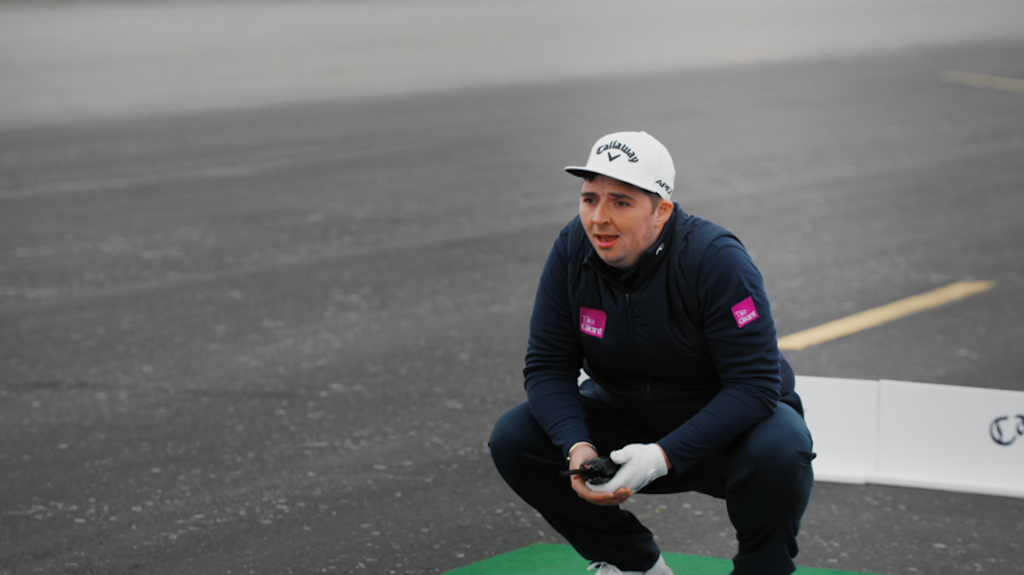 Filmed on Thursday April 8, 2021, Armitage used a Callaway Epic Driver to hit the ball 277m / 303 yards down the runway into the front passenger seat of the moving BMW M8 convertible, which was travelling at 71 mph / 114 km/h at the moment of catching the ball.

After some dramatic attempts, including several near misses, a smashed windscreen and even once successfully catching the ball but not managing to better the existing record, there were exuberant celebrations when the pair finally managed to combine perfectly for the spectacular achievement.