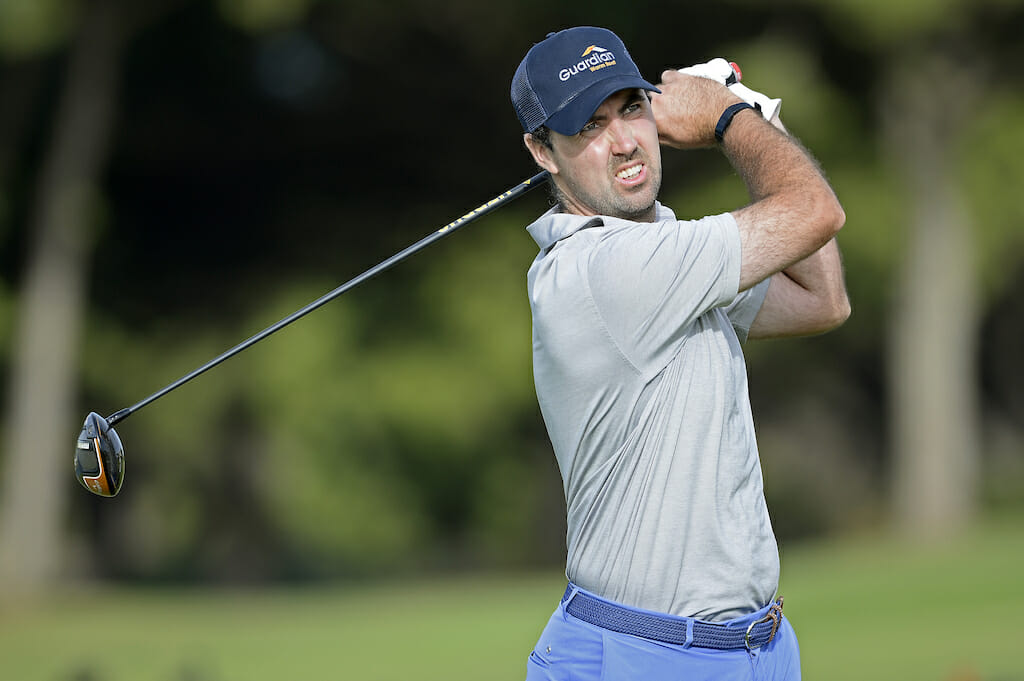 Royal Dublin’s Niall Kearney hit the ground running in his first appearance of the 2021 season with an excellent four-under par 66 on day one of the European Tour’s Gran Canaria Open.

The 33-year old, who was last seen on a European Tour fairway when enjoying a top-30 finish at the Golf in Dubai Championship back in December, birdied four of his last seven holes with five birdies in total to sit in a tie for 25th overnight, just three strokes off the lead.

The Dubliner finds himself one clear of Ardglass professional Cormac Sharvin who had six birdies but also a bogey and a double in his three-under 67. Paul Dunne posted five birdies in his two-under 68 while Jonathan Caldwell also managed five birdies, matching Dunne’s score with the pair in a big tie for 59th at minus-two.

Tournament host Rafa Cabrera Bello is just two shots off the lead on his idyllic home island, among a congested day one leaderboard at the inaugural Gran Canaria Lopesan Open.

Joachim B Hansen, Joost Luiten, Robin Roussel and Max Keiffer – who continued his hot streak in the Canary Islands sun after a second-place finish in Austria last week – recorded seven under par rounds of 63 to share a slender lead at Meloneras Golf by Lopesan.

Spain’s Alejandro del Rey, Scott Jamieson of Scotland and American Julian Suri are amongst a group of seven players at six under par, while Ryder Cup star and Gran Canaria native Cabrera Bello’s five under par round of 65 was matched by a further 12 players.

“I am very happy,” said Cabrera Bello. “I have been saying it all week that it is a pleasure to have the European Tour back in the Canaries and for someone that was born here, raised here, and I come as often as I can, I always tell everyone how nice it is here, so I am glad we get the opportunity to showcase it to the rest of the world.

“I am missing a big crowd but I am feeling the support. Some of the holes close to the road had people cheering which was cool, so I want to give them a big thank you for coming out even though they are not here as normal, but they were able to see a little bit of golf.”

Hansen took the early lead after recording five birdies and an eagle, but the Dane’s score was quickly matched by Luiten in the next group. The Dutchman, also teeing off the tenth, lit up a rollercoaster front nine that included three birdies and two bogies with the fifth hole in one of his European Tour career on the 15th.

Germany’s Kieffer got off to a fast start, getting to five under after six holes, with a double bogey on the eighth the only blemish on his scorecard. The trio were then joined at the top of the leaderboard by Frenchman Robin Roussel, who dropped a single shot on his opening hole in his round of 63.