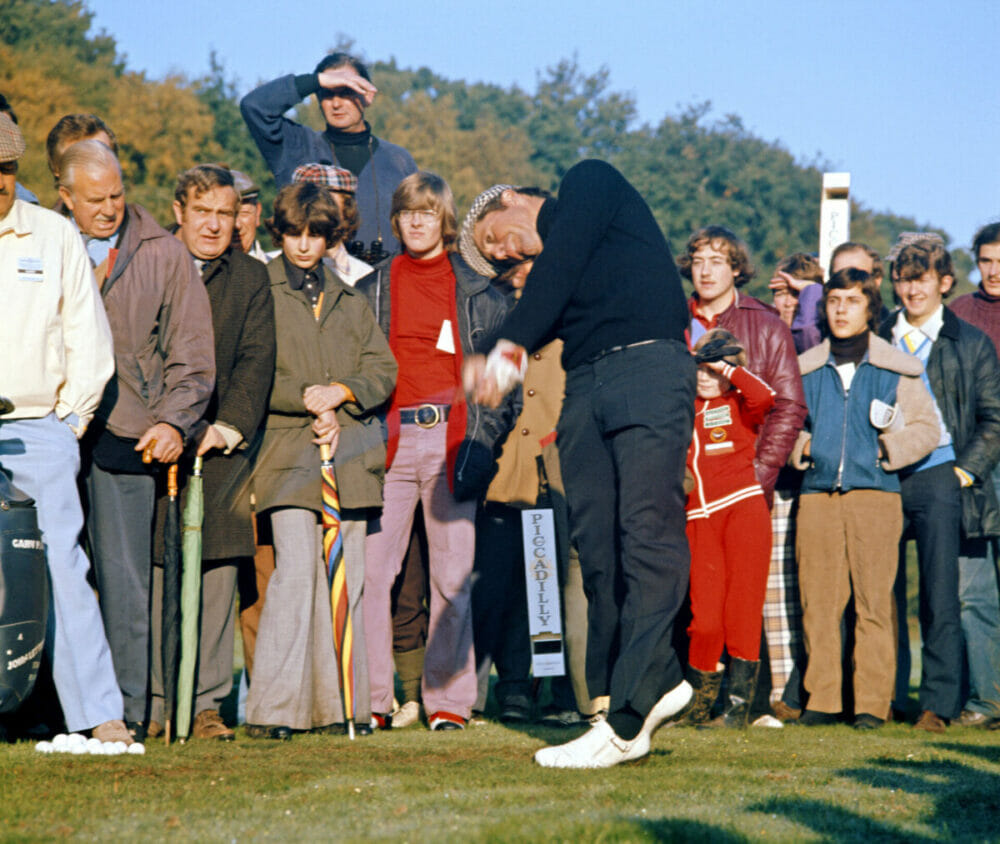 I am very sad to see Gary Player at 85 years old being savaged by the golf media for some inappropriate and exploitative marketing that his 58-years old son, Wayne, did during the honorary starter’s ceremony at The Masters. The younger Player stood directly behind Lee Elder while blatantly holding a sleeve of golf balls that he wished to promote in full view.

Gary had a very tough start in life. His father died young and when he came to GB&I in 1956 to pursue a career as a touring pro, he wasn’t very good. His chance of success were remote. Gary was so poor he slept in bunkers and could not afford a belt to hold up his only pair of trousers, so he used a piece of twine. Against the odds and contrary to advice from Henry Cotton to “go home and find another means of earning a living”, he persevered and became successful.

Prize money was meagre in the 1950s. The only pros who did not have club jobs to supplement their income were those who came from South Africa and Australia, like Bobby Locke and Peter Thomson. Sponsorship money was essential to eking out an existence as a touring pro golfer from afar.

When Gary managed to make a name for himself by winning tournaments and sponsors came calling, he embraced every opportunity to earn the extra money he so badly needed, not caring much about what he was asked to promote. He is still doing it today.

Gary has always felt the need to sell himself. He has always felt dependant on sponsorships and deals to boost his income. Selling himself is what Gary has done for almost 70-years. Publicity is his oxygen. He is a self-made man who overcame unbelievable obstacles. He has been ‘wired’ that way for so long that it is part of his DNA. It’s not evil; sad and pathetic is a better description.

It’s just a pity that Gary’s son, Wayne, a terrific golfer in his own right when he was a teenager but who was unable to make a living as a pro in spite of being one of the world’s best amateurs in his day, felt that he was justified in hijacking Lee Elder’s ceremony of overdue recognition at The Masters. I am sure Mr. Elder will have understood that apples never fall far from trees and the Players’ motivation had nothing to do with him and he won’t care.

From a personal point of view, my attitude is nobody is perfect and in spite of his faults Gary Player has always been one of my heroes because of his incredible work ethic and unrelenting determination to overcome adversity. Gary has got more out of his God-given talents than any golfer in history if you ask me and he fully deserves to be recognised as one of the greatest players of all time. His record and longevity speak for themselves.

Perhaps Gary Player’s greatest achievement was winning the U.S. Open in 1965, which he accomplished with a set of prototype aluminium-shafted irons made by a company called Shakespeare? Playing with that equipment was a huge handicap, but he overcame it and he won.