Maguire in Major contention after superb opening 67 at ANA 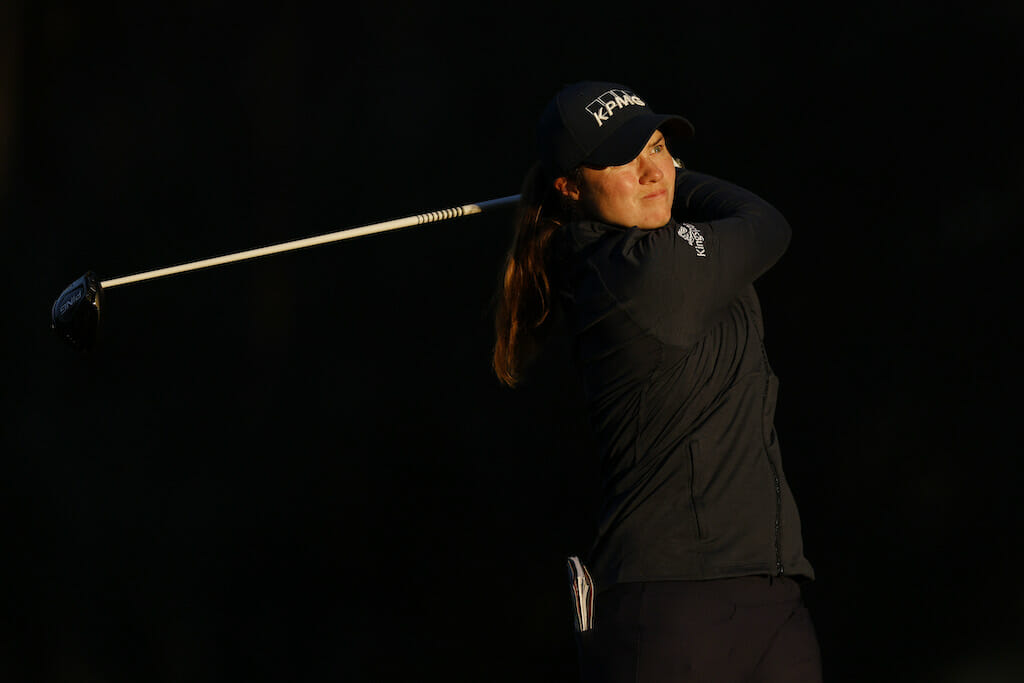 Leona Maguire fired a five-under par 67 to soar into contention on day one of the year’s first Major, the ANA Inspiration at Rancho Mirage.

Having enjoyed a tied-18 finish at the event last year, and also played the Dinah Shore course on invite during her college days at Duke University, the Cavan professional looked at home on the main stage of women’s golf, carding six birdies and one dropped shot to sit just one stroke off Thailand’s Patty Tavatanakit heading into day two.

“I played great,” Maguire reflected. “Hit the ball solidly off the tee, which setup of a lot of nice irons into the greens. Feel like I got off to a nice start. It was nice to start birdie, birdie and get some momentum heading into the round. Yeah, I played really, really solid.”

“I came here for the first time as an amateur when I was still in college, and it’s just a fun place to be. Great golf course. It’s a really good test,” added the 26-year old who sat atop the women’s amateur rankings for a record 135 weeks.

“You’ve got to drive the ball well. Hit your irons in the right places. And then there is lots of slopes and subtleties to the greens. They’re rolling really well, so you have to stroke it on a good line. I’ve been playing well the last few weeks. Got off to a really nice start this season, and trying to build on that momentum. It’s nice to come back to a course that I’ve been to before and I did well on last year.”

Meanwhile, Stephanie Meadow also made a bright start to give Ireland two live chances heading into the second day. The Jordanstown professional signed for a one-under 71 with three birdies and two bogeys putting her in a tie for 30th at minus-one.

Tavatanakit turned pro shortly after finishing 26th in the 2019 ANA Inspiration, winning three times on the Symetra Tour that year. Showing a patience that belied her 21 years, when asked when she was going to win on the LPGA Tour she commented, “It’s just basically still my rookie year, so there is a lot to learn. Everyone is good out here, so you have to show a lot of respect to the players, too.

“I still have to hit good shots. I still have to play smart. Can never get ahead of myself out there, because literally anyone could shoot low numbers and sneak up there really quickly.”

A beneficiary of two ANA Inspiration amateur invites before turning professional, Tavantanakit explained, “Well, this is my fourth time here. It helped playing the course at a really young age, seeing it differently. I feel like I’m hitting it the furthest I’m hitting.

“I can never reach the green on 9 for the three times I played here and I was able to do it today. I was telling my caddie, Man, I’ve got a little bit of a different game here. I’m hitting it a little further, and if anything a little straighter. My course strategy was better just because I know the course a little better, too.”

One of the greatest characters on the LPGA, Shanshan Feng returned to the LPGA for the first time this week since November 2019. Without a hint of rust, she fired an opening 67 to be sharing second place with Maguire.

A blemish free round saw China’s Olympic bronze medallist smiling even more broadly than normal, enthusing “I would say that I’m mentally very fresh because this is my first tournament in, I don’t know, 13, 14 months I guess. So I am mentally very fresh and I feel like my body is maybe back to like 25. Not quite 18, but back to maybe like 25, so able to get through the 18. I’m feeling good, yeah.”