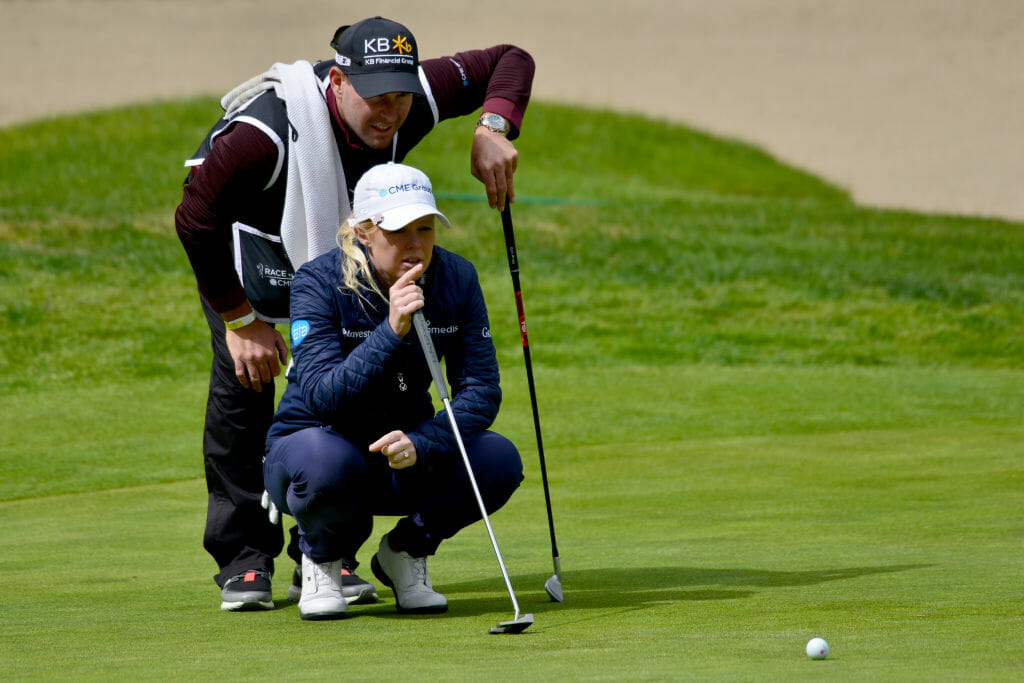 There were mixed emotions for both of Ireland’s LPGA representatives in the third round of the Kia Classic in Carlsbad as both finished the day tied for 37th place on level par.

For Stephanie Meadow there will have been a tinge of disappointment in her round of 73 (+1) as she double-bogeyed the final hole which dropped her from being on the cusp of the top-20 heading to the final round. She had been steady up until that point, carding three birdies and two bogeys but Meadow has shown before that she can dig in when required and Sunday presents another opportunity to bounce back.

Leona Maguire on the other hand returned her best round of the week with a two-under par effort (70) which added to her opening scores of 72 and 74. Carding four birdies and two bogeys she will take great confidence into the final day and after her recent run of great form she’ll no doubt be looking towards the top-20 positions.

Hall of Famer, Inbee Park is the tournament leader though and she looks unstoppable after opening up a five-shot lead following a third round of 69. Having been second in this event in 2010, 2016 and again in 2019 the world #4 is looking odds on for her 21st Tour victory in her first LPGA event of the season.

“It’s tough putting on these greens, but I have been handling myself really well on the greens,” Park said. “Obviously, they made the course very reachable today and I couldn’t take advantage of those holes, but I played the rest of the holes well. So I’m happy with that.”

There’s a three-way tie for second place with Korea’s Mi Jung Hur, Australia’s Minjee Lee and England’s Mel Reid all on seven-under par but you get the feeling that they’ll be fighting it our for second given the form of Park this week.

“She’s got a five-shot lead, so I’m going to have to do something special to get it done tomorrow,” Reid said. “I think tomorrow the game plan is to play aggressive and there is nothing to lose, and I’m going to try and get as close as I can to Inbee. But she’s an unbelievable golfer and she’s going to be hard to beat. She doesn’t make any mistakes.”