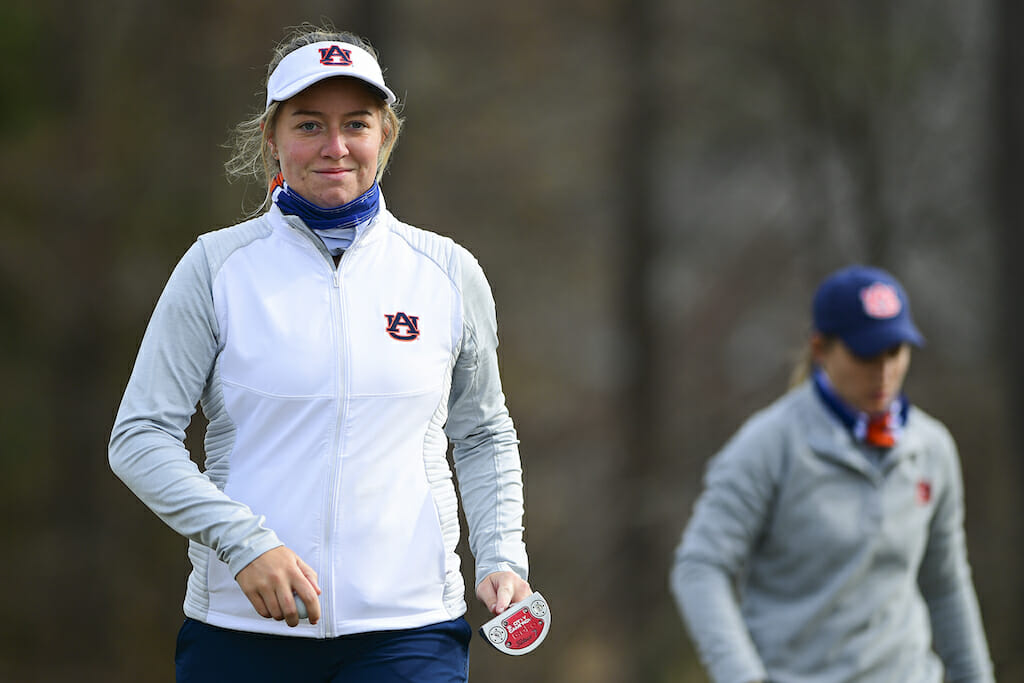 “Anna has worked so hard, and she deserves this accolade,” Auburn head coach Melissa Luellen said. “Having two freshmen receive the SEC Freshman of the Week makes me feel good about our recruiting. The future looks bright.”

Foster, playing in just her fourth tournament at Auburn, finished tied for seventh at the Liz Murphey Collegiate Classic. It was the first career top-10 finish for the freshman from Dublin, who finished ahead of 22 players ranked in the top 100 nationally per Golfstat.

Foster was one of three players in the field to shoot par or better in two of the three rounds, but her best round came Sunday when she closed out the tournament with a career-low 70 (-2) and made four birdies on the day. She finished with a total of seven birdies and also made 38 pars on 54 holes, which tied for fourth-most in the field.

Through four tournaments, Foster now has five rounds at par or better, and she lowered her season scoring average to 73.50 per round, third-best on the team. Next up for Foster and her Auburn teammates will be the LSU Tiger Golf Classic on April 6-7.