McIlroy and Cowen quickly get to work; Bannon retained 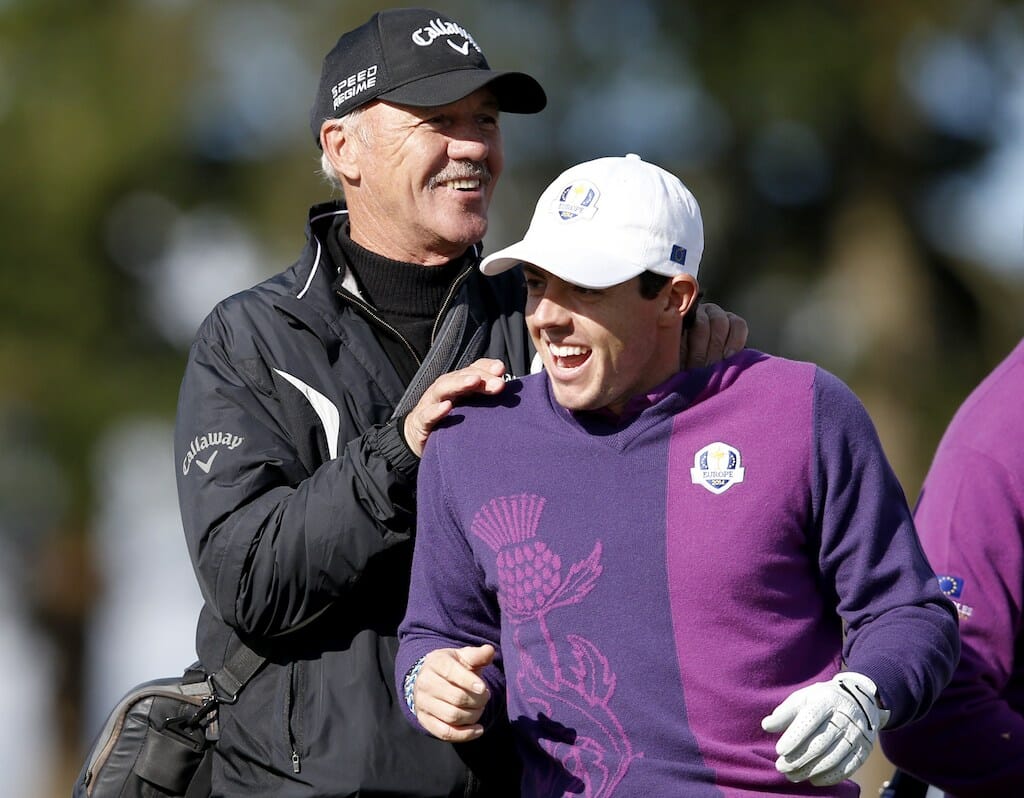 Rory McIlroy has confirmed that life-long coach, Michael Bannon remains part of his backroom staff after officially getting to work with swing-coach Pete Cowen ahead of this week’s WGC-Dell Match Play.

The four-time Major winner was speaking to Golf Channel reporter Todd Lewis off-air where he talked again of his swing frustrations, particularly his battle with the “dreaded two-way miss” that plagued him at The Players where he missed the cut by 10 shots at TPC Sawgrass.

Wasting little time putting McIlroy to work, Cowen’s methods could be seen on the range at Austin Country Club this week where the world number 11 performed a drill, hitting shots with his right arm only with the pair supposedly “going through the golf swing in reverse”.

In essence, under Bannon, McIlroy had targeted a perfect position at the top of the swing, allowing his action to develop naturally from there. Under Cowen, it seems they’re working on the downswing first, and specifically that right arm position through impact.

Which begs the question, can Cowen and Bannon co-existed given two very different ideologies around the golf swing? For now, McIlroy believes they can with Belfast-based Bannon retained while Cowen gets hands-on with U.S. based McIlroy.

However it develops, one thing’s certain, McIlroy needed to change something after his swing unravelled with rounds of 79 and 75 at Sawgrass. Even with the addition of Cowen, his Grand Slam hopes for this year at least are surely hanging by a thread with under two weeks to go before Augusta; but long-term, the experience and expertise of someone like Cowen could prove exactly the catalyst McIlroy needs to rediscover the form that makes him the best player in the world on his day; a day that seldom comes of late.

Cowen has coached a whole host of Major champions, from Henrik Stenson to Darren Clarke to four-time Major winner, Brooks Koepka and he takes the reins with McIlroy at a time the Holywood star needs stern direction more than ever.

“I was doing a little bit of speed training, started getting sucked into that stuff, and my swing got flat, long, and too rotational,” McIlroy said of the origins of his swing issues. “Obviously I added some speed and I am hitting the ball longer, but what that did to my swing as a whole probably wasn’t a good thing, so I’m sort of fighting to get back out of that. That’s what I’m frustrated with.

“I’d be lying if I said it wasn’t anything to do with what Bryson did at the US Open. I think a lot of people saw that and were like, if this is the way they’re going to set golf courses up in the future, it helps. It really helps. And I thought being able to get some more speed is a good thing, and maybe to the detriment of my swing, I got there, but I just need to maybe rein it back in a little bit.”

“After Winged Foot I had a few weeks before we went to the West Coast and I started to try to hit the ball a bit harder, hit a lot of drivers, get a bit more speed, and I felt like that was sort of the infancy of where these swing problems have come from. So it’s just a matter of trying to get back out of it.”

McIlroy’s first competitive test comes this afternoon [Wednesday] where he faces Ryder Cup teammate, Ian Poulter in the opening match of this week’s Match Play. They get play underway at 12.45 (Irish time). Shane Lowry tees off against Ryan Palmer at 14.02.