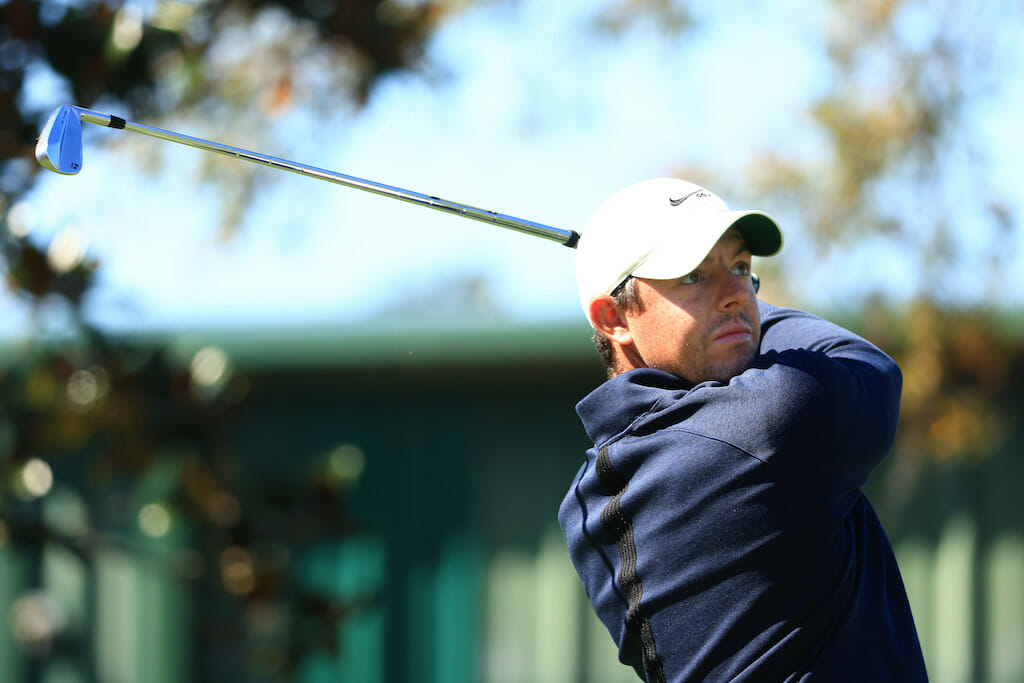 Rory McIlroy is facing a Texas shootout against World No. 1 Dustin Johnson if both players reach Sunday’s final of the WGC – Dell Match-Play Championship in Austin.

McIlroy has been drawn in the second side of the 64-player draw and his first-up opponent on Wednesday will be England’s Ian Poulter on the spectacular Austin Country Club course laid out along the Colorado River in the Lone Star State capital.

The four-time Major winner then faces American Lanto Griffin in the first match on Thursday and Aussie Cameron Smith in Friday’s final round robin match. The leading player in each of the 16 groups will then head to Saturday morning’s last eight ahead of the afternoon’s semi-final to determine Sunday’s final pair.

Johnson is out in the penultimate group on Thursday against the World No. 61 ranked Adam Long before tackling Scottish lefty Robert MacIntyre on day two and Kevin Na on Friday. MacIntyre is making a first appearance in the €8.8m event and the 24-year-old, who captured a maiden pro win late last year in Cyprus, is not all that fussed about tackling the reigning Masters champion.

“It doesn’t matter who I play as there are still three guys to get past,” said the Scot. “Yes, it’s a big draw but it’s where you want to be so no complaints. I’ll mark their cards and they’ll mark mine and we will see who goes through in the end.”

If Johnson gets through the round robin matches, he could be facing the likes of Bryson DeChambeau and Collin Morikawa whereas McIlroy could face World No. 2 Jon Rahm or fellow Irishman Shane Lowry. Lowry’s in the grouping with Rahm, American Ryan Palmer and 28-year-old Columbian Sebastian Munoz.

Lowry will need to improve on last week’s closing 27-holes at the Honda Classic. The Open Champion was lying in second place mid-round on Saturday but posted a round of 74 and then matched that score on Sunday to let a big bag of Ryder Cup points slip in finishing just inside the top-40 at one-over par.

The good news for Lowry is he retained his place on the European ‘World’ points standings and that’s five places outside of the four that will be automatically selected.

And if Harrington was picking his team on their aquatic ability, Lowry would be first on the table given the splash he made, fully clothed, into the pool of his Palm Beach Gardens rented house. Harrington, residing with the Lowry’s, was videoing his now regular post-tournament Twitter message when Lowry emerged to jump into the pool.

“Here comes the owner of the house about to jump into his pool,” said Harrington laughing. Then as Lowry emerged, Harrington remarked: “The golf didn’t go as good this week as we would have liked but the craic was good.”