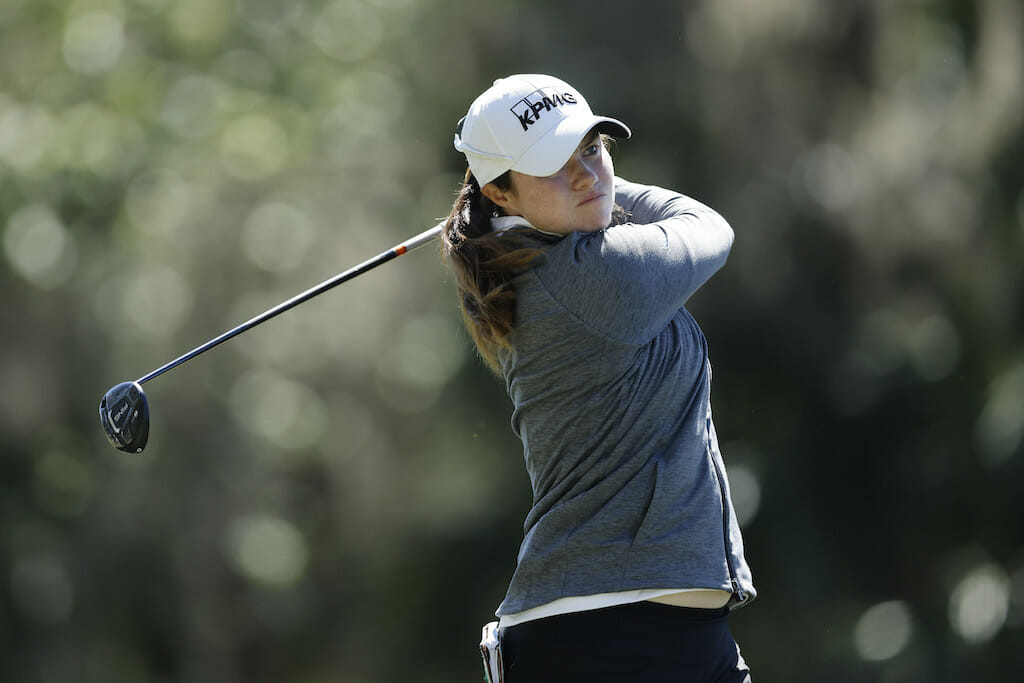 Leona Maguire insisted patience paid off after she birdied her closing two holes in a two-under par 70 to grab a share of sixth at the LPGA’s Drive On Championship in Florida.

Fresh off a tied-16th result last week at the Gainbridge LPGA, the Cavan professional recovered from bogeys at her opening two holes to card six birdies in total on a roller-coaster final day, finishing with a four-round tally of five-under for a share of sixth at a wind-swept Golden Ocala.

“I think the biggest thing was staying patient all week, especially the way the winds gusted and especially when I made the turn here, 10, 11, 12,” Maguire reflected, having played that three hole stretch in one-under.

“I didn’t get off to the best start today. Birdied the first two holes but didn’t feel like I did an awful lot wrong. And got on a nice run, birdied three in a row [from the fifth] and then just tried to be smart, hit a lot of greens, and then holed a couple putts on 17 and 18 coming in.”

It was the third time in the week that Maguire birdied her closing two holes, a testament to her never say die attitude on the golf course that extends far beyond her 26-years and fledgling professional career.

“I suppose it is something that I’ve always prided myself on, the way I bounce back after I drop a few,” Maguire said. “It’s not a golf course you can chase on. You can’t force things out here. If you do you can rack up a number very quick.

“It was just staying patient. I knew there were chances coming on 4, 5, those sort of holes on the par-5s. Took advantage of the par-5s today. I think I birdied all of them which comes in very handy. It’s just that kind of golf course. The way the greens are and how firm they are you take the pars on some holes and try and make birdies on the ones what are there and try not to beat yourself up too bad.”

That attitude paid dividends with Maguire banking a cheque worth $47,257, valuable ranking points and further confidence in a year packed with opportunity given Solheim Cup and Olympic hopes for 2021. For now, it’s back to base at Lake Nona and some competitive practice ahead of a return to competition in two weeks’ time.

“Back to Orlando,” Maguire confirmed. “I am a member of Lake Nona now, so, yeah, back there. Yeah, maybe take a day or so off, get back just fine tuning everything again. More of the same of what I did before these first two events. My game is in pretty nice shape, which is good. Just a case of fine tuning everything. Get a few games in with the girls there. A few games with Annika before these two events, maybe see if she wants to play again.”

Meanwhile Stephanie Meadow birdied the 15th and 16h holes, cancelling out two early bogeys in an even par round of 72 for a one-over tally and a share of 34th. At the head of affairs, American Austin Ernst carded a closing 70 to take the title and $225,000 first prize by five strokes at 15-under par.

“I think it’s just really cool to be in the heat of it all week and to be able to perform the way I did,” Ernst said. “To hit the shots I hit, and to shoot the scores I shot, I think it’s just kind of testament to me, that I can do this week in and week out and just if I have a little belief myself kind of what I can do.”on