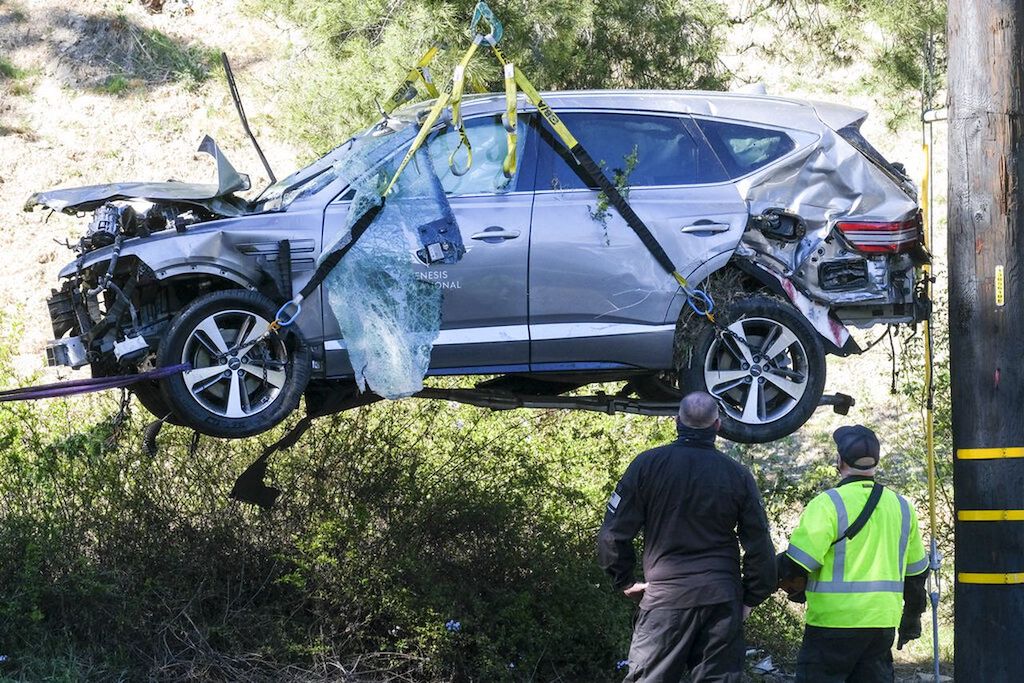 Tiger's car after the crash

Not that it really matters at present as he lies in a hospital bed unable to move but Tiger Woods will not face criminal charges over Tuesday’s horrific accident in suburban Los Angeles. The Los Angeles County Sheriff also has now formally confirmed the 15-time Major winning Woods was not under the influence of alcohol or any other substance that could have impaired his driving.

This was the news from Sheriff Alex Villanueva following the one-vehicle crash near the border of Rolling Hills Estates and Rancho Palos Verdes, about 30 miles south of downtown Los Angeles. Villanueva said the department is considering it an accident, which could lead to a misdemeanour at most.

“He was not drunk, so we can throw that one out,” said Villanueva. “We do not contemplate any charges whatsoever in this crash,” Villanueva added … “This remains an accident. An accident is not a crime.”

During a press conference Tuesday, Los Angeles Sheriff’s Deputy Carlos Gonzalez said the area where the accident occurred is known to have had several accidents in the past.

“That specific stretch of roadway is one of our trouble spots,” Gonzalez said. “Our locals in Rancho Palos Verdes and Rolling Hills Estates know that it’s a hotspot for traffic collisions as well as speed. As a deputy who is traffic-trained and has a traffic car, I have seen many collisions. The fact that he was wearing a seatbelt, I would say that it greatly increased the likelihood that it saved his life.”