PGA Championship to permit 10,000 spectators a day at Kiawah Island 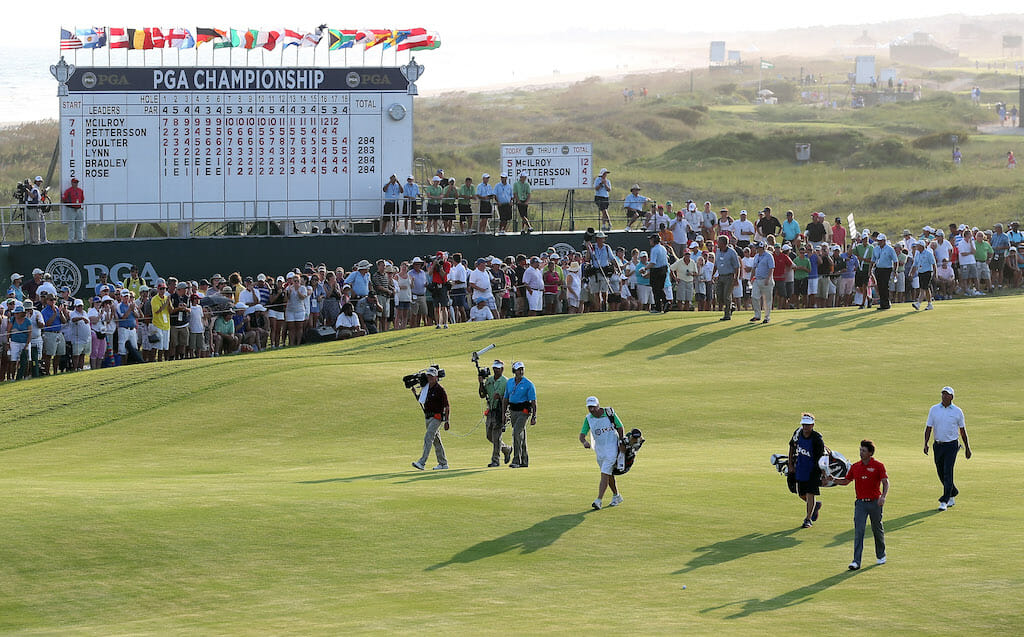 Rory McIlroy walks to victory during the Final Round of the 94th PGA Championship at the Ocean Course on August 12, 2012 in Kiawah Island, South Carolina. (Photo by Ross Kinnaird/Getty Images)

Lost in the shock of Tiger Woods’ car crash is news that the 2021 PGA Championship in May will be played with approximately 10,000 spectators allowed on the course at Kiawah Island, South Carolina.

The PGA of America said Tuesday that the decision to admit a limited number of fans for each round of the May 20-23 tournament was made in conjunction with the state of South Carolina, MUSC Health and the Centers for Disease Control and Prevention.

“We’re excited to welcome spectators back to the PGA Championship this May in a way that is responsible and aligned with current South Carolina health protocols,” said PGA of America President Jim Richerson.

“While we wish we could accommodate the sellout crowds who had purchased tickets, the 2021 PGA Championship will be steeped in gratitude as the best players in the world compete on the historic Ocean Course at Kiawah Island Golf Resort. While crowds will be smaller than originally planned, we know the passion for golf in the Carolinas will create a memorable atmosphere on-course and excitement throughout the region.”

Collin Morikawa will defend his 2020 PGA Championship, which he won in August with no spectators present at TPC Harding Park in San Francisco. Fans, staff and volunteers attending the 2021 tournament will be required to wear face coverings and maintain appropriate social distancing.

Rory McIlroy will return to Kiawah Island where he won the 2012 PGA Championship.