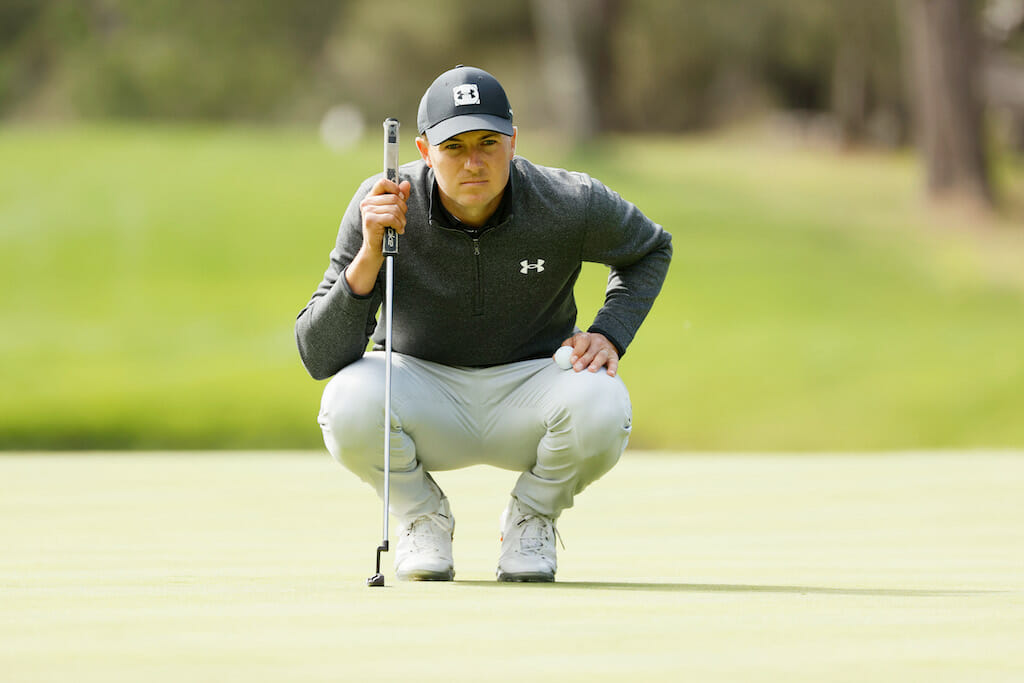 Seamus Power missed his third PGA Tour cut on the spin after falling one shot shy of the halfway mark at the AT&T Pebble Beach Championship where Jordan Spieth leads by one in California.

Starting on the back nine at Pebble Beach, Power looked to have recovered from a difficult opening nine that saw him out in two-over 38 before tackling the easier front nine on the way home. He missed from seven feet for birdie at the second but got one shot back with a great approach to the third. Two more birdies followed good approaches at 4 and 5 before two great chances slipped by the hole from nine feet on 6 and eleven feet on 7.

At one-under par for the tournament, however, the 33-year old was inside the projected cut-mark but according to the PGA Tour shot tracker, he would miss his par putt from 17 inches on the eighth, his penultimate hole before parring the last in a round of 72 for an even par tournament total to miss the cut by one.

Twelve shots better off and sitting pretty atop the board as his resurgence continued apace at Spyglass Hill was Spieth who looked to have his swagger back in posting six birdies in a five-under par round of 67. It’s only the third time Spieth has been minus-12 or better on the PGA Tour while he’s 6 for 11 in converting 36-hole leads into victories, albeit he hasn’t won since 2017.

“I’m in great position after the midway point,” said Spieth, who’ll look to draw on last week’s near-miss at the Waste Management Phoenix Open having co-led entering the final round.

“I feel a little bit improved off of last week, which was the goal this week, to just try and feel like I’m getting better each day. Yeah, I made — I haven’t made a ton of like longer putts, like in order to be in the lead like normal, which is probably a really good sign, that I’m keeping the ball in front of me and striking it really nicely and a couple mistakes here or there, other than that it was really clean.

“[Last] Sunday was really good for me to just kind of be able to learn a little bit from the tendencies, especially as I go into the next two days. I’m just trying to kind of get more comfortable being towards the top of the leaderboard and kind of feeling those nerves. You start to get more comfortable the more often you’re there, and these two days playing with or around the lead for at least the back nine yesterday through most of the round today, I felt a lot more comfortable than I did last week, which is a good sign. So not to say that it won’t be a significant challenge the next two days, but I would say equal progressions each day.”

There’ll be no shortage of challengers ahead of an exciting weekend with Daniel Berger primed just a shot behind Spieth at 11-under after finding route 66 to the clubhouse at Pebble Beach on Friday. Sweden’s Henrik Norlander carded a round of 70 at Spyglass Hill to drop to outright third at 10-under while English duo Tom Lewis and Paul Casey are next best alongside Patrick Cantlay at nine-under par.