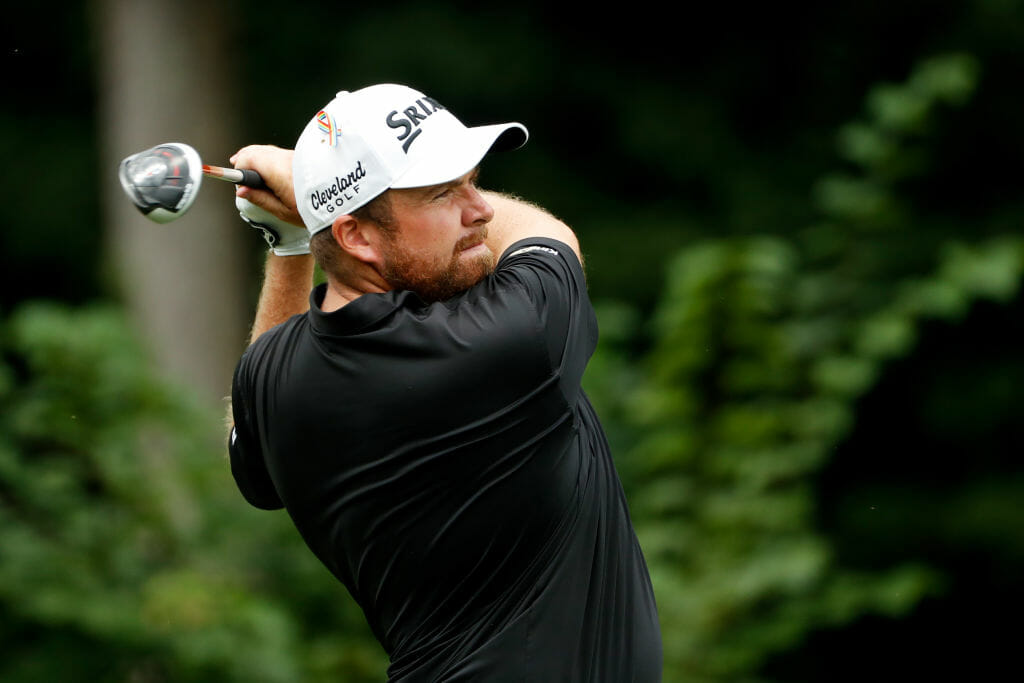 Shane Lowry was content with his moving day efforts despite ruing a couple of back nine bogeys that put paid to his title chances at the Saudi International.

The Clara star posted five birdies in a second straight three-under par round of 67 but trails world number one Dustin Johnson who leads atop the board at 13-under par after hitting route 66 with his round on Saturday. Lowry, who reverted to his own putter after experimenting with one donated to him by Tyrrell Hatton’s caddie, Mick Donaghy, was four-under par on his round through 12 holes before a momentum stopping ‘6’ at the par-5 fourth, his 13th hole of the day. He also bogeyed his 16th before picking up one more birdie at his penultimate hole but at six-under for the tournament, Lowry is eyeing up a double-digit under-par return for the week in what will be a satisfying finish to his desert swing.

“I was struggling with my putting and I was talking to Mick about it and he said he had a spare putter in his hotel room, so I said: ‘I’m happy to give it a try, so I did on Thursday’,” said Lowry.
“So, I tried it and tried it on Thursday, and very badly so I went back to my own. I came back to the course late on Thursday with Bo (caddy) and the putting green was very quiet, so we spent about an hour just working with my own putter just trying to get my feel back and then came out on Friday for that good score which was nice.
“I’ve putted lovely over the last two days and I am happy. I am trying to be just a bit more instinctive, thinking less about the actual stroke and more about where the ball is going. I was definitely thinking too much into trying to perfect my stroke as opposed to the rest of my game where I focus on playing quiet instinctive golf, and just adopt that approach also with my putting.
“Bo has seen so much of my good stuff over the past two-and-a-half years so we just had a good chat. I think it was more of a mental step for me. I’m happy with my three rounds and, to be honest, I should have had a better day today as I could have put myself in a real nice position but if I can finish in double figures at the end of the week, I will be really happy.”
Another man looking set for a big week is Ardglass professional Cormac Sharvin who’s making the most of his invite and a first appearance of the season. Sharvin outscored Lowry on Saturday, firing six birdies in a superb four-under par round of 66 to move 19 places up the board to a share of 31st at five-under. Meanwhile, defending champion Graeme McDowell carded a disappointing third round 73 to drop to three-over while Sharvin’s former Walker Cup winning teammate, Paul Dunne had earlier missed the cut at seven-over par.