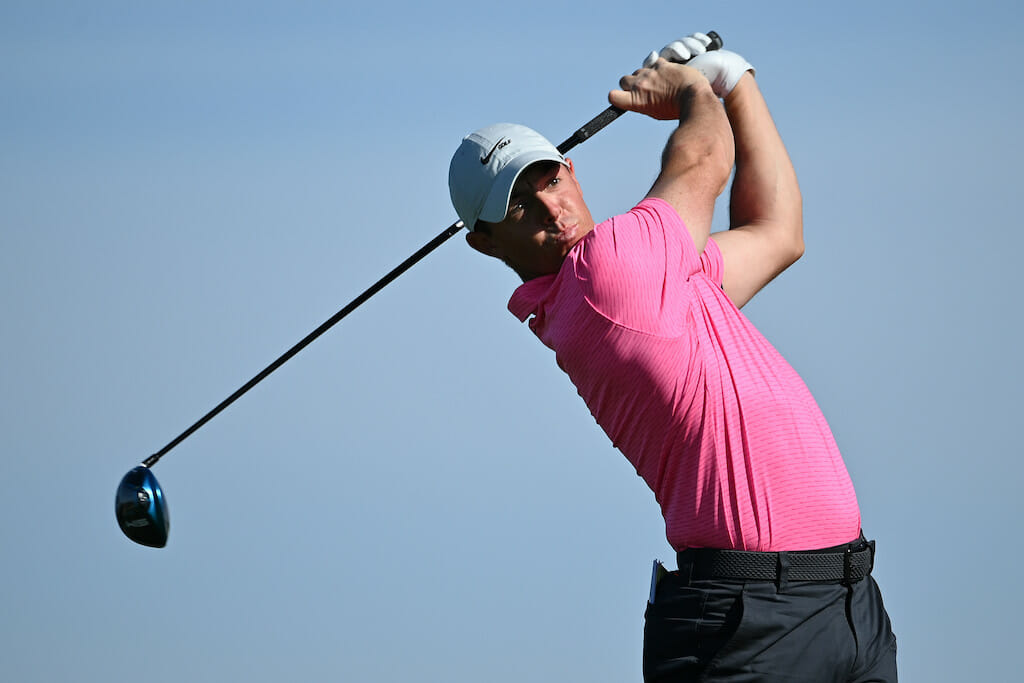 Rory McIlroy has turned on golf’s ruling bodies saying their blinkered focus on the game’s top percentile is a total waste of money and they should be using funding to develop grassroots levels of the ancient club-and-ball game instead.

In one of his most outspoken comments since turning professional over 13-years ago, McIlroy has called on the St. Andrews-based R&A and sister body, the USGA, to better turn their attention on other matters within golf and not be so determined in wishing to penalise the ultra-small percentage of pros playing the game.

McIlroy is competing for a first time at this week’s Phoenix Open, and after a day of pre-tournament interviews at the Saudi International that focussed on such issues, the four-time major champ was crying out to be asked about golf’s latest controversy. In fact, this journalist mentioned to McIlroy he did not wish to ask him about proposed changes given much of the earlier part of the day had been spent speaking on the subject with players contesting this week’s Saudi International.

Instead, I chose to ask McIlroy his thoughts on the shaft Adam Scott was using during last week’s Farmers Insurance Open and that question drew a remarkable response from the four-time Major winner. So, when the PGA Tour Media Officer Doug Milne got up and thanked McIlroy for attending the media centre, McIlroy commented:

“I can’t believe I haven’t been asked about equipment issues (smiling). I thought I would be here all day on the subject,” said McIlroy. And when McIlroy was afforded such an invitation, the current World No. 6 did not hold back:

“I think the authorities, the R&A and the USGA, are looking at the game of golf through such a tiny little lens (forming a circle with his index finger and thumb and putting it up to his right eye) that they are trying to do is change something that pertains to 0.1% of the golfing community,” he said.

“The thing is, 99.9% of the people who play this game play golf for enjoyment and entertainment. They don’t need to be told what ball to use or what club to use. We have to make the game as easy and approachable as possible for the majority of golfers.

“We need more younger people in the game, we need more minorities in the game. That’s how we keep the game going for the next 100 years.” – Rory McIlroy gives his HOT take on the Distance Insights Report. @shanebacon and @damonhackGC react. pic.twitter.com/EYUZasfZPM

“I heard Mike Davis (USGA CEO) say something about the game and that we are trying to protect golf for the 100-years. This is not how you do it (screwing his face and shaking his head back-and-forward) not by … this is so small and so inconsequential as to the other things happening in the game. It’s at the grassroots and getting more people engaged in golf. That’s the where they should be spending their money and not spending it on distance insight reports.

The R&A and USGA has called upon the leading manufacturers to provide formal comment by 4th March but it took the likes of TaylorMade, Callaway and Titleist less than 24-hours to respond. TaylorMade went public declaring: TaylorMade Golf Company firmly opposes any potential rollback of product performance or bifurcation of the rules in any form as we believe these movements will be detrimental to the game at every level.”

Mcllroy added: “If they want to try to make the game more difficult for us or more — try to incorporate more skill to the game, yeah, I would be all for that, because I think it only benefits the better play, which I feel like I am. It’s just not — I think maybe they said that in terms of local rules and maybe some sort of bifurcation, but we are such a tiny portion of golf. Like golf is way bigger than the professional game. We’re such a tiny part of it. It’s the other stuff that really matters and that’s the stuff they need to concentrate on.”