Honours even for GMac, Lowry & Sharvin as Horsey gallops to the front 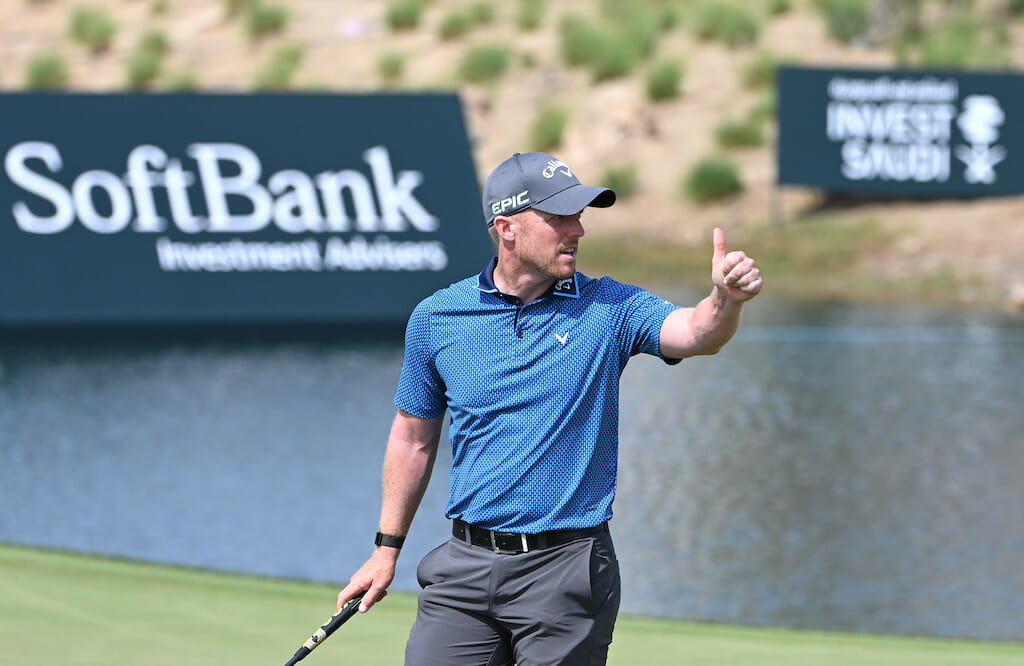 There wasn’t much to shout about on day one of the Saudi International for Ireland’s traveling quartet with Graeme McDowell, Shane Lowry and Cormac Sharvin all returning even par efforts on the final leg of this year’s desert swing.

Defending champion McDowell found himself out in the afternoon half of the draw and managed four birdies but far too many errors in an opening round of 70. Two bogeys and a double meant the 41-year old made no forward progress at Royal Greens Golf and Country Club and shares 72nd alongside Open Champ Lowry and Ardglass pro Sharvin.

It was a similar story for Lowry who has been struggling to score so far this season; just one birdie and one bogey to show for his opening day effort. Sharvin managed four birdies but was understandably rusty on his first appearance of the year, also posting four bogeys in a round of 70 that gives him every chance of making the weekend cut.

Paul Dunne will need to go low if he’s to make weekend progress despite starting best of all four Irish today. The 2017 British Masters champion returned from a long absence to be two-under par through 12 holes before a quadruple bogey 8 hauled him back to earth on the unlucky 13th. Another bogey on 15 saw Dunne home in 73, needing more tomorrow to ensure all four rounds.

There should be no such worries for England’s David Horsey who was on 59 watch before posting a superb nine-under par round of 61 to head the field into day two. The 35-year old found two birdies to the turn but caught fire on the way home, carding seven more in an inward nine of 28 for a nine-under tally.

“It’s a shock actually,” said Horsey. “I’ve been playing rubbish the last couple weeks. Didn’t feel like I controlled my ball the first two events. Sort of had a conversation with a pal back home last night, talking a few things through and suggested something that I work on away from the tournament. Knowing me, I thought, well, can’t get any worse, so I may as well try it and here we are.

“It’s nice to have a feel you can sort of wake up and pick up straightaway. Yeah, I didn’t really feel like I missed many shots. I holed a couple of nice, lengthy putts as well and it all adds up to 61.”

Scotland’s Stephen Gallacher was in second place after carding a career-low opening round 62 to be at eight-under. Bernd Wiesberger was third at minus-six while Bryson DeChambeau was in the six-way tie for fourth at five-under.

“Definitely very pleased,” said the US Open champ. “I was driving it a bit all over the place for the most part out there. Hit some good drives to 6 and 7. But was definitely struggling with the driver and a little bit of the irons, and I have to clean that up for tomorrow. If I can do that and put the way I did today, I’ll certainly be pleased.”