Harrington hungry to contend after moving into top-10 in Dubai 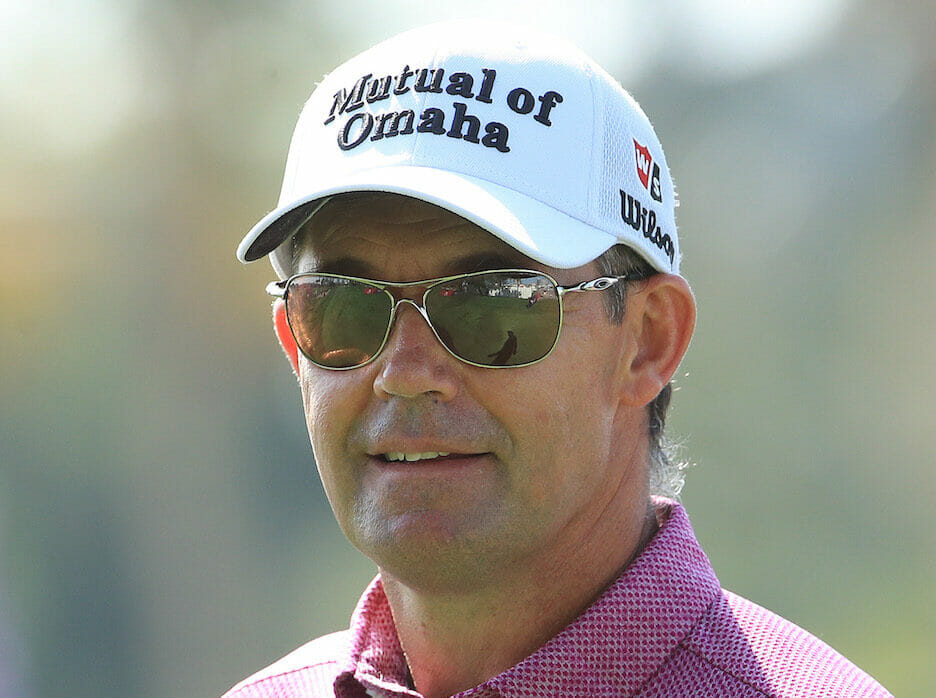 Padraig Harrington says he must get himself into contention this year or he’s off to the Champions Tour after coming up a couple shy of a realistic title charge on moving day at the Omega Dubai Desert Classic.

The European Ryder Cup Captain carded five birdies in an all action three-under par round of 69 to move to seven-under par, but would’ve watched with interest as England’s Paul Casey finished birdie-eagle to head Robert MacIntyre by a shot atop the board at 15-under.

“I’m disappointed to be at seven-under, I would’ve liked to be at 10-under myself,” Harrington told Sky Sports presenter Nick Dougherty post-round. “This is an interesting golf course because on a Sunday, you can see that there’s birdies and eagles to be made so the leaders are going to be under quite a bit of pressure to go forward.

“The chasing pack, there are plenty of guys here like Sergio [Garcia] or Justin [Rose] that are capable of shooting 64 tomorrow and that would put a lot of pressure on the leaders, unless they get away from us which maybe they will by the end of the day.”

Now eight shots back, and alongside Shane Lowry in a share of tenth at minus-seven, the Clara man firing five birdies in a bogey-free 67, Harrington will need 64 at least and a whole lot of luck to play himself into the mix at Emirates Golf Club on Sunday. That might prove a stepping stone too far for the European Ryder Cup captain as he juggles his commitments off the course with his own ambitions on it, but in a revealing post-round chat, Harrington insisted that unless he gets himself into contention on Tour this year, then he’ll be packing his sticks for the over-50’s Champions Tour next season.

“It is kind of interesting because I’m in my 50th year so I’ve set myself a goal of being competitive this year or else I’m leaving and going to the Champions Tour next year – that’s it,” Harrington said. “If I don’t contend to win a tournament this year I’m moving on so I want to play good golf.

“With the Ryder Cup, maybe the break helped because all the administration work is done, pretty much. This is my first week really where I’ve just started talking to the players. Now I’m sitting down with them saying ‘what do you think of this’… different meetings that tend to be in the evening time when golf is finished. Being in a bubble lockdown has actually been quite good that way; there’s plenty of space at the hotel and the restaurant so we can sit two tables apart and still have a private conversation. I’m just starting to get that stuff done with the leading players. I’ve worked with the rookies I suppose up to now but it’s getting serious!”

And as serious as the 49-year old Dubliner continues to treat his own golf game, a fire burning inside him just as bright as it did when he turned pro in 1995, Harrington also accepts that he’s learned to appreciate the little things away from the game that mean so much more to him now, a shift in attitude that has helped him compete into this year and beyond.

“I changed my attitude,” Harrington said of his longevity. “In 2013 I had the yips and it was always on edge out there… grinding and grinding. I think a couple of years ago I realised that I enjoy being out here, I enjoy the life and I try to enjoy myself outside the golf and not make it all about the golf. I know I’ll do the practice and all that but I’m trying to make sure I enjoy the experience and that’s given me a new lease on life.

“I mentioned the other day, I think that was the same with Tiger as well. You have a stage in your life where you focus on golf and that’s all that counts but as you get older and you’ve kids you just realise, ‘do you know what, there’s a little bit more to this’. I’m not regretting that I was very focused on my golf, that was the right thing to do at the time but certainly now I look forward to the evening time – ‘where are we going for dinner, who are we going with’, and that sort of thing. Making the effort to enjoy it more helps me on the golf course.”