Lowry finally gets his hands on AGW ‘Golf Writers’ Trophy 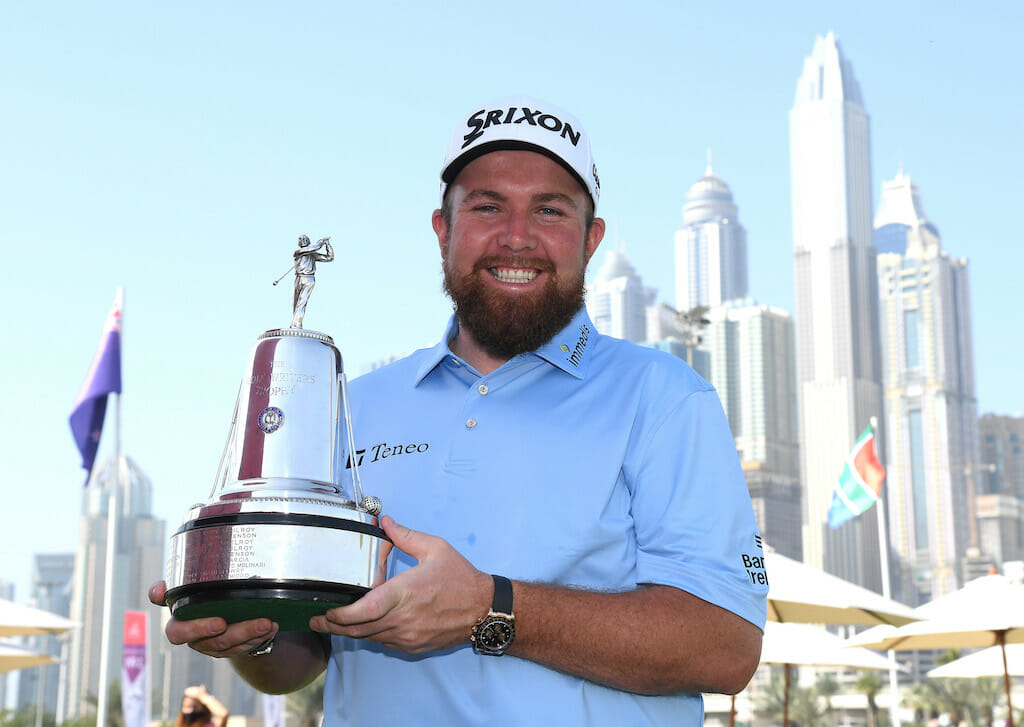 Shane Lowry finally got his hands on the prestigious Association of Golf Writers (AGW) trophy and promised it would not be the last time he won it.

The Open champion spent a long time admiring the names of the previous winners after being presented with the trophy by AGW committee member David Facey before tee-up at this week’s Omega Dubai Desert Classic at the Emirates course in Dubai.

“It’s a lovely trophy and a great honour, but looking at the names of the guys who’ve won it before me I see my fellow Irish Rory McIlroy there three times, and Padraig Harrington twice”, said Lowry.

“So, I’d better win at least once more to get some sort of parity – although three more would be better so I could have the Irish bragging rights!”

Lowry won the AGW’s top award on the back of his stunning six shot victory in the 2019 Open at Royal Portrush. The trophy is normally presented at the AGW’s annual dinner held during the week of the Open Championship. However, the cancellation of last year’s Open, and the continued disruption caused by the coronavirus restrictions, meant this week was the first opportunity to actually present Lowry with the gleaming trophy.

The Association of Golf Writers ‘Golf Writers’ trophy was first presented in 1951 with Lee Westwood last year setting an AGW record in becoming the fourth recipient of the award.