Debate rising over potential European Tour ‘Rookie of the Year’ 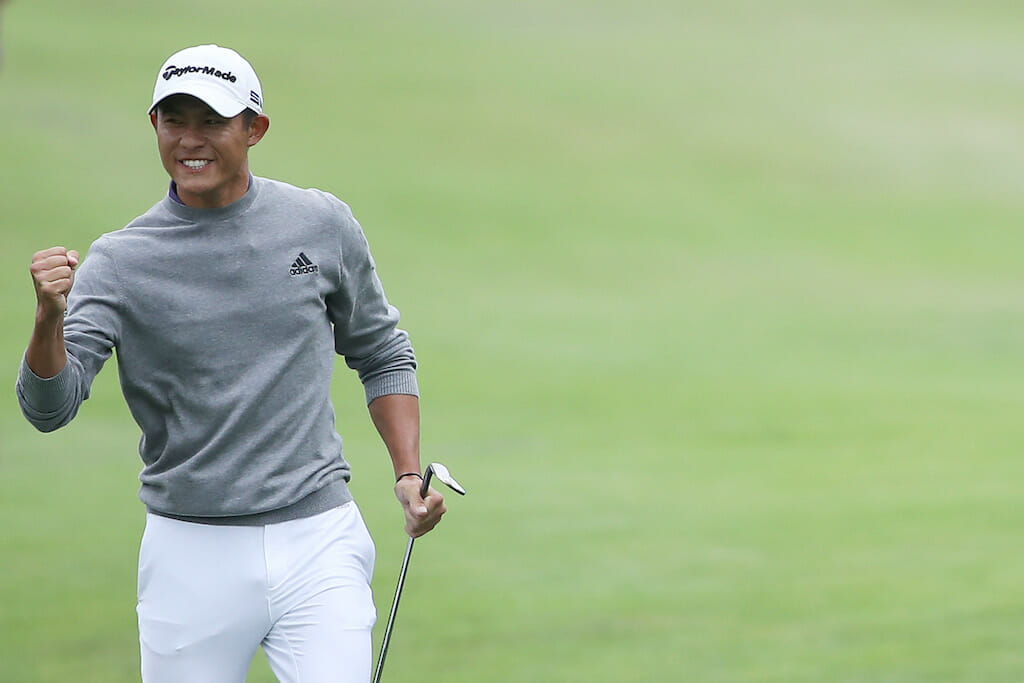 Collin Morikawa celebrates chipping in for birdie on the 14th hole during the final round of the 2020 PGA Championship at TPC Harding Park (Photo by Sean M. Haffey/Getty Images)

The choice over who will be crowned 2020 European Tour ‘Rookie of the Year’ has begun dividing opinions. Where Scotland’s Robert MacIntyre won the one-time career award by finishing as the leading rookie on the 2019 Race to Dubai, it’s not as simple in this COVID-19 hit season. Instead, the European Tour announced it is putting together a committee of four, two members from the Tournament Players Committee and two from the Tour Executive, to choose ‘Rookie of the Year’ sometime next week.

This move brings American and PGA Champion Collin Morikawa into the equation after Morikawa joined the Tour at the start of the year as an ‘Affiliate’ member. Given the nature of the season, Morikawa played no events on European soil and the only other time he’s been in Europe was in 2018 as an amateur in representing the U.S. in events in France and Ireland.

The next in line for ‘Rookie of the Year’ is 19-year-old Danish sensation Rasmus Hojgaard who, in just 13 events this year, has had two wins along with a second and a third. Many believe, including supporters of Morikawa, that a ‘home’ European in Hojgaard would be preferable as evident when a @RasmusUpdates tweet was ‘liked’ by @CollinMorikawaTracker: “Rasmus by far .. I don’t think they should veer away from their own tour in these awards”.

Morikawa can mathematically make it a very first winning double in the 48-year European Tour history by first winning the Race to Dubai, becoming the first American to do so, and then later next week being named ‘Rookie of the Year’. That in itself would be a remarkable feat that Morikawa addressed ahead of this week’s season-ender:

“It seems to be the trend that I haven’t played a European Tour event, but to be honest I knew at the beginning of the year that I was going to have a good chance to play in all the majors and before COVID happened to play in the WGCs,” said the American.

“What becoming an Affiliate’ member of the Tour did, it gave me a chance to do that and obviously with a shortened season, and winning the PGA Championship helped a lot, I hoped to make it more out here because it is exciting.

“I signed up for membership for next year already because I want to play out here. There’s a bunch of guys that I’ve never met. I’ve seen them on TV and I think they are wonderful players and there’s a couple guys that I’ve seen longer than I have on the PGA Tour. I’ve also grown up playing with Sam Horsfield and Sean Crocker my entire life, so it’s good to see a couple guys play really well, and make it out here on the European Tour.

“Like I said, we all got here through some different way. I’m very thankful for the path that I’ve taken so far but this week means a lot. It’s a big week. I came here after some good rest after the Masters and really prepped, fresh mind and looked forward to the week.”

Here is the list of those in line for 2020 ‘Rookie of the Year’ and starting with their current Race to Dubai ranking: