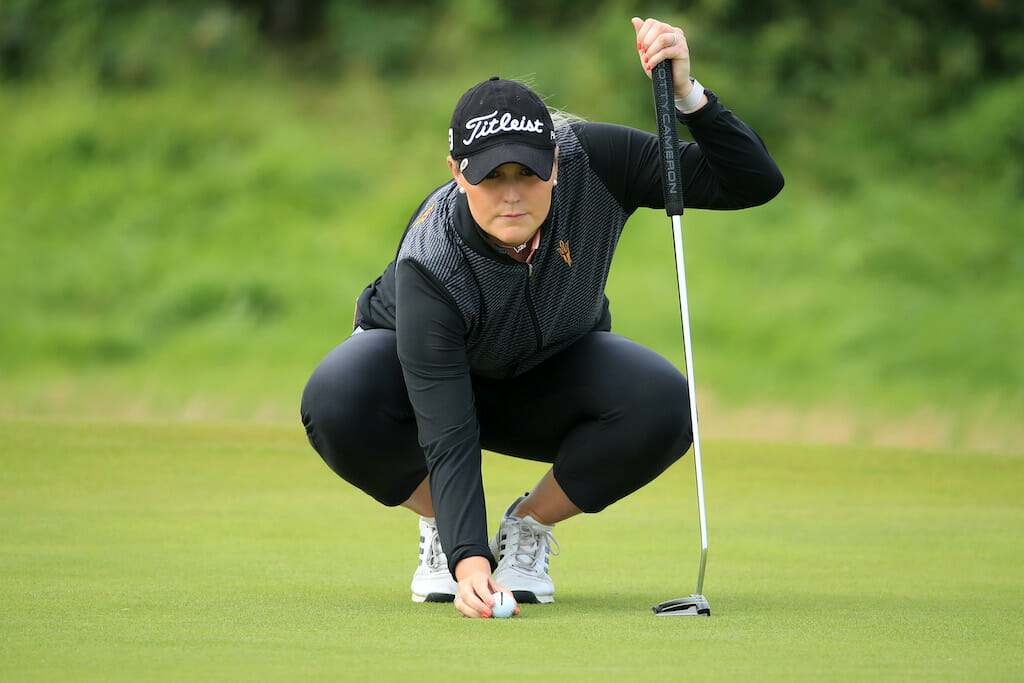 Olivia Mehaffey will fly the flag for Ireland at the last Major on the 2020 golfing calendar after Stephanie Meadow and Leona Maguire missed out on a place in this week’s US Women’s Open at Champions Golf Club.

Meadow had been on the brink of a call-up having moved up some thirty places on the reserve list ahead of the trip to Houston but missed out on the starting grid as tee-times were announced for the first two days.

Arizona State amateur Mehaffey plays the first two rounds with Americans Lindsey Weaver and Annie Park with two courses in operation this week in Texas. To account for reduced daylight given the move to December, the Jackrabbit Course at Champions Golf Club will be used in conjunction with the Cypress Creek Course, which was originally stated to host all four rounds of championship play.

“I am very excited for the upcoming US Open and I feel very grateful to have the opportunity to represent ASU and Ireland at this major championship,” Mehaffey said ahead of making her second career US Women’s Open and third LPGA Major Championship of 2020. “I have loved every moment competing with the pros in the past and can’t wait to get going.”

Already one of the most decorated golfers in the history of the Sun Devil Women’s Golf program, Mehaffey completed her fourth season in Tempe with a historic achievement. She became just the third four-time All-American in the history of the Arizona State Women’s Golf program after being selected to the Honourable Mention team by the WGCA. She joined an exclusive list of Sun Devils to have been named All-Americans after each of their four years, one that includes Sun Devil Athletics Hall of Famer Kellee Booth (1995-98) and current LPGA Tour standout Azahara Munoz (2006-09).

In addition to the WGCA recognition, Mehaffey was also one of three Sun Devils to also earn All-American distinction by Golfweek, the third consecutive year the senior accomplished the feat. Due to the unique circumstances, Mehaffey has a chance to claim a record that may never be matched. She has the potential to be the first five-time All-American not only in program history, but in NCAA history.