McDowell drops down the board as Streb takes control at RSM 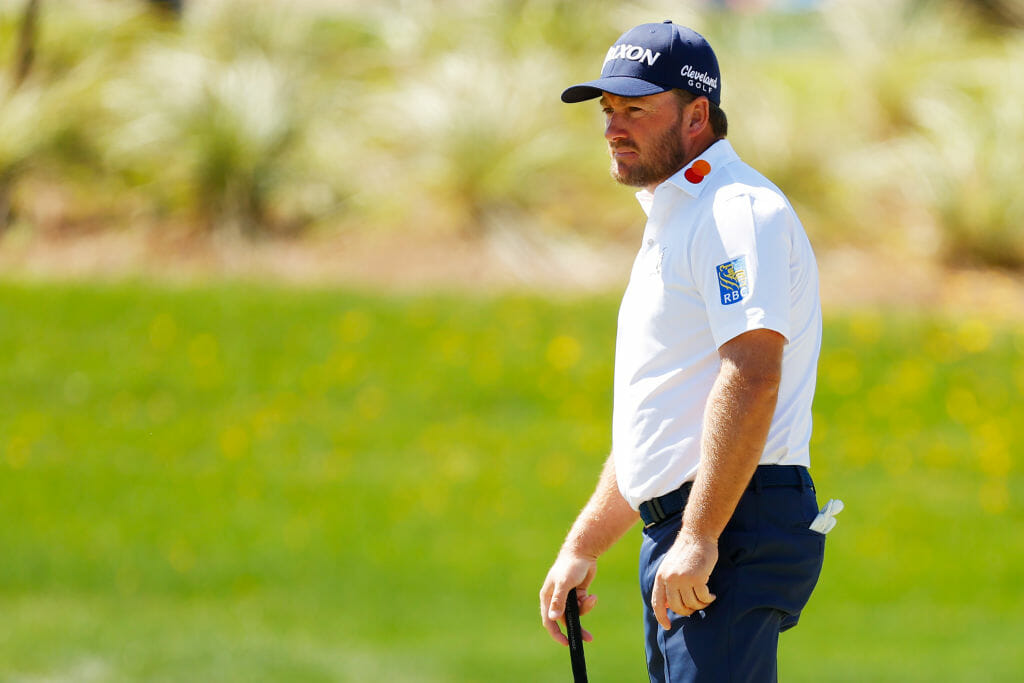 Graeme McDowell endured a frustrating moving day’s play at Sea Island as American Robert Streb built a commanding three stroke lead ahead of the final round of the RSM Classic.

McDowell sat out last weekend at the Masters after his putter turned cold at Augusta National but in truth there’s been little spark from anywhere for the Northern Irishman this week after he scrambled to an even par round of 70 on day three at the RSM. With the wind keeping players honest, GMac carded four birdies but they were each cancelled out by two bogeys and a double and at four-under par for the tournament, he shares 49th spot ahead of the final round, a full 13 strokes behind the lead.

Meanwhile Shane Lowry, who did enjoy all four rounds of the Masters – three in the company of Tiger Woods – is looking flat for that effort after only managing a moving day 71, his second in succession, to drop to minus-three for the tournament and outside the top-50. Lowry had three birdies to show for his good play on Saturday but a brace of bogeys on both nines saw him fall 13 places down the board and 14 shots off the pace.

That pace has been set by an immaculate Streb who carded three birdies in a blemish-free round of 67 to head Zach Johnson and the brilliantly named Bronson Burgoon atop the board at 17-under par. A previous winner of the RSM in a maiden PGA Tour triumph six years ago, Streb is hoping for more of the same Sunday with the winds set to ease around the Peach State layout ahead of the final round.

“Just trying to keep doing what I’m doing,” he said. “I don’t think the wind’s supposed to blow quite as hard tomorrow, so probably got to make a few birdies. Guessing a few guys will go low and see how we do.”

Camilo Villegas, 36, finds himself five back after returning an even par round of 70 on Saturday. The story of the week, the Columbian is looking to secure a first victory in six years, still recovering from the passing in July of his 22-month old daughter, Mia from a brain tumour. Villegas lost out in a play-off for the 2016 RSM title.