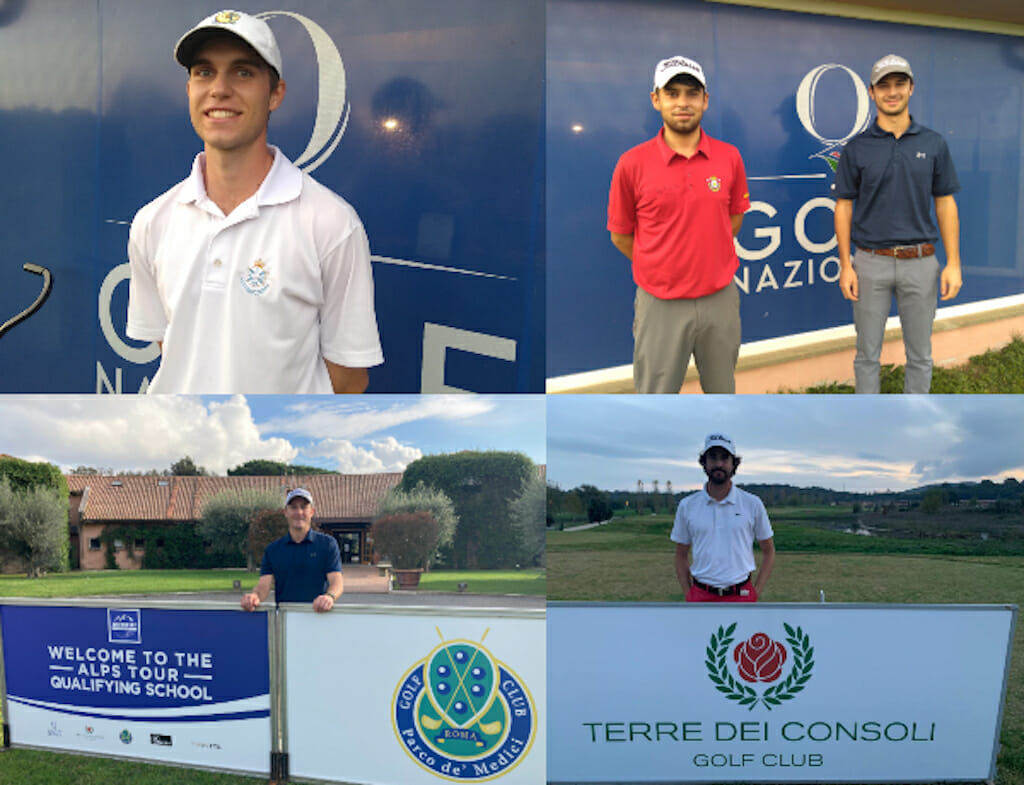 The winners on each of the courses, clockwise from top left: Roberto Garagorri, Sigot López, Alessandro Notaro, David Morago and Will Heffernan

Simon Bryan and Rhys Clarke booked their place at Alps Tour Final Stage Q-School but Kilkenny’s Luke Donnelly will have to come through a six-man playoff for one of the remaining four spots on Friday.

While the world of golf focusses on the Masters this week, 161 players teed up hoping to move through to Final Stage Q-School and some status on the Alps Tour next year. Among them was Simon Bryan who safely navigated his way through First Stage inside the top-10 on the leaderboard after returning rounds of 73 and 72 for a one-over tally.

With 36 qualifying spots available from Terre dei Consoli golf club, Clarke was quick to join his compatriot after grinding out an even par effort to add to his opening 75 to qualify in a share of 12th spot in Italy. The route isn’t such a smooth one for Donnelly who carded rounds of 75 and 77 for an eight-over tally. That was good enough for a share of 33rd but with only four spots available and six vying to fill them, it’s back to the course on Friday for a playoff.

David Morago from Spain headed the leaderboard at -4 (140) at the venue. A former Alps Tour player, he last played the circuit in 2017 and was happy with conditions in Rome: “The course was great, it’s long and wide so after three years of no competition it was perfect for my game. My game the last couple of days was great. I missed a lot of chances but in general it was really, really good and steady. So, I’m ready for the next stage.”
Full scoring HERE