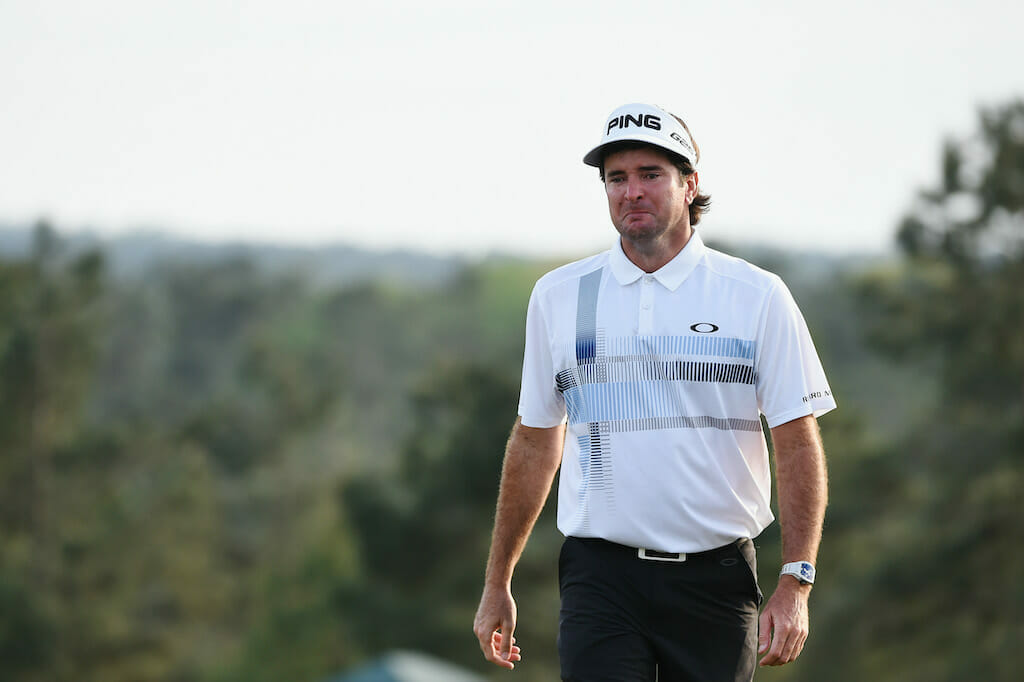 Ahead of this week’s Masters, Ping has announced that two-time champion Bubba Watson has signed a “lifetime” contract to represent the company. Terms of the agreement were not released, but Ping confirmed the contract extends the relationship well past Watson’s expected PGA Tour career.

“We’re extremely excited to make this announcement,” said John K. Solheim, PING President. “We understand it is unique in the sports endorsement world, but so is Bubba. He’s done a lot for PING over his amazing career and we felt the time was right to make this commitment to him. His skill level and creativity on the golf course have defined his career, but his generosity and compassion are what make him a great fit for PING. He’s like family to us and we’re very happy he’ll be with us for the rest of his golf career.”

Watson, who is celebrating his 42nd birthday this week, is preparing for his 12th Masters and coming off top-10 finishes in his last two events since switching to the new PING G425 driver and 3-wood.

“I’ve been playing PING equipment since I was a kid,” said Watson. “So basically, my whole life. I love the company and truly believe PING is committed to making the best equipment. I can’t thank the Solheim family enough for their support during my career. PING and the Solheim family have played a huge role in my golf career and my life. I’m very grateful they’ve put their faith in me to represent them for the rest of my career.”

Watson, whose first putter was a PING B60, has played PING clubs continuously since receiving a junior set of PING irons as an 8-year-old. He was first brought to PING’s attention by the late Billy Weir, PING’s longtime sales representative in Georgia and North Florida. A lifetime honorary member of the Georgia Section PGA, Weir retired in Watson’s hometown, where he frequently played golf with a young Watson. As he watched Watson begin winning junior events around the Florida Panhandle, he saw something special in the long-hitting left-hander. He passed his observations on to PING Chairman & CEO John A. Solheim, who also was intrigued by Bubba’s game and encouraged Weir to provide the allowable support to help Bubba further develop his game.

“I remember my great friend Billy Weir telling me about Bubba and how he had a gift to play the game like few he’d ever seen. He was not only a long hitter, he played with creativity and passion,” John A. Solheim said. “He really stood out. I first met him when he was 13 and we’ve since developed a very close friendship. He reminds me of my father Karsten in a lot of ways. Bubba is a very creative thinker who does things his own way – especially in the way he thinks about marketing. His idea to play a pink shaft and pink clubhead is just one example of his creativity, which led to us partnering with him in raising more than $250,000 for the Phoenix Children’s Hospital.”

Watson played two years at Faulkner State Community College and two years at the University of Georgia before turning professional in 2001. He signed his first contract with PING shortly after turning professional and went on to play the Nationwide Tour (Korn Ferry today) before earning his PGA Tour card at the end of 2005. During his 14-year PGA Tour career he’s won 12 times, including two Masters titles, and he has led the PGA Tour driving distance statistic five times.

“I remember signing my first contract with PING and thinking how blessed I was to be representing such an amazing company that treated me like family,” Watson said. “Without PING’s support I do not know if I would have achieved my dream of playing golf for a living. I’m proud to have the PING name on my bag when I’m competing on the PGA Tour. Like I said when I won my first Masters, ‘I never got this far in my dreams.’ Being with PING for the rest of my career makes it even more special.”