Clarke heads to celebrate in Bahamas & renew US visa 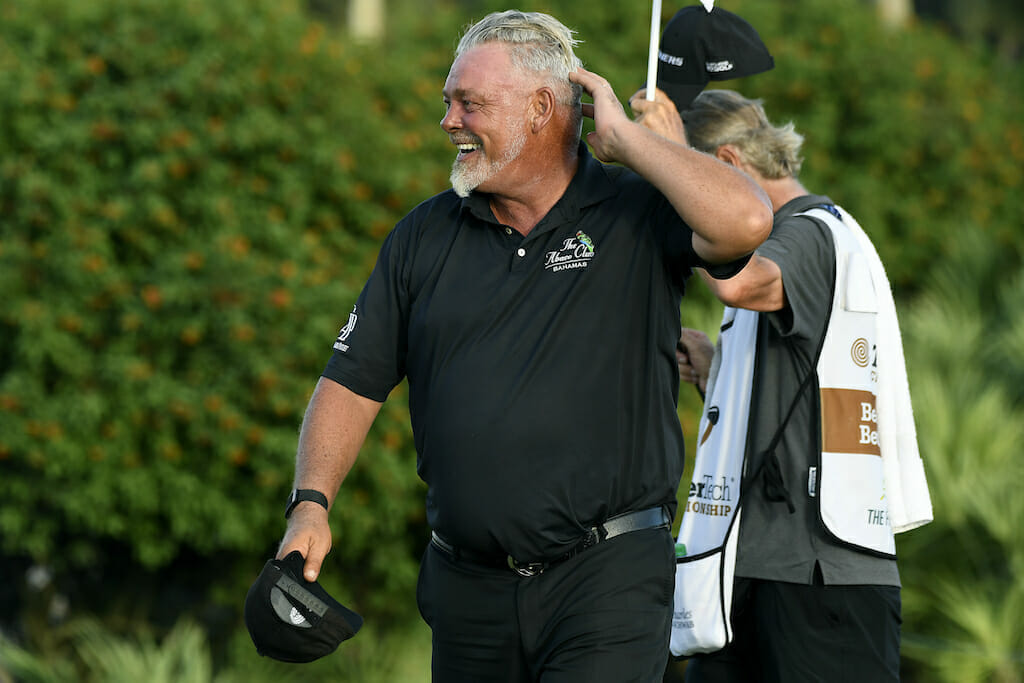 Darren Clarke is heading to beloved Abaco Club in the Bahamas to celebrate his latest victory and also renew his US entry visa.

Clarke, 52, ended a more than nine-year winless drought in capturing last Sunday’s Timber Tech Championship on the over-50s Champions Tour. It was Clarke’s first victory since winning the 2011 Open Championship at Royal St. George’s. However in winning last Sunday in Boca Raton, Clarke revealed he could not travel this week to the season-ending Charles Schwab Championship in Phoenix because of an expired P-1 visa – A US visa issued to professional sports persons and entertainers.

“All the embassies are closed and as a non-US citizen you can only go to the embassy outside of the US to have it renewed,” Clarke said. “As a result, I have to leave the country, and any other year I would be absolutely disappointed to miss Phoenix. The way it is, I’m disappointed to miss Phoenix, but it’s a rollover season for us so it won’t quite theoretically have the ramifications.”

Nine years ago, Clarke celebrated so much he arrived at a following Monday morning press conference revealing he had not been to bed, with the celebrations still continuing when he left to attend the Royal St. George’s Media Centre. Suffice to say, it was the last time an Open Champion was brought back to the Media Centre the next morning.

And instead of toasting his win with copious quantities of the amber nectar, Clarke revealed a newer side of his celebration beverages.

“I will sit down at the Flippers beach bar at the Abaco Club, drink a sea breeze and watch the boys on the big screen up there,” he said smiling. “I have a week off. Then I have another big program. My weight is fluctuating up and down, up and down, and when I get to a certain point, enough is enough.

“So I’ll have a week of fun and then I’ll be back in the gym all day. I just need to get myself back into decent shape. At least try it. ”