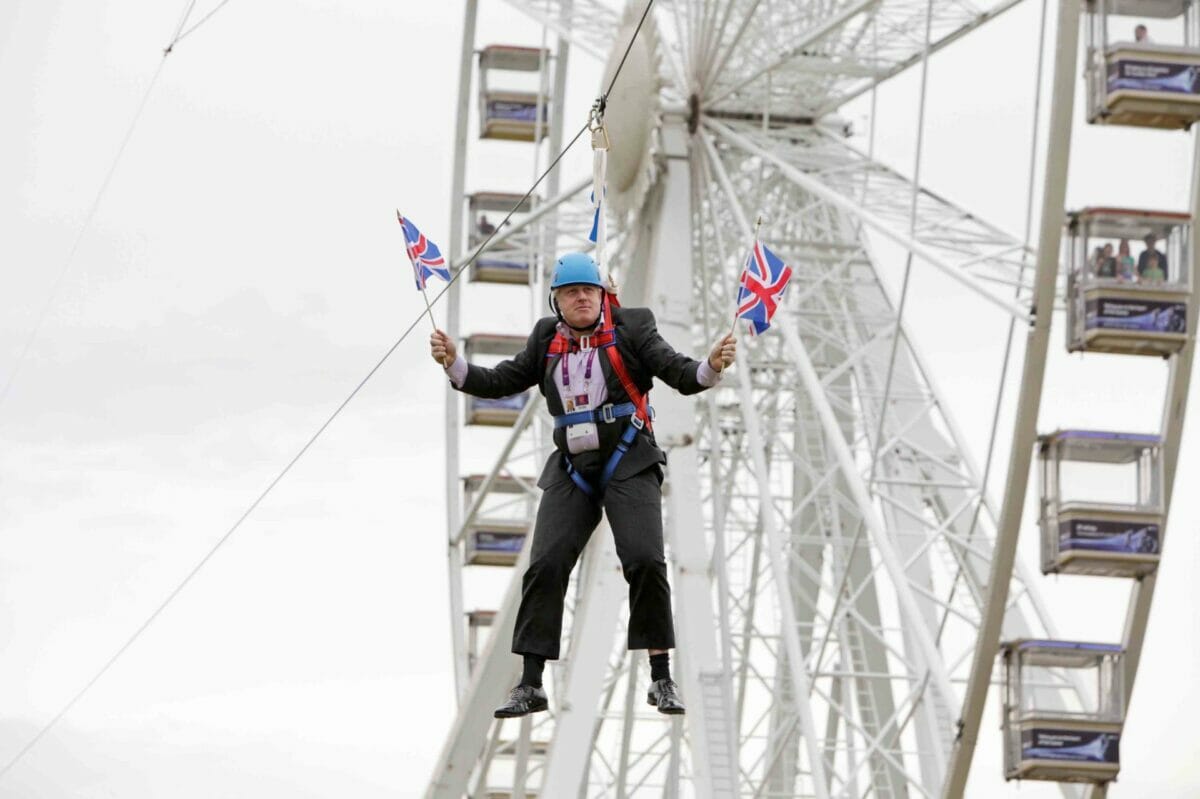 England Golf CEO Jeremy Tomlinson’s name is just one of a dozen signatures on a letter to Boris Johnson, urging the UK Prime Minister to reverse his decision around closing golf courses during a second national lockdown.

A petition that had been circulating to keep courses open gathered over 100,000 signatures in quick fast time but Johnson confirmed on Monday that a four-week golf course closure would come into place in line with the beginning of lockdown on November 5. Chair of the All-Party Parliamentary Group for Golf, Craig Tracey MP wrote the letter which was subsequently signed by a number of key figures within the game of golf, including the Executive Director of the R&A. It read:

During the lockdown implemented earlier this year, the game of Golf was able to clearly demonstrate that it could be enjoyed in a COVID safe way, which is why it was one of the first sports to be able to return once restrictions were relaxed. This was a privilege that the sport took incredibly seriously and accordingly adopted the highest possible standards to keep the participants safe, which have remained strictly in place to date. The average golf course covers a 60-hectare space, which on average would see only 96 people on it at any one time, which makes it the perfect setting for people of all ages and abilities to get their daily exercise in an extremely safe environment.

We appreciate that there are often misconceptions about who golf is accessible to, but the reality is that there are over 3m people who regularly play the game in Great Britain spanning all abilities, age groups, backgrounds, gender, and faiths. It also provides welcome access to green spaces for many people who aren’t able to access them elsewhere and has proven health benefits. Leaders in public health recognise the benefits it can offer in not just tackling physical inactivity, but also its contribution to the prevention of a range of non-communicable diseases including heart disease, stroke, diabetes as well as certain cancers.

Whilst we agree that certain measures will have to be adapted, such as closing clubhouses, these should not be seen as prohibitive to allowing play to continue. Golf clubs in England have already embraced a raft of changes with the vast majority offering online booking services, having pre-scheduled arrival times to eradicate contact with other people and rule changes which ensure players stay socially distanced. In reality, a round of golf affords greater COVID security than comparable activities of walking, running and cycling in an urban area.

In view of the undeniable health and mental wellbeing benefits that golf offers to a significant proportion of the country, we would ask that you consider exempting it from the proposed restrictions, should they come in to force on Wednesday. Should either you or any of your team require any further information, we are available to offer this at your convenience.’

Meanwhile in his SKY Sports column, former Tour player turned pundit, Nick Dougherty was also undisputedly in favour of keeping golf open across the UK: “An argument against keeping the courses open is the fact people will have to travel to them, which I understand could be considered as unnecessary travel,” he wrote.

“Something could go wrong, which would put extra pressure on the emergency services, but how often is that happening and how much of an issue really is that verses the amount of good it can do and the lives it can help through this time? If you use common sense, which is what we’re relying on people to be doing to ensure life is as safe as possible, then I’d like to think that would help turn the doubters in favour of why golf is so important for health and well-being.”