Donaldson leads in Cyprus as Sharvin drops back 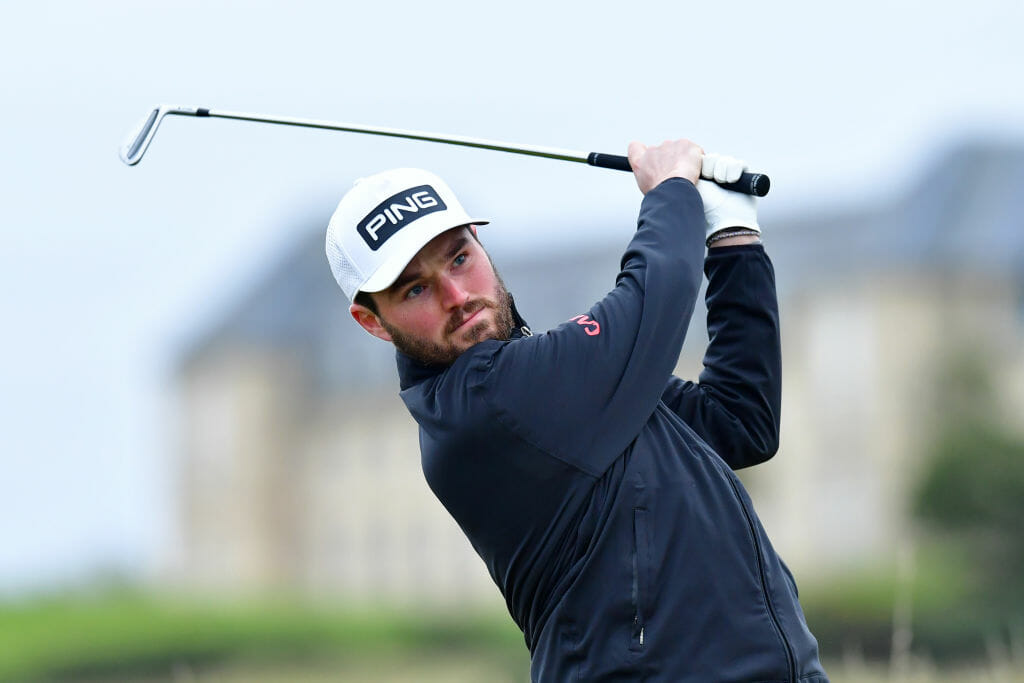 One blemish was all it took for Cormac Sharvin to undo a solid days work at Aphrodite Hills in Cyprus as his one-over par round saw him drop down the leaderboard into a tie for 45th place.

A level par front nine was steady progress for the Arglass native in tough conditions and birdies on 10 and 11 took him to eight-under par for the tournament before a disastrous quadruple bogey ‘8’ on the 16th.

Sharvin bounced back immediately with a birdie on 17 but couldn’t improve his score any further and he now sits on five-under par, nine shots drift of 2014 Ryder Cup star and tournament leader, Jamie Donaldson.

Donaldson will now go in search of his first European Tour title in more than six years as he takes a one-stroke lead into the final round with the Welshman, a three-time winner on the European Tour, having last won at the D+D Real Czech Masters in 2014.

Playing on an invitation this week, the 45-year-old birdied the last to reach the 14 under par total and move one shot ahead of five players who share second place at Aphrodite Hills Resort.

Four of those five are chasing their first win on the European Tour, including Scotland’s David Drysdale, who would equal Malcolm Mackenzie’s record of playing 509 tournaments before achieving his first victory.

Also in the hunt are England’s Marcus Armitage, Thomas Detry of Belgium and the Finnish pair of Kalle Samooja and Sami Välimäki, who won the Oman Open in March. Samooja started the third round six strokes off the pace, but carded the lowest round of the day, a seven under par 64, to move into contention.

Armitage, Detry, Drysdale and Samooja have all previously won on the European Challenge Tour.

Donaldson said; “There was a lot of good stuff. Played great at the end there, last few holes I dug in. It was just tough; the wind was blowing on the course. It was blowing up to 20 miles an hour. It made a strong emphasis on flight control. I wasn’t able to keep a couple of shots down when I would have liked to. We didn’t have that problem for the first two days, so it was a lot easier, it was more of a shoot at sticks type thing. Overall, quite happy.

“I’m just working hard, really. I’m not getting any younger so it’s a case of just deciding what you want to do, and what I want to do is play golf. It’s a case of working really hard to get back to playing decent again and contending, which is what I’m doing now and it’s great.  It just took a long time after the wrist injury.

“I played nicely today, have played good for three rounds. Tomorrow is the most important day, so tomorrow is the day I need to produce my best golf if I’m going to win. There are a lot of guys up there. I just need to go out there and play as well as I can play.”