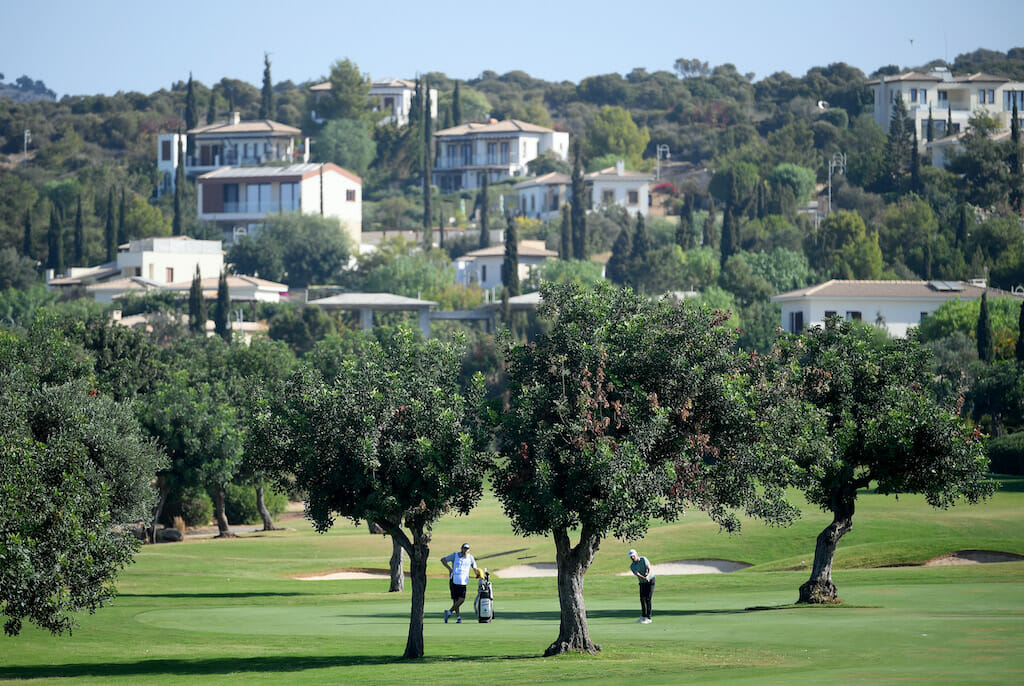 Cormac Sharvin goes into the weekend just five shots off the lead but Jonathan Caldwell won’t be joining him after he fell short of the halfway cut-mark at the Cyprus Open.

After arresting a run of four missed cuts last week in Italy, Ardglass professional Sharvin looks intent on building on that momentum at Aphrodite Hills. The 28-year old fired six birdies in a four-under par round of 67 and jumped 20 places up the leaderboard to a tie for 24th at six-under par, just five shots back of Marcus Armitage and Jame Donaldson’s lead.

Meanwhile, Clandeboye’s Caldwell will have to put the feet up for a rare weekend off after failing to fire on Friday in Cyprus. The 36-year old, who followed-up a career best share of seventh in Scotland a fortnight ago with a share of fifth spot in Italy last week, could only manage a one-over par round of 72 that left him two strokes shy of the projected three-under par cut-off with a handful of players left to complete their second rounds.

At the top, Armitage and Donaldson share the lead at Aphrodite Hills on 11-under par but will be amongst those needing to complete round two on Saturday morning as play was suspended due to fading light.

The pair will return to the course at 8:00am local time to finish their rounds. 2014 Ryder Cup star Donaldson has one hole to finish, with 33-year-old Armitage still to putt-out on the 16th green. Welshman Donaldson is five-under par for his round while Armitage, of England, is six under.

In a share of third place on ten-under par are Scotland’s David Drysdale, Englishman Richard McEvoy and Finland’s Sami Välimäki. Drysdale is playing in his 509th European Tour tournament and would equal Malcolm Mackenzie’s record of events before earning his first victory if he were to win this week.

“I’ve been working hard,” he said. “To be honest I had an injury when I came back. I missed four or five events. Trying to get fit and regain some form. My scores haven’t been great but I’ve been starting to see nine holes where there has been good ball striking – that’s trending a bit.

Välimäki, in his rookie season on the European Tour, is seeking a second win on the 2020 Race to Dubai after earning his maiden title at the Oman Open in March. McEvoy is looking for a second European Tour success to add to his 2018 Porsche European Open win.

Sharing sixth place on nine under par are six golfers including Frenchman Benjamin Hébert, who carded the lowest round of the day, a seven under par 64, and India’s Shubhankar Sharma, who has made his sixth consecutive cut.