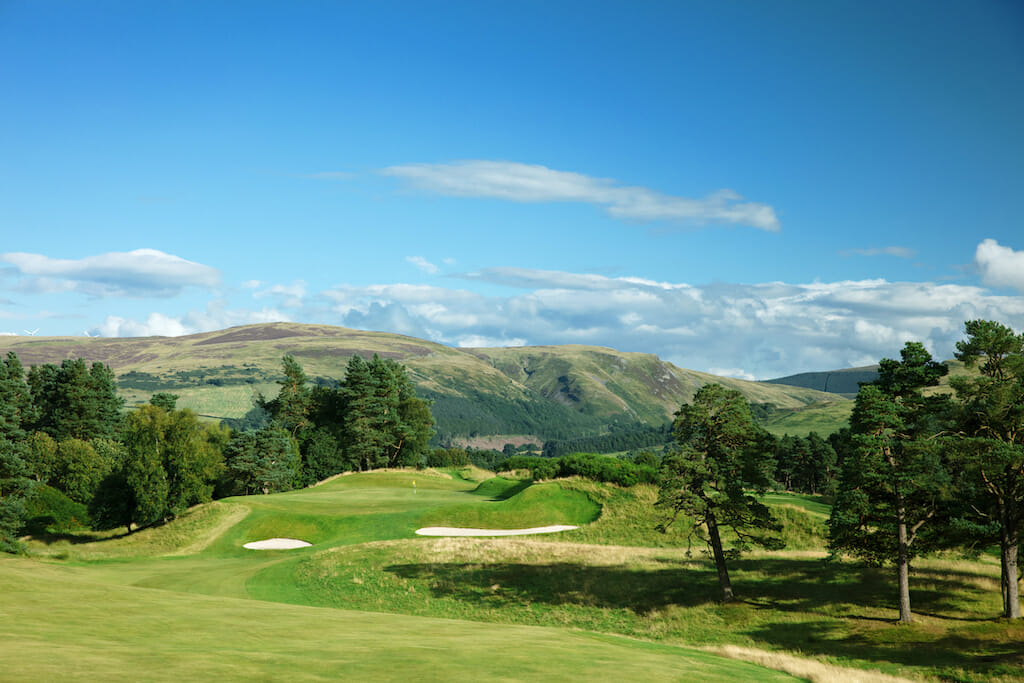 Gleneagles will host The Senior Open Presented by Rolex for the first time when the iconic Scottish venue welcomes Europe’s only Senior Major Championship in 2022.

The King’s Course on the 850-acre Perthshire estate will host the 35th edition of the tournament from July 21–24, 2022, a year after Sunningdale Golf Club welcomes the Championship’s return after its cancellation in 2020 due to the Covid-19 pandemic.

Gleneagles is no stranger to elite golf events, having hosted The 2014 Ryder Cup – the prestigious team event that Rolex has been associated with since 1995 – and 26 European Tour events since 1974. It also welcomed the Solheim Cup to Perthshire in September 2019 when Europe beat Team USA 14.5-13.5 in dramatic fashion to win the Cup for the first time since 2013.

Established in 1919, The King’s Course was the first to open at Gleneagles, closely followed by The Queen’s Course in 1924. The 1974 Double Diamond Strokeplay was the maiden European Tour event to be staged on The King’s, before Nick Faldo won his first European Tour title – the Skol Lager Individual – at the Scottish setting three years later in 1977.

The Senior Open Presented by Rolex will celebrate its 35th anniversary when the action tees off in July 2022. The Championship was first played in 1987 at Turnberry where Neil Coles became the maiden winner of Europe’s only senior Major. The last time The Senior Open visited Scotland was in 2018 as Miguel Ángel Jiménez secured a one-stroke victory over Bernhard Langer on the Old Course at St Andrews.

Rolex’s support for The Senior Open and the Legends Tour is part of a broad partnership with golf that dates back more than 50 years and permeates all levels of the sport worldwide. The Swiss watchmaker also supports the European Tour through the Rolex Series, the premium event category on the European Tour’s International Schedule, staged in a variety of world-class golfing locations around the world. Rolex also partners the PGA Tour Champions, the US-based men’s professional senior tour, along with elite players, other leading men’s and women’s tours and their governing bodies, as well as amateur and junior golf.

Johnnie Cole-Hamilton, Executive Director – Championships at The R&A, said: “This is another great ‘first’ in the history of The Senior Open and we could not be more thrilled to be staging the championship on The King’s Course at Gleneagles. With such a strong pedigree in hosting championships, The King’s is a fine test of golf and we know the players will relish the opportunity to play there.

“Adding another renowned venue to the roster is a clear indication of the continuing development of The Senior Open and I’m sure there will be a real sense of anticipation among the players and fans for our first visit to Gleneagles in two years’ time.”

Mark Aspland, Head of the Legends Tour, said: “Gleneagles has an enviable legacy of hosting world-class events, including the Solheim Cup in September 2019, and we are excited to bring The Senior Open Presented by Rolex to Perthshire in 2022.

“The Senior Open offers us the unique opportunity of visiting both traditional Open Rota venues and other world-class golf courses in the United Kingdom and The King’s Course will be no exception.

“We are no strangers to Scottish hospitality, with The Senior Open being held at six other venues in Scotland during its 33-year history, and we are looking forward to returning in 2022.”

Conor O’Leary, Managing Director at Gleneagles, commented: “We are proud of the legacy we have created from hosting both The Ryder Cup and The Solheim Cup, and we look forward to welcoming The Senior Open Presented by Rolex, and some of the world’s great players to compete on The King’s Course, a James Braid classic, which celebrated its centenary year in 2019.”

Paul Bush, Director of Events at VisitScotland, said: “I’m delighted that The Senior Open Championship will be returning to Scotland at Gleneagles in 2022, continuing the long and successful association between Scotland, the Home of Golf, and the Championship and supporting the recovery of our golf tourism and events sector.

“Gleneagles has hosted some of the sport’s biggest events and will provide a superb venue for such a prestigious Championship. Alongside The Open and the AIG Women’s Open, The Senior Open Championship will form part of an unrivalled summer of golf in Scotland in 2022, with three Major Championships alongside our regular events proving that Scotland is the perfect stage for major events.”

By 2022, a host of golfing stars will be eligible to compete in their first Senior Open, including European Ryder Cup Captains Thomas Bjørn and Padraig Harrington, 2002 US PGA Champion Rich Beem and two-time BMW PGA Championship winner Anders Hansen.