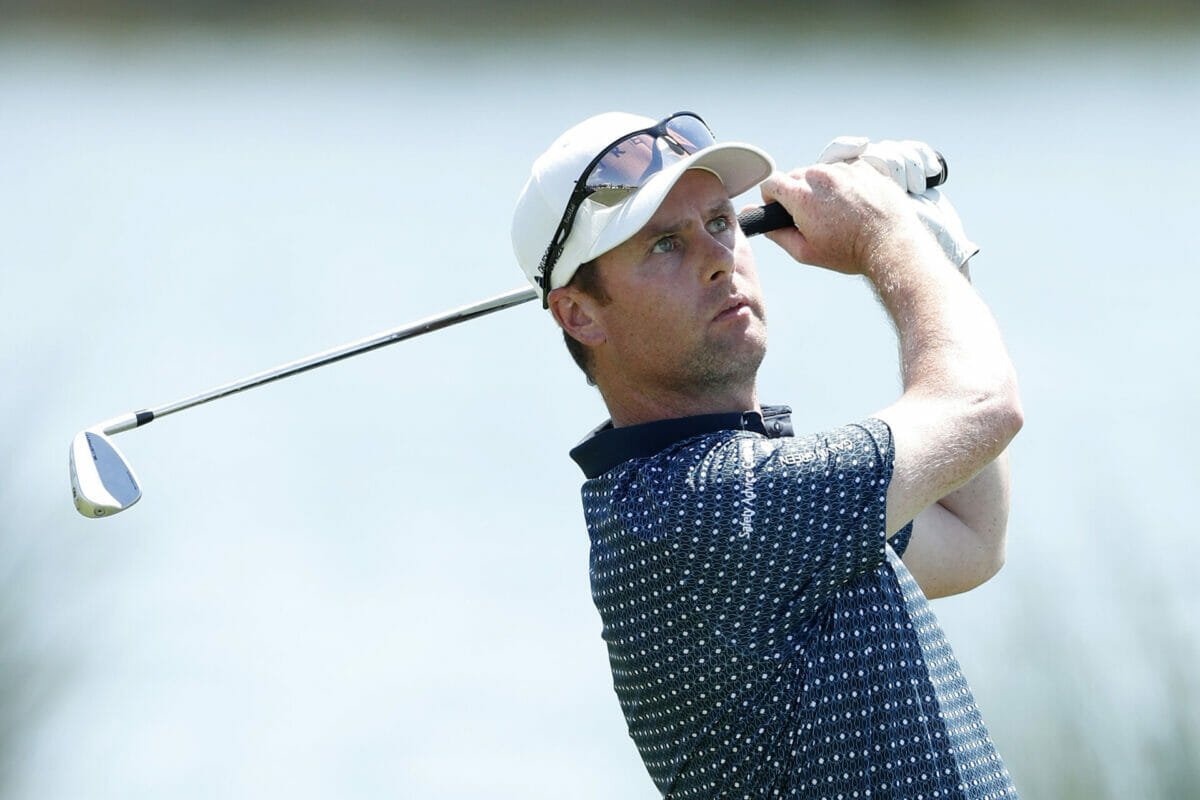 Clandeboye’s Jonathan Caldwell continues to impress in adding a four-under par 68 to his opening 67 to move into the top-10 at nine-under par heading to the weekend rounds of the Italian Open in Brescia.

A week ago Caldwell grabbed a Tour best of T7th at the Scottish Championship and now he’s on target to hopefully better that effort.

“I said at the start of the year if I aim for a top-five and happen to stumble across the line somewhere, that would be nice,” he said.

“And while it was a great result last week, it will still be just one step at a time.

“These guys are pretty good out here.”

Caldwell capped his round with birdies, for a second straight day, at the sixth, ninth, 11th, 13th and 17th holes in overcast and sometimes rainy conditions in northern Italy.

“I hit a lot of good iron shots today, not that yesterday was that bad, but I hit a lot of fringes, and it goes down as a missed green,” he said.

“I hit a few shots today where I missed the green, and I was 12 feet away. That’s why I was down for 21 putts yesterday.

“The greens are beautiful, though. Yesterday afternoon they were still good, and this morning they were fantastic.

“It’s hard not to enjoy being on the main tour after all the years on Europro and scraping it here and there. I am enjoying it and playing nicely, which helps.

“Every week I am out here is like a bonus.

“I will keep playing every week until we wear ourselves out and need some time off. It’s easy when you are playing nicely.

“I know well enough it doesn’t last forever. I will keep plugging away, do the two weeks in Cyprus and then head off to SA. That will bring us up to Christmas.”

Canter posted a second round 68 with fellow Englishman Ross McGowan signing for a 64 to be in second place on 14-under par.

Defending champ, Bernd Wiesberger, the highest ranked in the event at No. 35 in the world, signed for a 68 to be in a group at nine-under as last year’s Scottish Open champ seeks form ahead of a fifth Masters appearance.

“I’m playing just 50% at the moment and just can’t get anything golf,” said the Austrian.

“I had a couple of rough weeks with my game in defending in Scotland and then a week later at Wentworth, and where I didn’t play as I wanted to in those bigger events which, to me, was most important.

“The key event for me is now Augusta so I want to be able to just go out and play and don’t care really much about it and hopefully the real competitive juices will kick in at some point.

“So, I’m trying to play as though I’m playing with my mates but then it’s still not there where I want it 100% to be.”

As for the other Irish in the field, Ardglass pro Cormac Sharvin, with a pair of 69s and a six-under tally, is also through to the weekend.

Gavin Moynihan carded five birdies in a much-improved three-under par round of 69 but his three-under 36-hole tally fell one shot shy of the weekend mark.