Wallace joins Otaegui at the summit in St Andrews 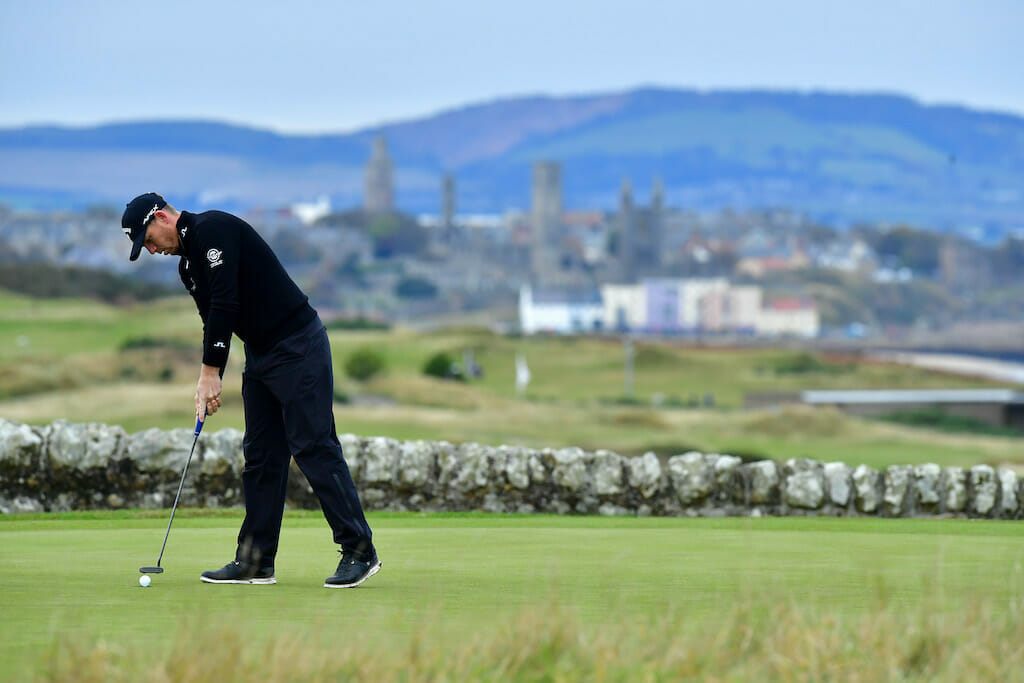 Adrian Otaegui and Matt Wallace share the lead going into the weekend at the Scottish Championship presented by AXA, with Aaron Rai just one shot back as he aims for more success in Scotland.

Otaegui came in to the second round with a three shot lead, and followed up his impressive opening round of 62 with a battling 70 at Fairmont St Andrews as he targets a first stroke play victory on the European Tour following his wins at the 2017 Saltire Energy Paul Lawrie Match Play and 2018 Belgian Knockout.

Englishman Wallace made the most of the favourable morning scoring conditions to record six birdies and a single bogey in his round of 67 to set the target at 12 under par.

“Anytime you shoot under par, like we’ve done the first two days, they’re both as good as each other,” said Wallace.

“Yesterday was obviously a really nice start to get you into a tournament and then I kind of slowed down a little bit. Today was kind of the opposite. It was kind of a slow start, slowish start, but steady and then I picked up on the back nine.”

Playing in the company of Ryder Cup Captain Padraig Harrington, the four-time European Tour winner is aiming to build on his recent good form and play his way into Team Europe next year.

“You always like to, always hope to (impress the Ryder Cup Captain) but it’s not always the case,” he added.

“It’s good that I’ve done that in front of him but I’m not sure it’ll make much difference to Padraig. He will want players to be in there on merit and then if it comes down to a pick then he’ll want someone that’s in form.

“I’m going to try and do it where I don’t need a pick this time so this is a nice start. I’m taking in some good form from the last few weeks without posting any numbers so hopefully I can do that this week.”

Aberdeen Standard Investments Scottish Open champion Rai is a shot behind the co-leaders after a round of 67 that included two eagles in his first six holes, with Adrien Saddier of France a stroke further back on ten-under par.

With the weekend cut mark falling at even par, both Cormac Sharvin and Gavin Moynihan missed out at one-over while Niall Kearney was a withdrawal after round one.